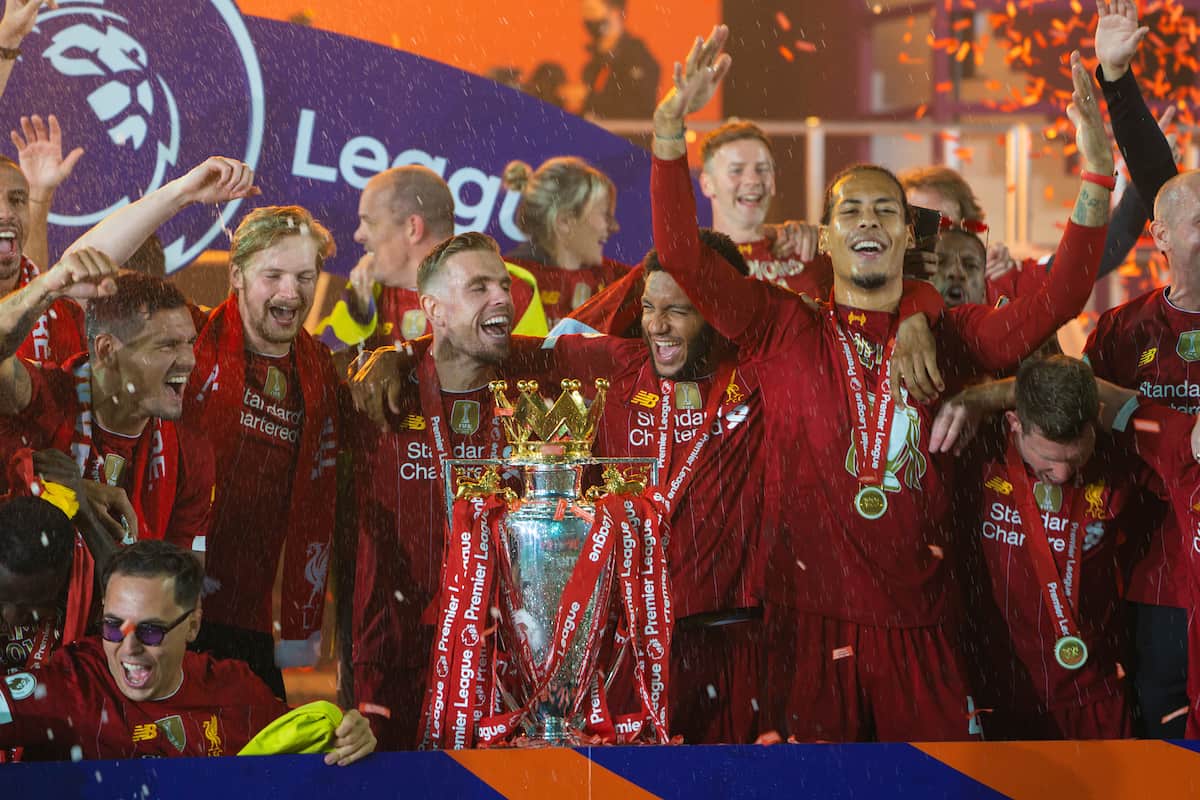 Liverpool are now considered to have the most valuable squad in world football, despite a study highlighting how six other clubs have spent more on their first team.

The Reds spent astutely in the summer transfer window, with Thiago, Diogo Jota and Kostas Tsimikas coming in for a combined £81.75 million, as the likes of Rhian Brewster, Ki-Jana Hoever and Dejan Lovren left, recouping £51.4 million.

Thiago‘s arrival, in particular, was seen as masterstroke, especially given the initial payment of just £5 million that landed the Spaniard from Bayern Munich.

In reality, the Reds’ new No. 6 is a player worth considerably more, with Transfermarkt valuing Thiago at £43.2 million – it would be even higher were he not now 29, with value naturally diminishing with age.

The signing of Thiago has helped push Liverpool to the top in terms of the most valuable squad in the world, with the same outlet valuing the 28 players who comprise Jurgen Klopp‘s first team at a combined £991.08 million.

Remarkably, Liverpool’s squad is valued at over £200 million more than third-placed Barca, which highlights the gulf between the two clubs at present.

It is undeniable that Liverpool have spent heavily in recent years, though this has been largely offset by their winnings and big-money sales. 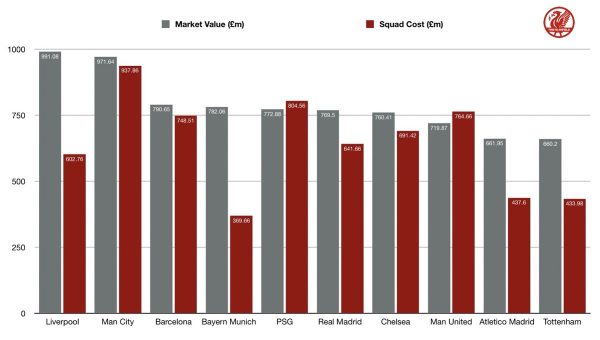 However, interestingly, the latest study from the CIES Football Observatory reveals Liverpool’s first-team squad was assembled for the seventh-most money across Europe’s top five leagues.

They report that £602.76 million was spent on Klopp’s squad, which is a massive £388.32 million less than their market value.

City have spent the most to assemble their squad, with Pep Guardiola’s side put together for £937.86 million, which is just £33.78 million less than they are valued on the market – or, in other words, about half a Ruben Dias.

Of the other five clubs to have spent more than Liverpool, PSG and United both overpaid on their squads, with United extracting the worst value having shelled out £44.48 million above market value.

Barcelona, Chelsea and Real Madrid make up the rest of the top six, but the only elite side to have found better value than the Reds is Bayern, whose squad is valued at £412.4 million higher than the fees paid.