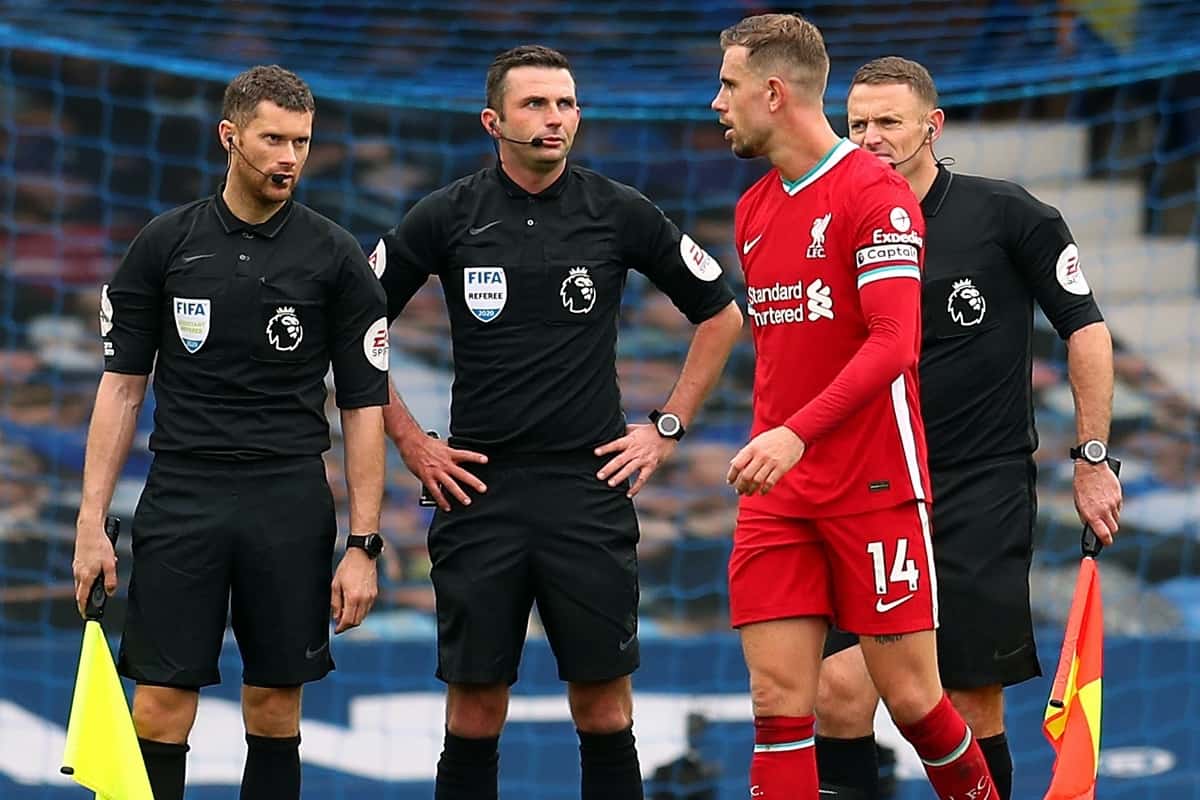 Liverpool have asked the Premier League to review the application of VAR in two pivotal incidents during their 2-2 Merseyside derby draw with Everton at Goodison Park.

Manager Jurgen Klopp was fuming that Jordan Henderson’s potential winner in added time against 10 men was ruled out for a barely-perceptible offside decision against Sadio Mane.

He was also at a loss to explain how Everton goalkeeper Jordan Pickford had not been dismissed and conceded an early penalty for a knee-high challenge on Virgil Van Dijk.

The lunge ended the Netherlands captain’s afternoon and could see him set for a spell on the sidelines after he went to hospital for a scan on a knee injury.

Pickford escaped punishment as Van Dijk was offside in the buildup, although it is understood VAR official David Coote subsequently did not check for a potential red card, despite having the power to do so, after making a ruling on the first infringement.

The PA news agency understands Liverpool have called into question the failure to scrutinise Pickford’s challenge on Van Dijk and take appropriate action, and have also asked for clarity on which part of Mane’s body was deemed to be offside and the moment that VAR decided to freeze the frame.

It is understood dialogue between top-flight clubs, the Premier League and the PGMOL (Professional Game Match Officials Board) is encouraged and happens regularly.