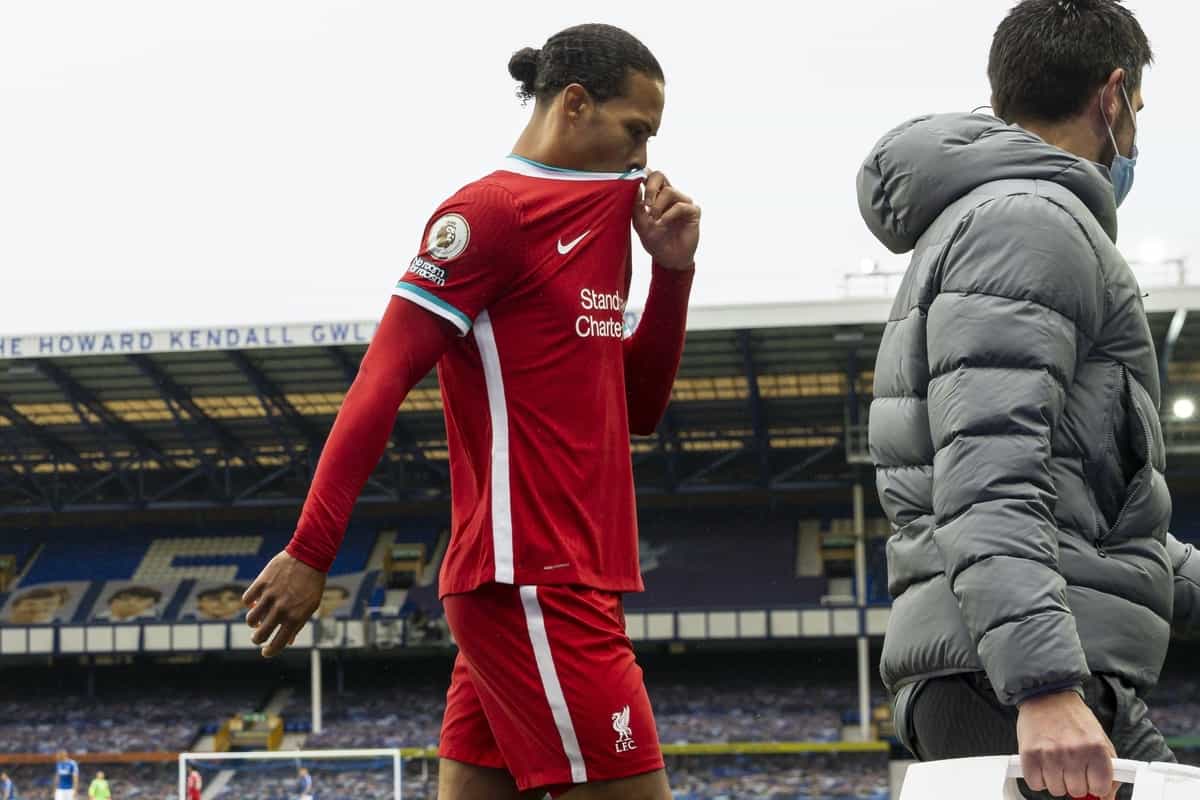 Virgil van Dijk‘s knee injury is said to be “worse than initially feared,” and despite ruling him out for the rest of the season, Liverpool may not sign another centre-back.

On Sunday, the club confirmed that Van Dijk had suffered damage to his knee ligaments and would require surgery, with no timeframe on the Dutchman’s return to action.

It is a devastating blow for the Reds, particularly given Joel Matip is also now sidelined for their Champions League opener at Ajax, leaving Joe Gomez as the only specialist senior centre-back.

Van Dijk is not expected to feature for the rest of the season, though sources within Liverpool remained hopeful that he could still return to action in some capacity before the campaign was up.

Now, though, The Athletic’s David Ornstein has claimed that the injury is “perhaps worse than initially feared and extends beyond the ACL,” which was the ligament widely reported to have been damaged.

Explaining the situation in his Ask Ornstein series, he speculated that this would surely see Van Dijk out until 2021/22.

“In terms of the injury itself, it’s my understanding – and I stress, that’s just my information, it’s not official – that the damage to Virgil van Dijk‘s right knee is perhaps worse than initially feared and extends beyond the ACL,” Ornstein said.

“I’m no medical expert, so it’s unfair to speculate further or give greater detail, but I did want to pass it on.

“And it would indicate that we won’t see Van Dijk back on a pitch until next season.”

This corroborates information from Dr Rajpal Brar in his assessment for This Is Anfield on Monday, with it explained that “multi-ligament injuries tend to be of higher complexity,” giving Aston Villa striker Wesley as a prime example.

“Depending on what the surgeon finds during the procedure, Van Dijk may face a longer return spell,” Dr Brar wrote.

“For example, Aston Villa‘s Wesley suffered a similar mechanism of injury, was found to have three damaged ligaments along with medical meniscus damage and has now been out for roughly 10 months.”

Ornstein adds, though, that “through Liverpool and the Dutch national team, they’ll have access to some of the best medics in the world, plenty of options and I’m sure he’s in good hands.”

Turning his focus to whether the Reds will push to sign cover for Van Dijk, Ornstein suggested that while “they’re not ruling out a January signing,” it would be unlikely.

“As far as I know, that level of conversation is yet to take place internally. They won’t make a snap call on the matter,” he continued.

“They’re not ruling out a January signing, but as things stand, I don’t sense it’s likely.

“January is always a tricky market: prices are high, available low; we don’t know what finances Liverpool would have at their disposal; a player coming in would need time to adapt.

“They also wouldn’t just have to be at Liverpool’s level, they would need to be an improvement on what the club already have.”

Instead, he suggested that Klopp would be more willing to “fast-track” the likes of Nat Phillips, Billy Koumetio, Rhys Williams and Sepp van den Berg – though, clearly, Ornstein is not best-placed to consider whether they have the potential to fill in.

If Van Dijk is out for even longer than the seven-to-nine-month timeframe suggested by Dr Brar, it would be a major setback for the player, his club and his country.

But all Liverpool can focus on now is ensuring the 29-year-old is given the best treatment possible, while moving on with the options currently at Klopp’s disposal.