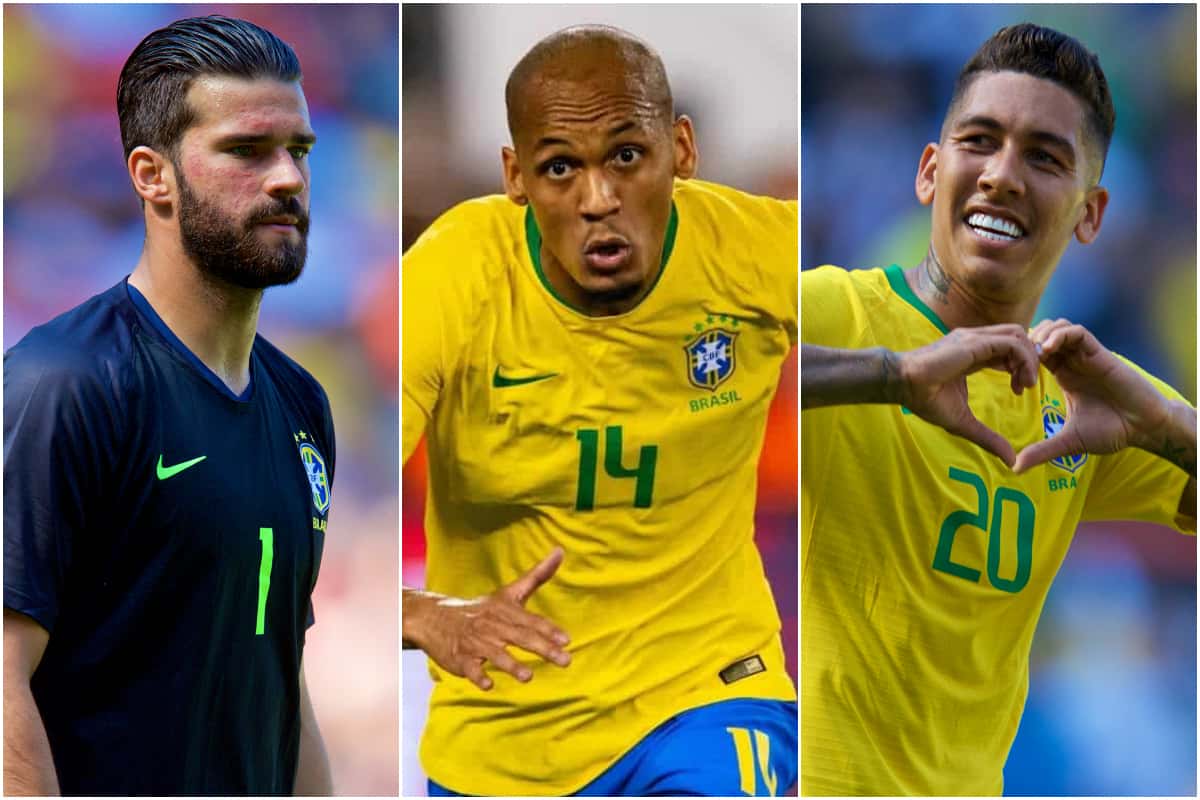 Liverpool manager Jurgen Klopp admits logistical issues associated with the international break have been further complicated by the coronavirus pandemic.

With Sadio Mane’s positive test being made public late on Friday, following on from Thiago Alcantara’s on Tuesday, Klopp is already well aware his team selection options can change at a moment’s notice.

And with the Merseyside derby against a high-flying Everton side brought forward to a 12.30pm kickoff for television in the first match of the resumption on October 17, Klopp faces the prospect of making very late decisions on his Brazilian contingent of Roberto Firmino, Alisson and Fabinho.

The trio play in Peru on Wednesday evening and are not expected back at Melwood until Friday, less than 24 hours before kickoff, when they will take COVID-19 tests with the results not likely to be known until the morning of the match.

“I’m not saying this is the safest place in the world, but it’s the place we know at least. We know how to deal with the different scenarios,” said Klopp, ahead of Sunday’s trip to Aston Villa.

“Yes, I am slightly concerned. It’s difficult to get in contact with all FAs all over the world.

“I understand 100 percent the demands on FAs, UEFA and FIFA. I know how difficult the situation is for everybody but it’s not exactly perfect.

“As a football club it’s pretty often you are pretty alone in these moments.

“We send the players away, the Premier League and the TV broadcasters give us a challenge a lot because they just don’t care if our players play on Wednesday night in Peru, for example.

“They still think it’s a good idea to let us play on Saturday pretty early.

“Supporters at other clubs say I moan constantly, but I don’t moan. I know it’s difficult.

“As a club you have to make sure you bring the players home in the quickest and most safe way because nobody helps you.

“Then they arrive on Friday, we see if we can make a [coronavirus] test, and then we don’t get the result until the Saturday.

“It’s really tricky. We try everything to make it right and safe as possible, but from time to time a little more help would not be bad.”

With those considerations in mind it is imperative Liverpool go into the international break with their 100 percent record intact, especially considering how well their Merseyside neighbours have been doing.

In Monday’s first half against Arsenal the team showed the sort of form they displayed last season when they opened up such a significant gap at the top of the table and were not beaten in the league until late February.

Midfielder Georginio Wijnaldum admits they are working harder in order to maintain those standards.

“The only thing we did now is, because we turned champions, you just want to give more and win it again,” he told LiverpoolFC.com.

“We just do the things we did last season, but we are sharper and more concentrated. The kind of football we’ve been playing was quite good.

“The circumstances we had to deal with were difficult but we still did well, so that also made me proud because we were in a situation where we could find excuses – but we didn’t.

“I hope we can do the same against Aston Villa, so everyone goes with a good feeling to the national team.”