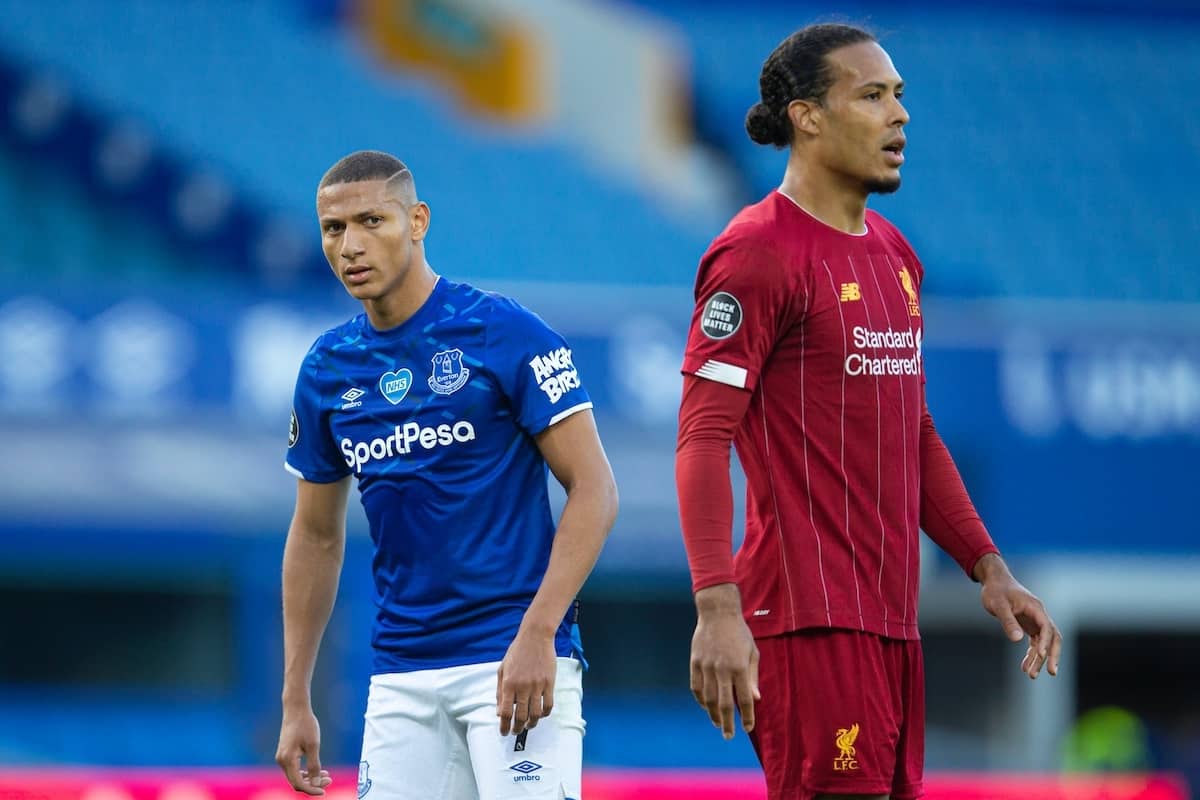 Liverpool have been forced to wait to avenge for how they left things at Villa Park, and their first opportunity comes against Everton – but there are mixed feelings over how it could pan out.

It was a strange old game for Jurgen Klopp‘s side against Aston Villa as the champions were made to look like holograms at times on the way to the club’s heaviest defeat in the Premier League.

The international break has made it so that there has been plenty of time to stew over the result and contemplate the challenges on the horizon, which all starts with a trip to Goodison Park.

It is a fixture the Reds have enjoyed over the last decade, winning 11 and losing none of the last 22 meetings home and away.

But Saturday’s meeting comes a decade to the day that Everton last had bragging rights over Liverpool back in 2010, thanks to a 2-0 win over Roy Hodgson’s side.

And off the back of an almighty hiding, nerves have started to set in more than usual, as while Liverpool have faltered, Everton are high on confidence after a 100 percent start to the season.

In the latest edition of ‘This Is Anfield Weekly’, host Keith Costigan was joined by TIA’s Chris Williams to discuss the Merseyside derby and how it could easily prove to be a “recipe for disaster” for either team.

“I’m just as nervous because this is the fixture I look forward to the most when it comes out, the Merseyside derby, then the games against Man United, then against Arsenal, Tottenham and Man City – that’s it for me,” Williams said of the upcoming game.

“Unfortunately, they all look really happy together and it’s behind-closed-doors and I think that benefits them at the moment because their fans do get a bit edgy.

“When it’s not going well, they get a little bit edgy and they’re not the only fans that do that, and so I think it’ll benefit them.

“They look like a team who just want to play football at the minute and we’ve just been whipped so there is a recipe for disaster. I’m just hoping that Liverpool have a point to prove.

“Remember when we won the title and Manchester City said, ‘hang on we’re still the champions’ and they battered us – that’s what I want us to do to Everton.

“To say alright, you’re doing pretty well but just remember who we are and spank them. If that happens, great but they’re due a win at some point and I can see it being this season, maybe.”

For Costigan, however, Everton‘s gung-ho approach could play into Liverpool’s hands should they re-discover the pressure on the ball that was absent at Villa Park.

“It’s funny because I was going to joke that Everton fans knew it was their fans holding them back all these years, because once they’re not there they are flying,” Costigan added to the discussion.

“I think Everton in the last few years have caused Liverpool trouble in these games, I know we had the big win at Anfield but going away from home it’s always been an issue.

“Even some of the home games under Klopp have been a real battle because Everton have defended and made it difficult, but I think this Everton team are a little bit more open.

“So if Everton come out and say we’re unbeaten and we’ll take the game to the champions, I think Liverpool win this game.”

Either way you look at it, this is set up to be one of the most competitive Merseyside derbies in recent years and it provides the perfect opportunity for Liverpool to turn the pressure valve back on and return to winning ways.

But are you in the view that it could a recipe for disaster for Liverpool or Everton?