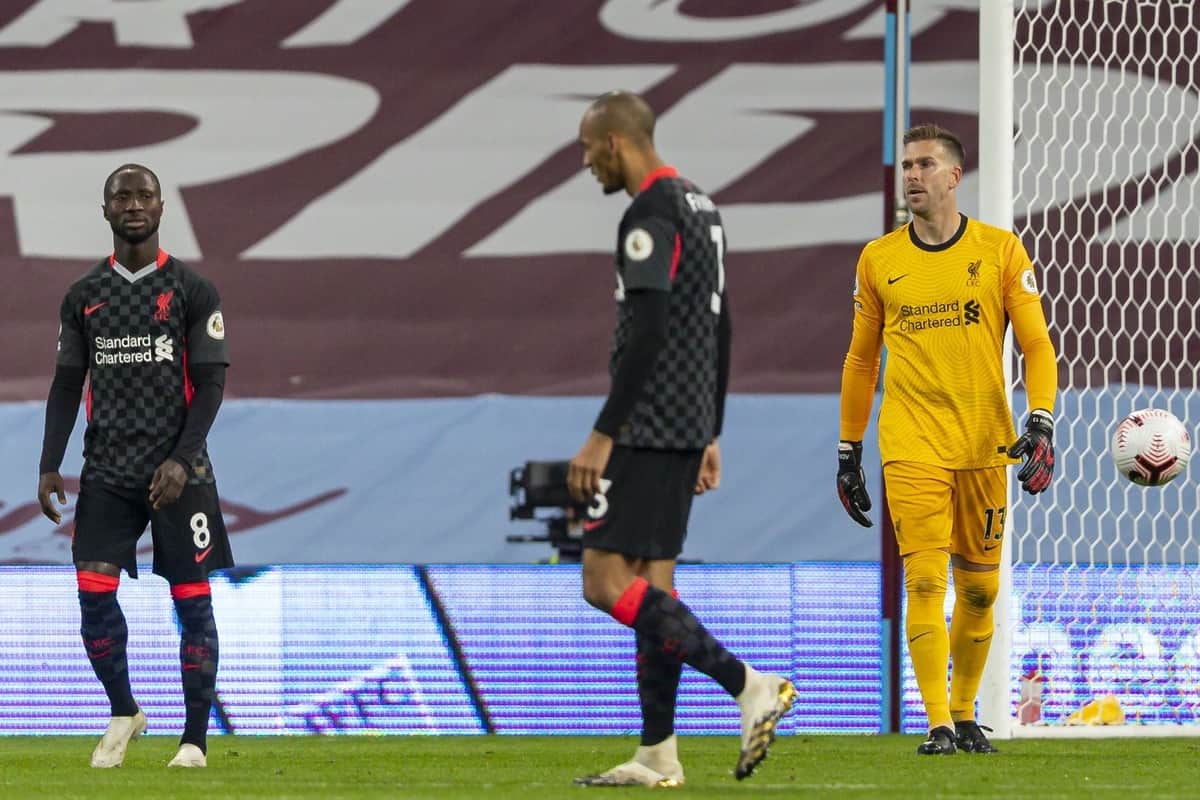 Liverpool head into the international break after the most incredible defeat in recent memory, losing 7-2 to Aston Villa in appallingly deserved fashion.

With Alisson injured, Adrian came into the side for his first meaningful appearance since the Atletico Madrid second leg, where he was sadly at fault as the Reds exited Europe.

If he had hoped to make a better mark on the game this time, those hopes were dashed within minutes, as a sloppy pass out led directly to Villa’s opening goal.

There was no chance with the deflected third, but positional work or handling could all reasonably be questioned on the other three in the first half.

As for the second half, let’s just leave it at ‘it didn’t get any better’. Watch the footage back for Ollie Watkins’ effort off the bar, if you dare.

Anyone pointing fingers only at Adrian needs to rewatch the game – and the same goes for those only pointing them the way of Joe Gomez.

The right-sided centre-back was, in a word, rubbish. He was particularly atrocious for the second goal, allowing Watkins to easily cut infield and score, but there was debatable positioning and reactions from him on others, too.

But the exact same can be said of Virgil van Dijk, who put in one of his worst showings in a red shirt: slow in the tackle, lax in tracking runners, not holding the same tight line he usually does.

Neither of the two centre-backs or holding midfielder Fabinho even ran back in to defend the second ball after Villa’s free-kick for the fourth.

This team defend as a unit, and it wasn’t there from the front either, certainly not in the way we saw against Arsenal.

So blaming a single performer for the abomination of a defensive showing is plain wrong, unhelpful and misses the point of how this side plays together. 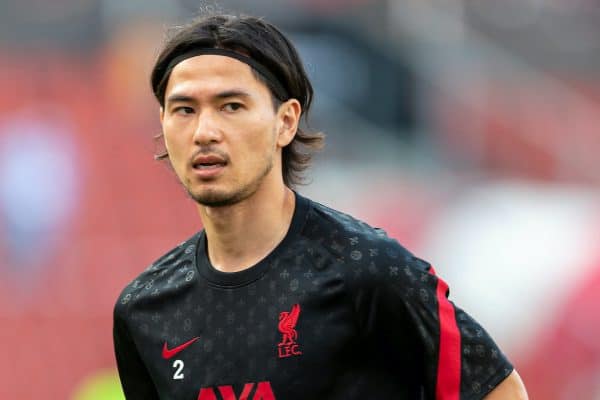 Changes could easily be afoot, so who has suggested of late that they might be the one or two to come in?

Curtis Jones was called upon off the bench, but couldn’t really impact the flow of the match. Taki Minamino has been in form, though, and might consider he’s close to elbowing the decidedly out-of-sorts Bobby Firmino toward the bench.

But the two big changes Jurgen Klopp will hope for are returns for Sadio Mane and Alisson.

Thiago is to come back in, but will he start in the derby? It would be a big shout usually, but perhaps rather less so after this performance from the regulars.

Don’t be too surprised to see Hendo, Thiago and another start in the centre at Goodison.

Shall we take the positives, too? Mohamed Salah is scoring 40 this year.

A brace was well-taken, instinctive and unerring, and ideally, we’ll give him four or five chances at this type of shot each game, rather than just in between conceding a hatful.

The Egyptian doesn’t need much service, compared to some. He doesn’t need that much space, despite his electric pace.

And he’s really, really on fire at the start of this season, with five already to his name.

Rest assured, the Reds’ defence isn’t the only leaky one at the start of this disjoined season, with little preparation time before it started and continual interruptions along the way.

Mo is going to monster an awful lot of back lines over the coming weeks – hopefully starting at Goodison Park. 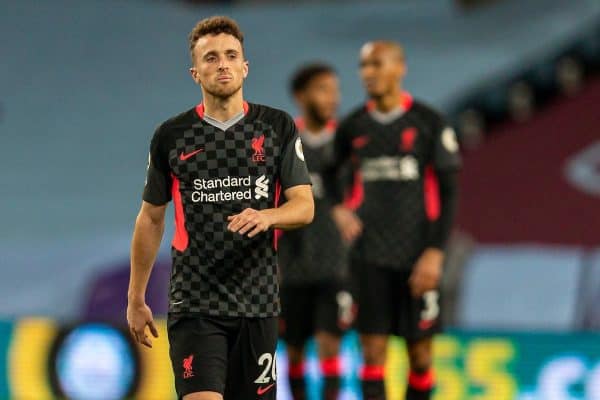 If ever there was a perfect day to lose heavily, concede a bundle and be below Everton in the table, the day before transfer deadline day is surely it.

Now the Reds can go out and sign a new goalkeeper, two centre-backs and another striker, and immediately play them all in the derby.

The performance was miles below the required level, obviously. But the start to this season was always going to be littered with these results, not just for the Reds but with all sides, as has been shown already with City, Chelsea, Leicester and United.

This was our turn.

But Liverpool have an exceptional record under Klopp, not just of picking up good results games, but of reacting to bad ones.

For the boss and the players left at Melwood next week, it’ll be about reflection and picking the bones out of a horrendous performance…and how best to get this team, this title-winning team, back on the road to victory.