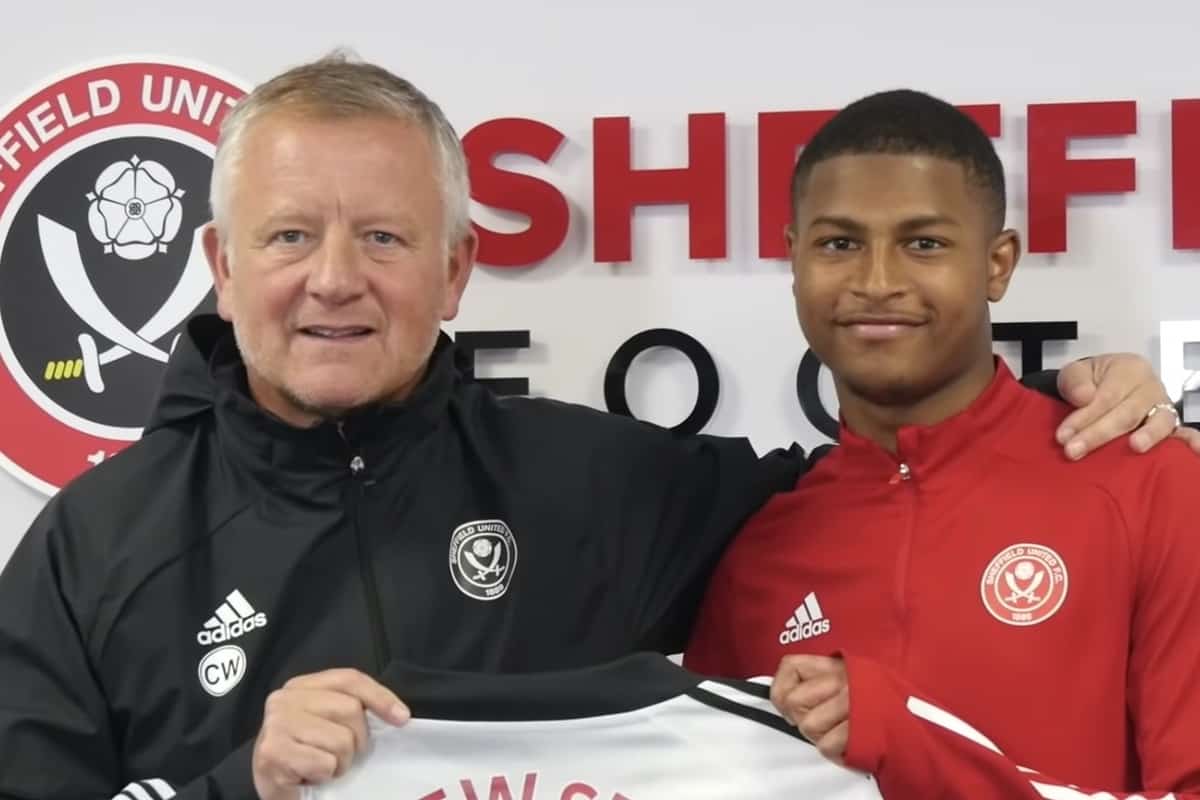 Rhian Brewster became Sheffield United’s record signing when he completed his £23.5 million move on Friday, before bidding an “emotional” farewell to Liverpool.

The end of Brewster’s time at Anfield came as a casualty of competition within Jurgen Klopp‘s squad and his own prodigious ability, with the 20-year-old deserving a first-choice role.

With that not currently on offer on Merseyside, the striker has joined an ambitious Blades side, with Chris Wilder’s belief in him highlighted by the willingness to accede to Liverpool’s demands.

United will pay an initial £18 million for Brewster, with a further £5.5 million due in performance-based add-ons, while the Reds also negotiated a buy-back clause that would allow them to re-sign the youngster in the future.

If so, that would likely see him to return to either challenge or take over from Roberto Firmino up front, and would have seen him realise his potential in the right environment at Bramall Lane.

Brewster clearly holds Liverpool close to his heart, and after finalising his switch to Sheffield he paid tribute to his former club on Twitter:

After years of learning & growing at Liverpool the time has come for me to head onto a new chapter. An emotional thank you to everyone at @LFC for their belief and support in me every step of the way, through all the good times and tougher ones as well. 1/2 pic.twitter.com/23tVHcCZH0

“After years of learning and growing at Liverpool the time has come for me to head onto a new chapter,” he wrote.

“An emotional thank you to everyone at Liverpool for their belief and support in me every step of the way, through all the good times and tougher ones as well.

“Huge love to all my team-mates, [for] taking me under their wing and pushing me to be better every single day.

“I leave here with special memories and countless learnings. But most importantly, better than I arrived.”

Brewster’s final line shows why he has opted to leave Liverpool this summer, with the striker of the belief that he has improved enough during his five years at the club to now challenge for a starting spot in the Premier League.

Speaking to SUTV on his club-record move to United, he described Wilder’s side – who finishing ninth in the top flight in 2019/20, their first season back since 2007 – as the “best option” for him.

“You don’t make a decision like that very quickly, you have to study the team, study other teams and think what is the best option for you,” he explained.

“Right now, I think the best option for me is Sheffield United.

“[There will be] competition for spots in the team, and we’re all hoping that we can all play together and help this Sheffield United team get back to the top and stay at the top.”

Brewster had attracted interest from a plethora of clubs both in the Premier League and Championship as Liverpool weighed up his future, and Crystal Palace were believed to be United’s main challengers.

But the striker explained how Wilder’s influence was key to his decision, saying: “He’s such a down-to-earth guy, I can’t wait to play under him. I just want to get started and push on with my career.”

He was not the only player to swap Liverpool for Sheffield United on Friday, with Courtney Sweetman-Kirk joining their women’s side after a two-year spell with the Reds.