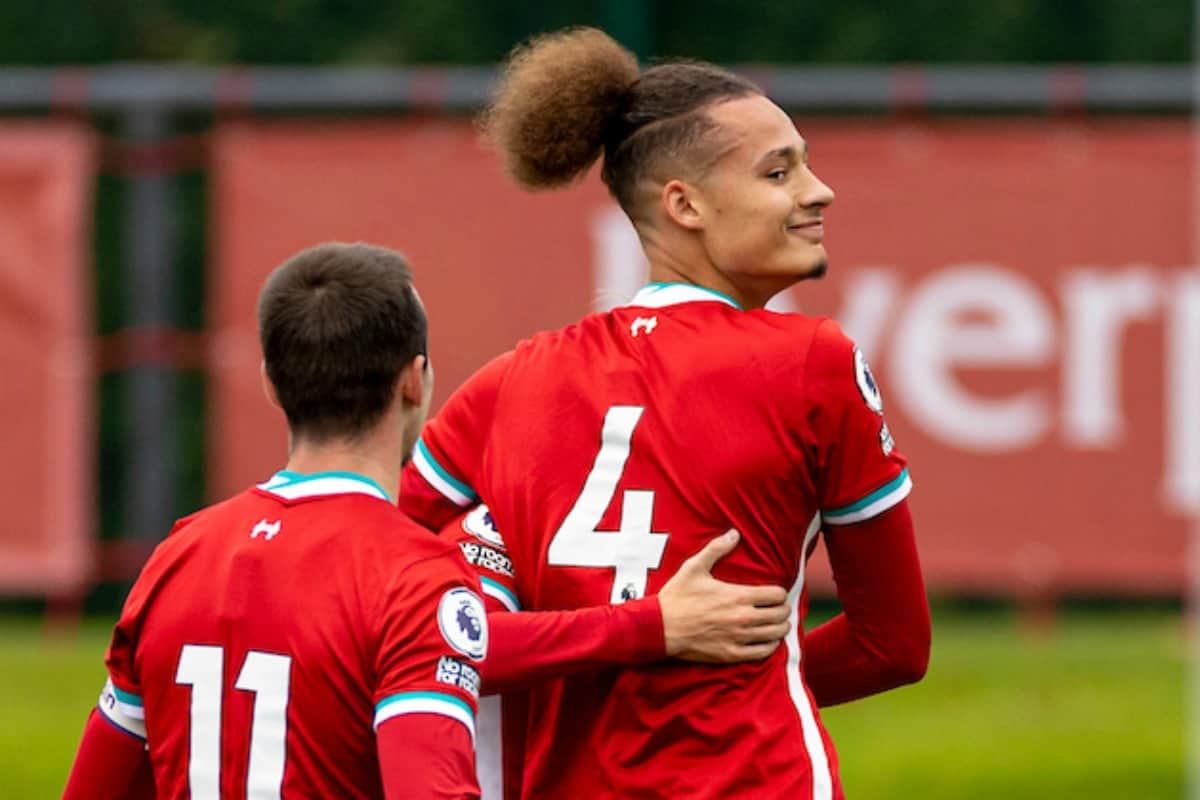 A superior first-half showing which saw Jake Cain and Rhys Williams among the goals led to a 3-1 win over Chelsea for Liverpool’s under-23s.

Barry Lewtas‘ side were out to return to winning ways after suffering a narrow 1-0 defeat at Brighton last time out but were to face league leaders Chelsea – with veteran Danny Drinkwater featuring in midfield.

And it was a bright and dominant start with the Reds on the front foot, and while two early chances went begging they more than made up for it, with Cain in the thick of it all.

First, his pinpoint corner delivery saw Williams’ superiority in the air rise to the fore as he thumped his header home before he converted a cracking whipped free-kick from the edge of the box.

Two soon became three after Remi Savage’s defence-splitting pass saw Jack Bearne illegally impeded in the box, to which captain Liam Millar safely dispatched from the spot for his first league goal of the season.

While posing a continual threat in attack, Liverpool’s defensive discipline as a unit was also to be admired as they ensured chances were few and far between for the visitors. 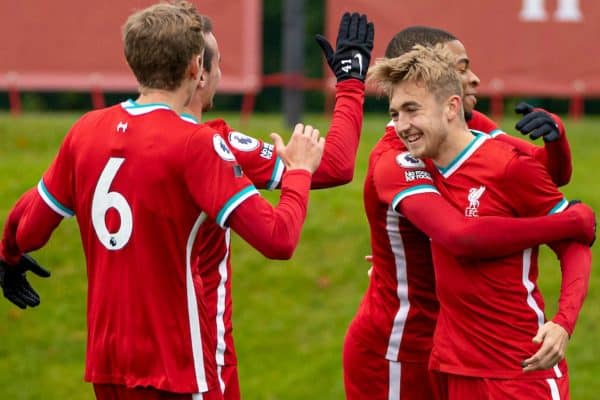 Chelsea emerged from the interval with renewed intent but were still forced to primarily take wild shots from distance as the young Reds remained switched, on, albeit rash at times, at the back.

Sepp van den Berg, Tom Clayton, Remi Savage and Williams proved key in such endeavours, where the latter made way just after the hour mark with Matteo Ritaccio making his return to action.

And similarly, Yasser Larouci, who had looked to make a summer switch, played the final 12 minutes as a left-winger as opposed to the left-back position Reds will have grown accustomed to seeing him in.

A soft penalty conceded with 10 minutes remaining meant the young Reds would be denied a clean sheet in an otherwise tireless and mature display.