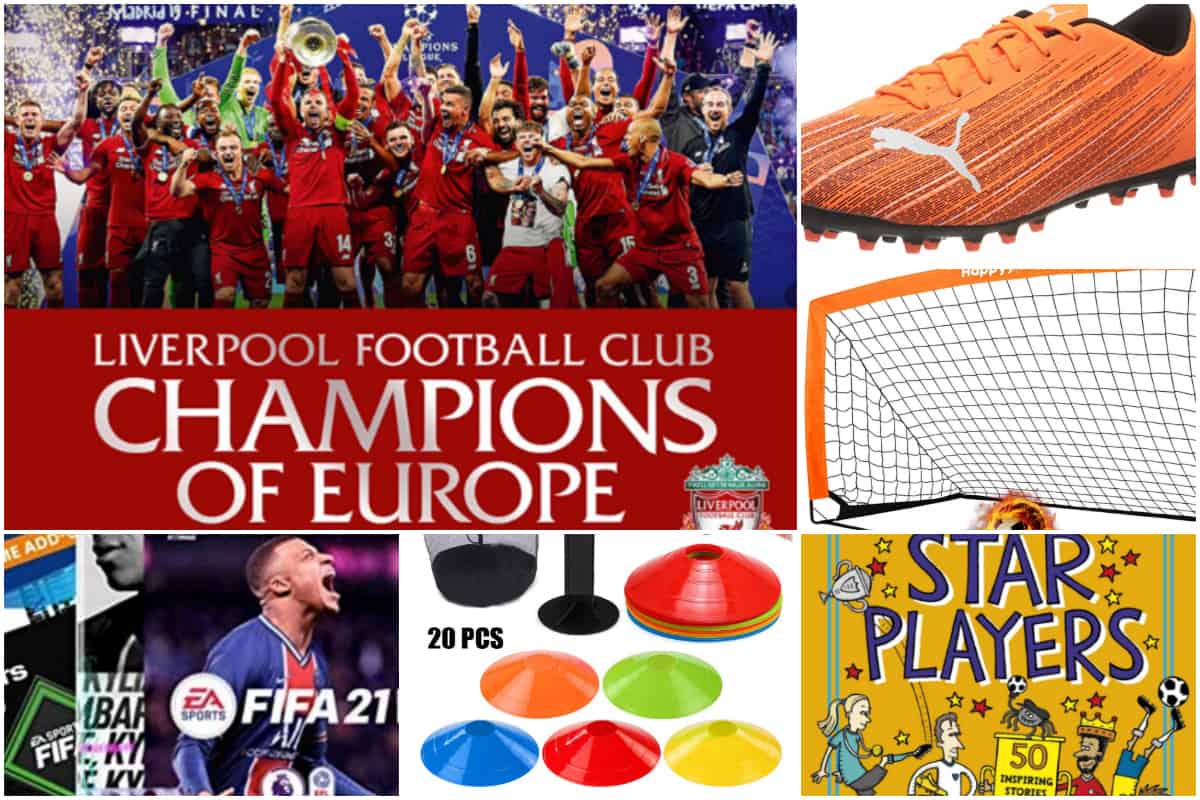 It’s Amazon Prime Day – and that means discount prices on loads of stuff in the great big virtual shopping mall…for those who can decide what they want!

Maybe you’re planning to get some Christmas gifts early, maybe you’ve got some extra spending money available which normally went toward match tickets. Maybe you’re just in lockdown again and looking for some distractions to browse through.

We’ve got you covered either way! We’ve scrolled through approximately 17 trillion deals to bring you a host of interesting footy-related deals which are on offer right now to Prime subscribers.

There aren’t lots of Liverpool-related items on sale at present, but ‘flash deals’ come and go across 13 and 14 October so it’s worth checking in repeatedly if you’ve got your eye on something specific.

If you’re not already a subscriber you can sign up to Amazon Prime here.

When do you ever need an excuse to watch back the Reds’ greatest triumphs?!

The season review of 2018/19 and the successful Champions League campaign under Jurgen Klopp, ending in our sixth European Cup in Madrid, is one of the few LFC-specific items on sale right now.

It’s got 25% off at the time of writing and is available on DVD and Blu-Ray.

Kit out your garden or practice down the park 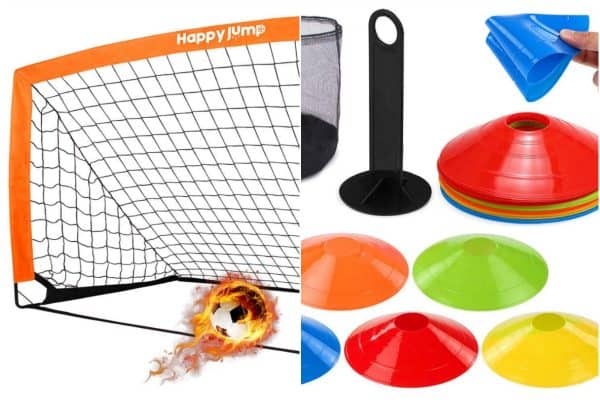 If you’re looking to have a kick-about or a training session with a little bit more than a fence to aim at, there’s plenty of items for you.

Two which stand out are, firstly, this pop-up goalpost set which has 20% off. It’s perfect for the garden or for carrying to somewhere nearby with a bit more space.

Needing a little more guidance, have to map out your pitch or have a more involved session plan in mind? This 20-piece training cones set also has 20% off right now. 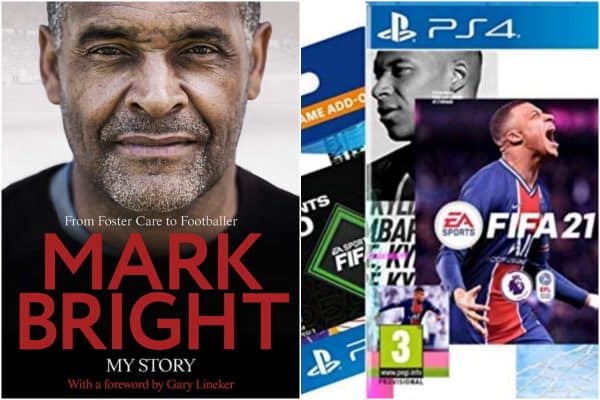 The great thing about our love for the sport? It doesn’t always have to be about watching or playing a full 90.

There’s much to be learned from those who have been in the game…or just enjoyment to take from immersing yourself in a footy environment.

There’s 24% off Mark Bright’s autobiography, where the former Crystal Palace striker talks about his rise from being a foster child, making his way in the game and reaching the top in his own way.

For the kids, a book of Football Heroes is informative, modern, entertaining and has 19% off.

Of course, for those who are after a bit more screen time there’s also a deal on the new FIFA 21 console game for PS4 and XBox, with varying discounts depending on which package is purchased, from the standard game to including points and a luxury, all-inclusive set. 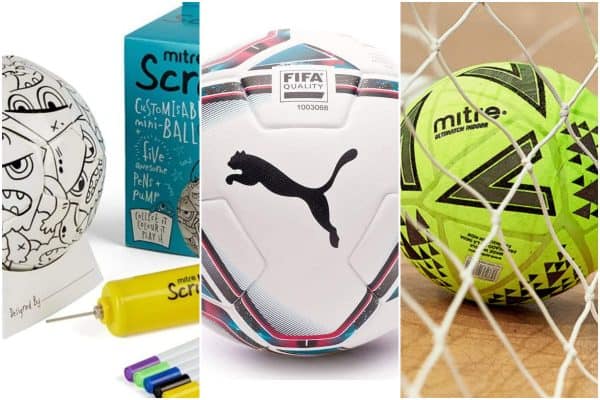 Sometimes you just need to get a ball, any ball, and play! This ‘training’ ball is perfect for that – it’s round, low-cost and…well, it’s a ball. 20% off at checkout.

There’s 5% off this “Scriball”, which lets kids draw and colour it in before starting the kick-about.

For those wanting to play under a roof, there’s 20% off this Mitre indoors number, available in size 4 or 5.

Alternatively, a Mitre Futsal has an additional 5% off if that’s your preference.

For those searching out a more high-end ball, the Puma Team Final size 5 has 33% off. 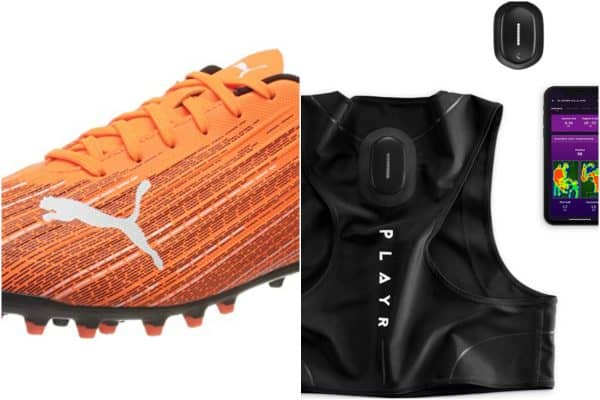 Ready to step out on the pitch? There’s plenty for you, too.

There are loads of boots on offer, such as these Puma Ultra 4.1 MG which have 29% off. At the time of writing there aren’t any Nike models included in the Prime Day discounts, so keep an eye out for flash deals if there’s a pair you have your eyes on.

And finally, for the more serious athlete, a Catapult Playr GPS Tracker vest is almost as necessary as a pair of shin-pads and with 30% off an expensive piece of FIFA-authorised equipment it might be a good time to take the plunge.

Data tracked includes sprint power, heat map movement, distance travelled and more, all via an app and your phone.

Disclaimer: This Is Anfield receives a small commission from products purchased through Amazon links in this article, at no extra cost to the customer.