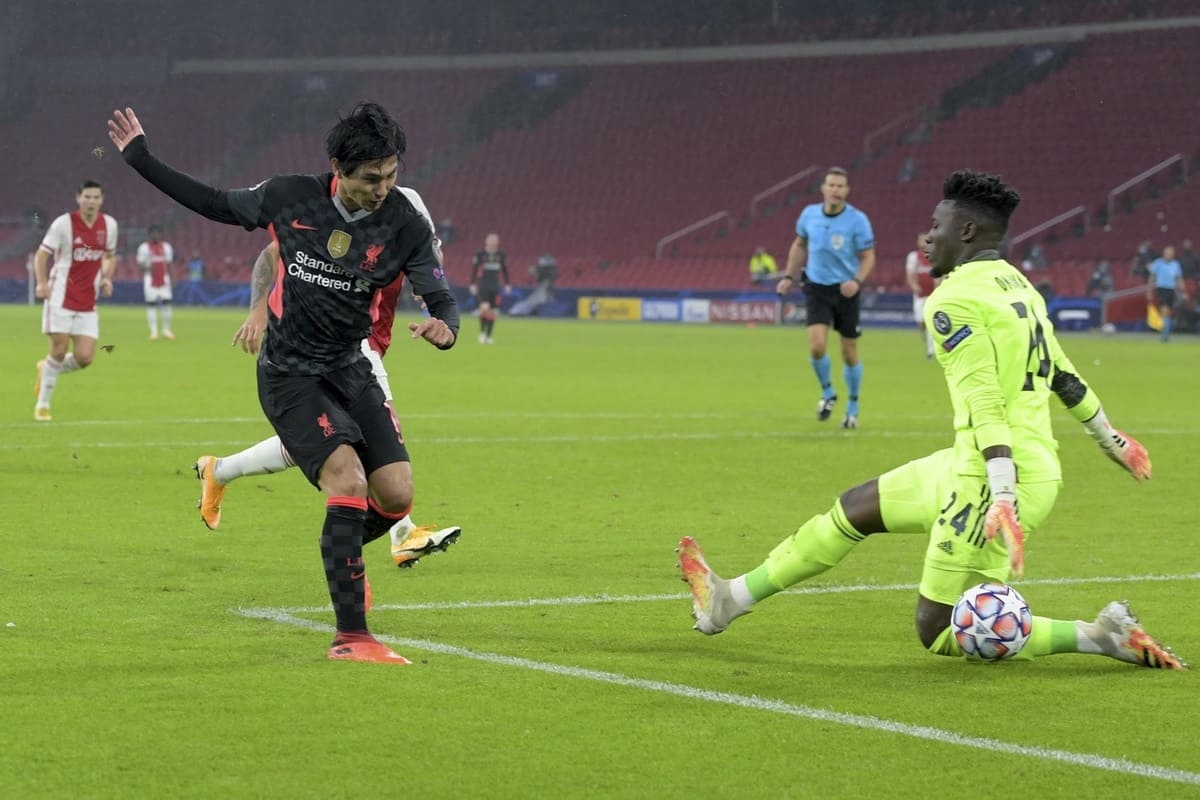 Liverpool ground out a pleasing 1-0 win away to Ajax in their Champions League opener on Wednesday night, with the Reds excellent at the back.

Jurgen Klopp‘s side made the trip to Amsterdam to get their group stage campaign underway, in what looked a tricky assignment on paper.

While the Dutch giants may not be the force they were in 2018/19, Erik ten Hag’s team still possessed the quality to hurt Liverpool.

It proved to be a relatively ugly game at the Amsterdam ArenA, but one that saw the Reds dig deep and show their resilience in the absence of Virgil van Dijk.

The visitors looked the more dangerous team in the opening exchanges, with Mohamed Salah and Sadio Mane particularly lively, and the former saw a goal-bound effort blocked.

At the other end, Adrian was a slightly shaky figure, however, and Liverpool had to ride the odd storm, with the outstanding Fabinho making an acrobatic clearance off the line.

The only goal of the game came 10 minutes before half-time, with Nicolas Tagliafico diverting the ball into his own net, following a turn and shot from Mane.

In the second half, Liverpool largely sat deep and looked to sting Ajax on the counter-attack – Davy Klaassen hit the post for the Dutch side – and Klopp substituted Salah, Mane and Firmino on the hour.

Two of the replacements, Diogo Jota and Takumi Minamino, came close to putting the icing on the cake, but it didn’t matter in the grand scheme of things.

It is the ideal start to Liverpool’s Group D campaign, taking some pressure off ahead of two matches with the dangerous Atalanta further down the line.

Next up for Liverpool is a home Premier League clash with Sheffield United on Saturday evening, as Klopp’s men look for a first domestic win since Arsenal at Anfield on September 28.