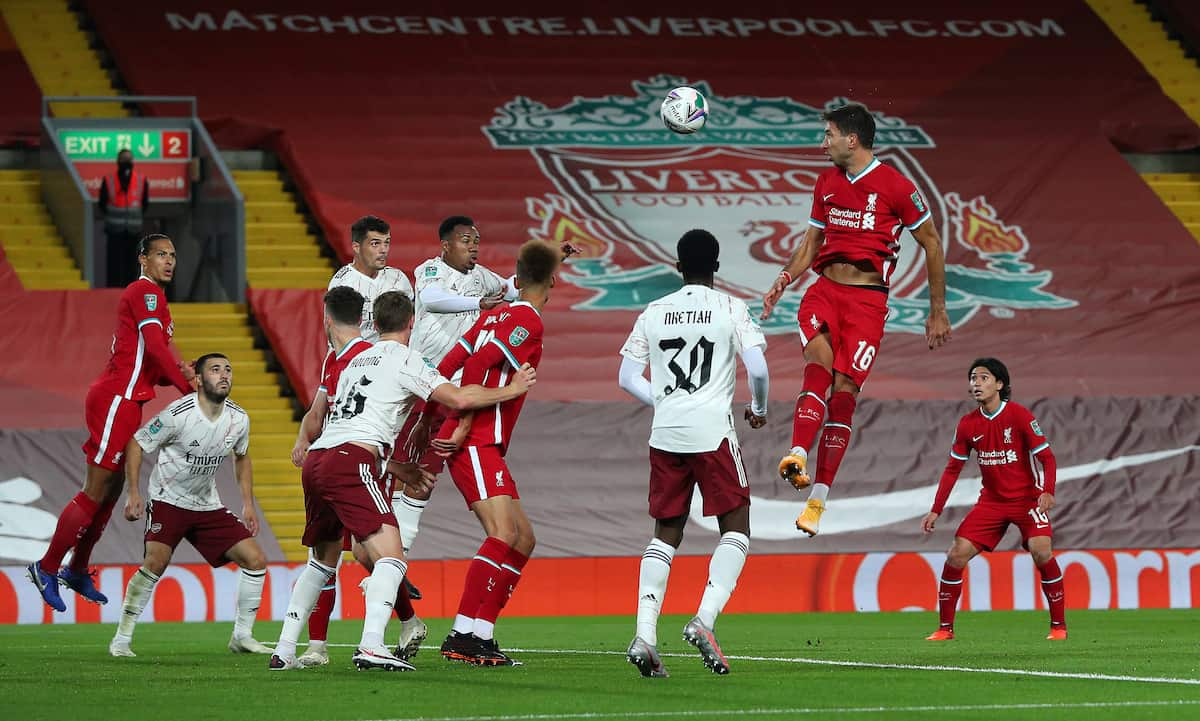 Liverpool were sent out of the League Cup on penalties by Arsenal on Thursday, on a disappointing night for a second-string Reds outfit.

The Reds got the better of the Gunners on Monday in the Premier League, easing to a 3-1 win that outlined their superiority over the north Londoners.

Two much-changed teams took to the field at Anfield in the fourth round of the League Cup, however, as they looked for a place in the quarter-finals.

There was a maiden Liverpool start for Diogo Jota, following his first goal for his new club on Monday, while there was a surprise appearance for Harry Wilson – also his first-ever start.

Adrian made an important early stop to deny Eddie Nketiah, but the match was quiet in general as the first half went on.

Takumi Minamino hit the crossbar just before half-time, however, after Jota had been thwarted by a smart piece of goalkeeping by Bernd Leno.

It was Virgil van Dijk‘s turn to be denied by Leno shortly after the restart, as were Marko Grujic and Jota, with Liverpool starting to dominate proceedings.

Despite both teams doing their best to find a winner – Adrian saved smartly from Rob Holding – the game fizzled out and penalties were required to decide the victor, following a stalemate on Merseyside.

When Adrian saved from Mohamed Elneny, Liverpool were in pole position to go through, only for Divock Origi fail to convert his spot-kick straight after.

When Wilson then did the same, Joe Willock stepped up and sent Arsenal into the quarters at the expense of Klopp’s men.

Next up for Liverpool is Sunday’s trip to Aston Villa in the Premier League (7.15pm BST), ahead of next week’s international break.