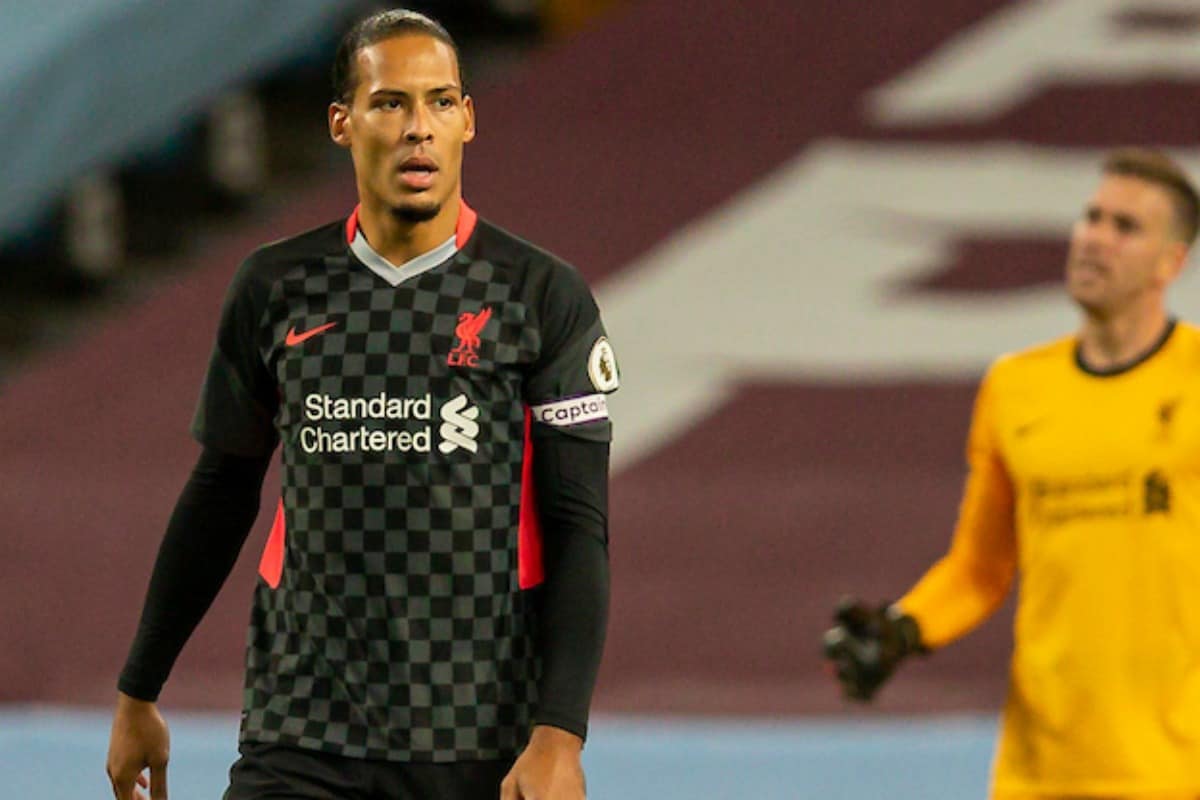 Virgil van Dijk was quick to shower praise on Aston Villa after Liverpool’s 7-2 defeat but insisted the Reds will need to be “very hard” on each other to bounce back.

It was an evening to forget for Liverpool as they were hit for seven in a game for the first time since 1963, with Mohamed Salah‘s brace adding a slither of respectability to the scoreline.

Across the park, Liverpool were second best and found themselves exploited at the back at every turn, where to a man Jurgen Klopp‘s side had few positives to emerge.

It was a night and day from the side which stormed their way to the league title last season as Liverpool were both frail and lacked their trademark resistance – and to that Aston Villa deserve credit for Van Dijk.

The captain on the night spoke highly of the opposition but was firm in his assessment that the Reds need to “very hard to each other” in response, but equally must “stick together” to bounce back after the international break.

“It’s hard to lose the way we lost tonight,” Van Dijk told Sky Sports post-match. “First and foremost well done to Aston Villa, you have to give them the credit they deserve.

“But looking at ourselves we felt it was one of those performances where we just weren’t 100 percent at it from the start until the finish.

“We shouldn’t lose with the numbers we did and now it’s key to stick together and don’t let this happen again.

“I don’t know [why we weren’t at 100 percent]. As I said, you can’t take the credit away from Aston Villa, but obviously, we should have been more clinical in all aspects of the game and we have to be very hard to each other – and we will be.

“The key is not to get crazy or anything but we have to be stepping it up, the performance level between Arsenal in the league and today is too big – everyone has to take responsibility.

“I felt the gaps too high, the second ball battle was lost many times and the goals helped them a lot, gives them confidence and the chances we miss don’t help us either – a bit of both, but well done to them.”

The Reds were hit by two key withdrawals in the build-up to the clash, with Sadio Mane (COVID-19) and Alisson (shoulder injury) both missing out, but the Dutchman refused to use it as an excuse with the team having prepared as best they could.

“We prepared well and played a good game against Arsenal in the League Cup with a lot of players who didn’t have minutes so far so our preparation was good and we were ready for it before the game,” he said.

“But unfortunately in the game, it didn’t happen the way we wanted to.”

Unfortunately, Liverpool will have to sit on the result for two weeks thanks to the international break – with their return coming against Everton on October 17.