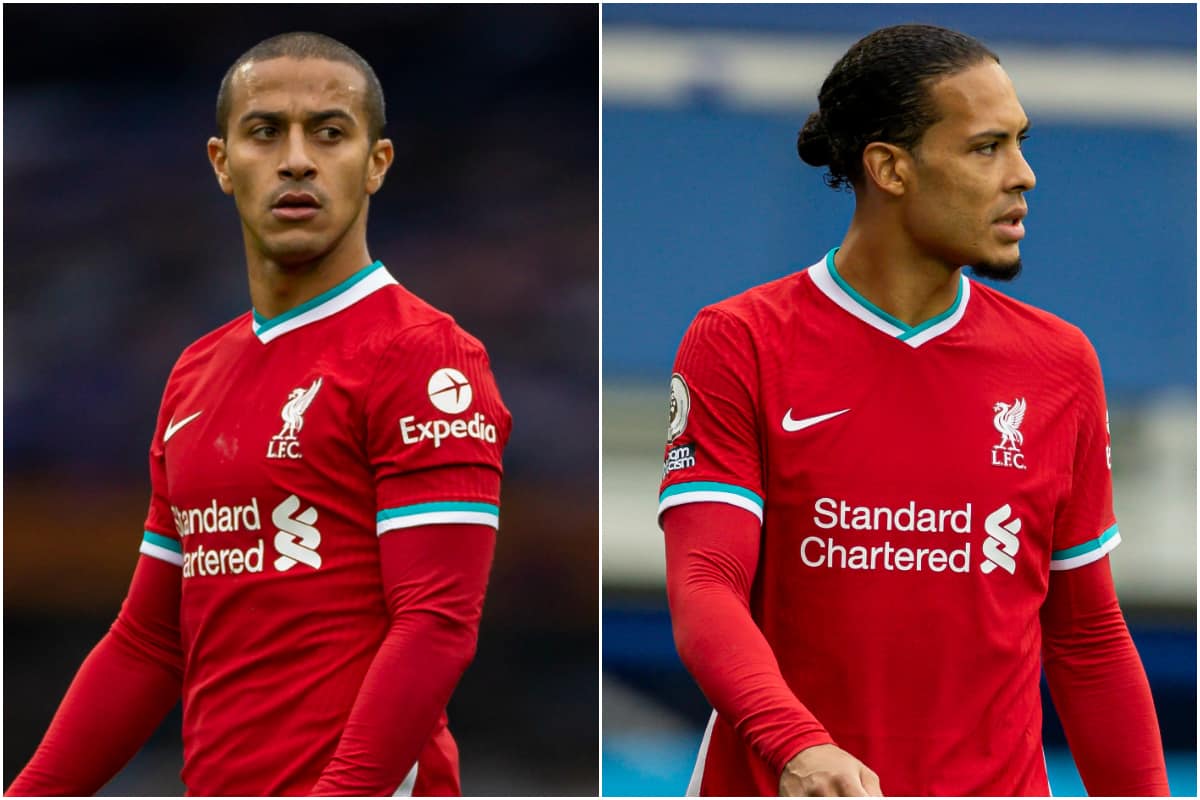 Liverpool will wait until Virgil van Dijk has seen a specialist consultant on Sunday before confirming the extent of the knee injury he suffered against Everton.

The Dutchman was forced off during the first half of the Reds’ 2-2 draw at Goodison Park on Saturday following a poor challenge from Toffees goalkeeper Jordan Pickford.

The defender was sent to hospital after the game for scans on a knee injury, which has since been speculated to be a tear of the anterior cruciate ligament.

An injury of that severity would likely force Van Dijk to miss the remainder of the season and put his chances of featuring for the Netherlands at the European Championship next summer at risk.

However, Liverpool will wait for the 29-year-old to be further assessed before offering an update on his condition, with clarity on the extent of the injury expected later on Sunday.

Thiago Alcantara also underwent on a scan on his knee following Sunday’s game having complained of discomfort at full-time.

The Spain international played on after being hit by a red-card challenge from Everton striker Richarlison late in the game but later signalled to Jurgen Klopp that he may have sustained an injury.

However, Liverpool are hopeful that Thiago‘s problem is not as serious as Van Dijk’s, even if they must wait for swelling to ease before making further assessment.