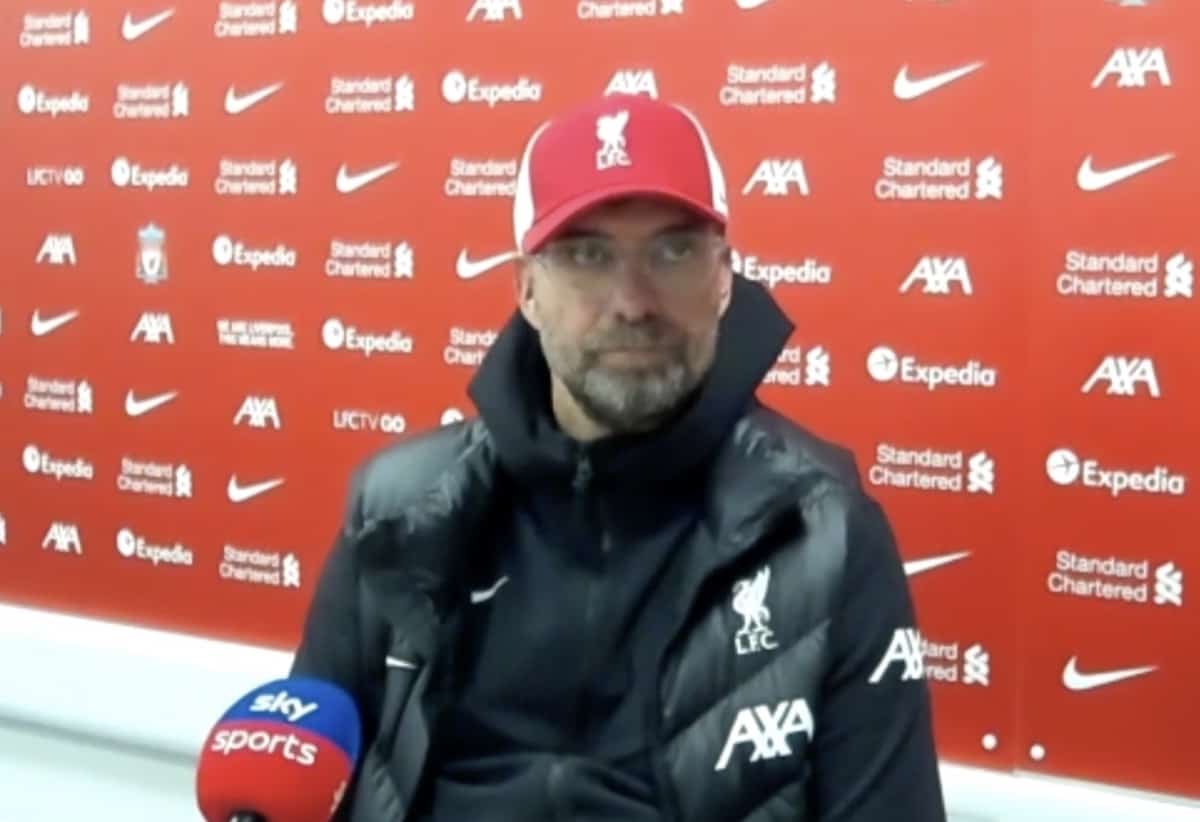 Liverpool came into the Premier League clash with more than a few concerns, most notably in defence as they were forced into yet another change having experienced three injuries in two weeks.

But Phillips, on his Premier League debut, more than stood up to the test against the Hammers in what would prove to be a Man of the Match display from the 23-year-old.

And he helped provide a platform for which Liverpool would use to mount their comeback after trailing early, with the injection of Jota and Shaqiri proving to be a game-changing one.

Performances which Klopp commended after the game as the Reds stretched their Anfield unbeaten run in the league to 63 games and returned to the top of the table after seven games.

“Not too difficult to bring Diogo and Shaq on because they have trained exceptionally and are in great shape so makes sense they get their minutes,” Klopp told reporters post-match.

“Diogo is in a good moment, a good player. We are really happy that we could make that signing. It’s a proper win-win, we can help him and he can help us a lot.

“The story behind [Phillips] makes it even more incredible! I’m really pleased for him, he deserves it more than anybody.

“He knows exactly everything about himself as a footballer, he kept it simple tonight which was important.

“The boys supported him well and he supported them, he was vocal and in the challenges he was there, really aggressive. He really deserves that [man of the match] award.”

Equally, the character of Klopp’s men was lauded as they dug themselves out of an early hole and continue to ensure setbacks do not derail their campaign.

“The basis for all what we have done and do is the character of this group. I can’t convince them to fight if they are not fighters,” Klopp added.

“It’s always been easy with this team to show them the right path and then they follow it.”

And while the Reds secured another all-important three points, there will not be time to rest as they make the trip to Italy to meet Atalanta in the Champions League on Tuesday.