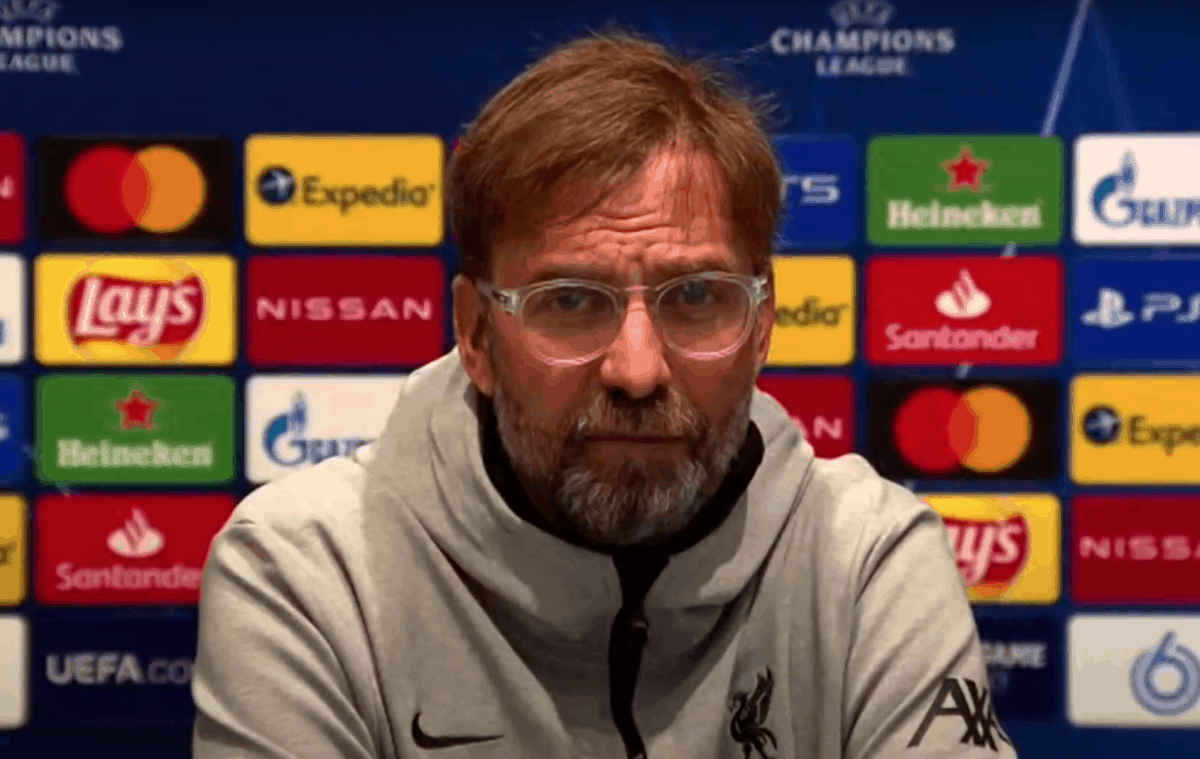 Jurgen Klopp could not hide his disdain for the treatment and resulting injuries of his players as he spoke to the media ahead of Liverpool’s Champions League tie at Ajax.

Although Liverpool are kickstarting their Champions League campaign on Wednesday night, much of the pre-match discussion centred around the recklessness of Everton and the ensuing long-term injury to Virgil van Dijk.

Gini Wijnaldum was the first to face the press and slammed the “stupid” tackle from Jordan Pickford which left both him and his teammates “devastated”, and Klopp echoed those emotions as only the Reds were left to pick up the pieces.

“Injuries happen in football, very often in challenges. Both challenging for the ball, but it was not the case in these two cases and it makes it different and so difficult to take,” he told reporters.

“We did nothing wrong in the game and I don’t think we’ve done anything since then but our players are the only ones suffering and that doesn’t feel right, and it’s not easy to deal with these kinds of things.”

And while he has been continually posed with questions pertaining to how his team will deal with the No. 4’s absence, Klopp was left in no mood for those writing off his team and while some think it “means we now have to prove you wrong, I’m not interested in proving you wrong.”

“I know how the world is, I know that people [will write us off]. A lot of people speak before they think but then it’s already out there,” he added.

“We at least sometimes try to think before we do and we have a situation. We are here without Virgil van Dijk and Joel Matip, but we are still going to give it a try.

“What can we do now? People can say what they want but three weeks ago, I think, they said we will run away, three weeks later we are not even in contention for anything anymore. That’s football, but we cannot be excited about all the different estimations.

“We have to stay calm, that’s what we have to try. And tomorrow we will see for the first time.”

The boss also touched on Joel Matip having a “good chance” of being involved against Sheffield on Saturday, while the club “don’t know how long” Thiago will be sidelined for.