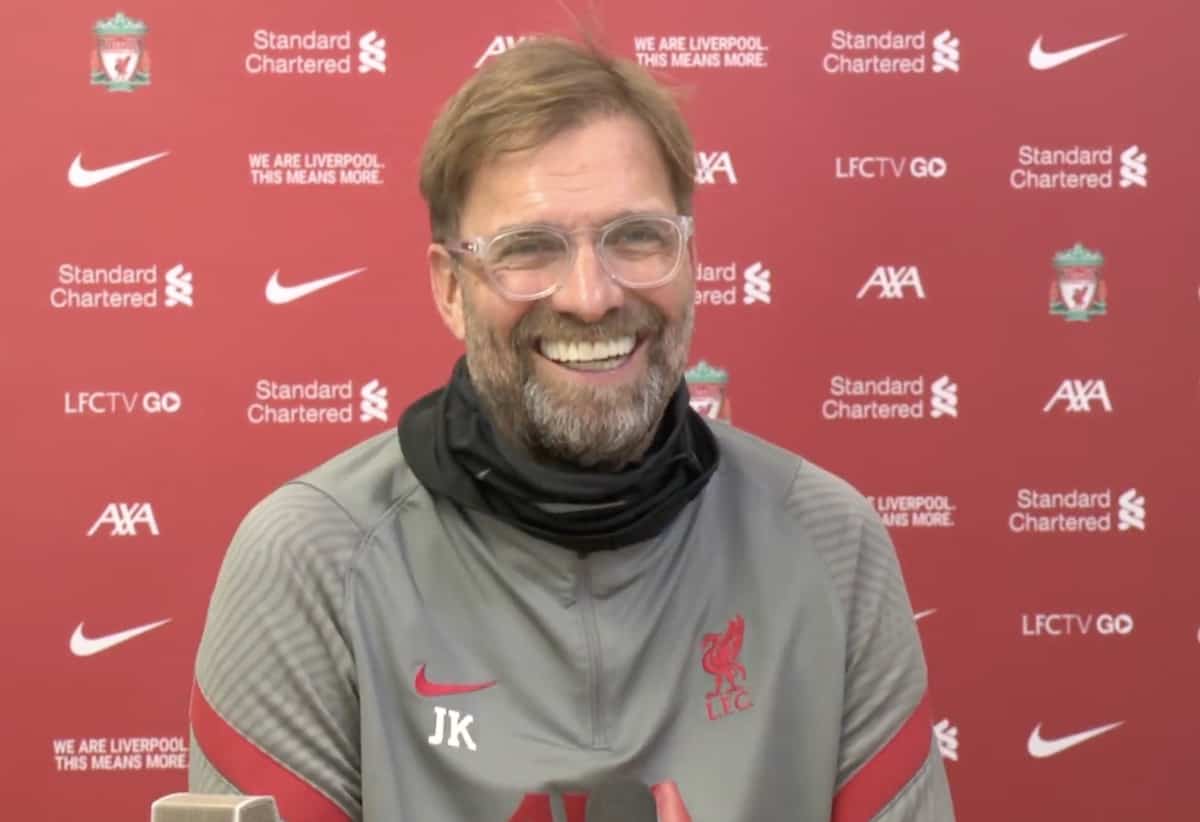 Jurgen Klopp knows it will be hard work for Liverpool against a flying Everton side, but vowed his team “will be ready” to tackle the challenge and immediately bounce back.

The Reds faltered with a dramatic effect last time out to register a defeat in the loss column for only the eighth time in the last 109 topflight fixtures.

For Everton, on the other hand, they continued their bright start to the campaign to sit atop of the table throughout the international break having been the only side to pick up a full complement of points.

It sets up an interesting battle in the early Saturday kickoff and the manager was full of praise for Carlo Ancellotti and the work being done across Stanley Park, making it so that 10 years without a defeat in this fixture for the Reds has never been further from Klopp’s mind.

“You don’t need to be a manager to see [their rise], it’s pretty clear that they did some good business and Carlo is a sensational manager,” Klopp told reporters.

“Was always clear when he had the time to build something then he will do that and with the resources and that’s what he did. This team looks really, really good.

“I would like to say something different but it’s not possible. A proper challenge. So many teams did really good business in this transfer window which made sense and they will all improve.

“It’s 10 years for them and 10 years for us but from my point of view, long may it continue but we’ve never thought about before we played them.

“Not once did we think ‘ah they don’t win anyway’ – we never had in our mind. We know it’s hardest work for us tomorrow and we will be ready for that.”

Notably, the game actually falls on the exact same day as Everton‘s last win in the derby back in 2010 when Roy Hodgson was at the helm.

The boss also touched on Naby Keita‘s unavailability, travel concerns from the international break and the “very, very positive” steps Alisson has taken in his recovery from a shoulder injury – but he remains without a timeframe for a return.