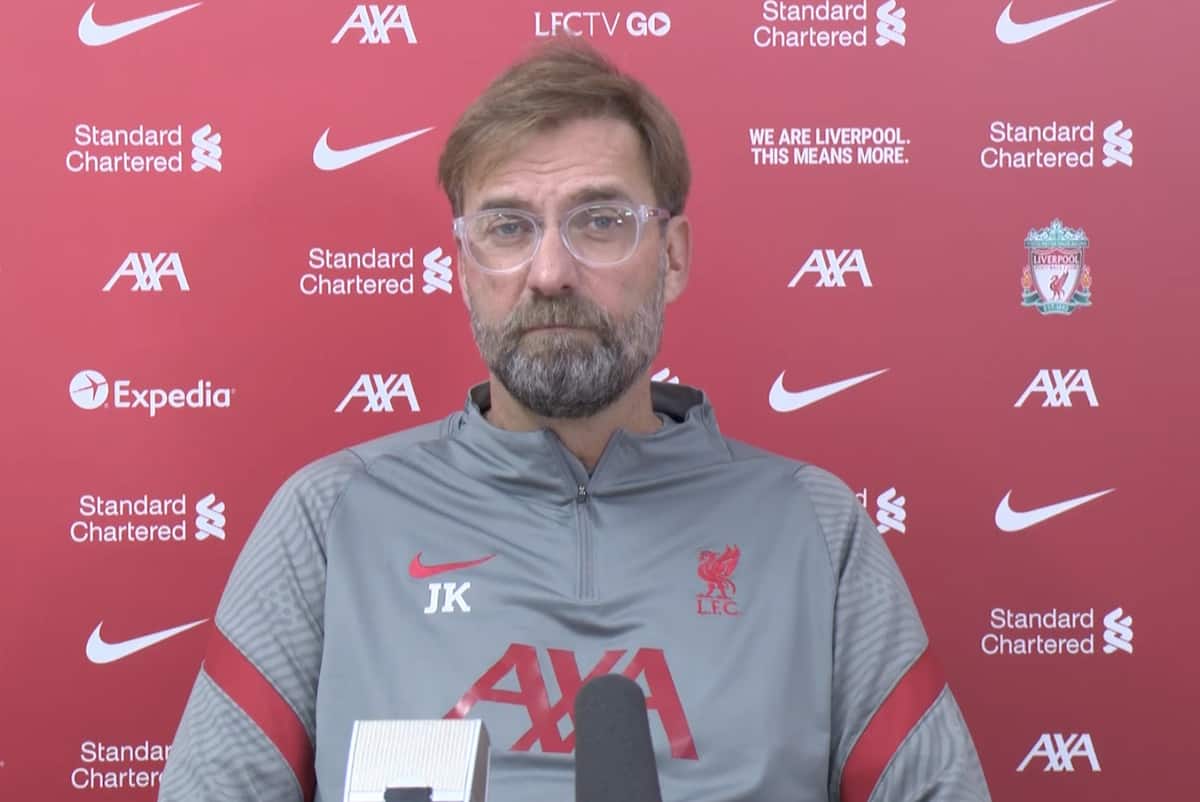 Jurgen Klopp is expecting a “tricky” encounter against Sheffield United on Saturday, a game which could include a familiar face in Rhian Brewster.

Liverpool’s attention is back on Premier League exploits after their European victory in midweek, with Chris Wilder’s men next on the agenda.

While the Reds have not won in their last two top-flight matches, the Blades have yet to a notch a win in 2020/21, scoring just two goals in their five league games.

But despite their poor run of results, Klopp is not resting on his laurels as he anticipates a challenging clash with Sheffield United’s performances not yet reflected on the scoreboard.

“Sheffield United deserve a lot of attention for what they do because they are really good in that, even when the results were so far not exactly how they wished for,” Klopp said.

“The performances were not that bad, I’m pretty sure Chris Wilder knows that and they will build on that. That makes it tricky for us.

“And they had a full week to prepare the game. With all the strength they have in set-pieces anyway, they had time for working on that as well. It will be a tough one for us, like it always was against Sheffield United.”

It’s a matchup which will see Brewster return to Anfield merely weeks after making his permanent departure, and the boss wants the best for the young striker but just not against his side.

“We all know him very well and that’s the problem – we know how good he is! That’s the situation,” he continued.

“How always when a boy, especially like Rhian who is really our boy – OK, maybe I have to say ‘used to be our boy’ – but still, we feel that way, it means always I wish them really the nearly perfect Premier League season.

“That means – OK, he couldn’t have played 36 games, but if – then 36 world-class games and two days off pretty much and that’s always the games when we play them. And I hope for this day. But I’m not sure that will happen.”

The boss also touched on how Liverpool will take injuries concerning Joel Matip, Thiago and Alisson “day by day” as he held his cards close to his chest.