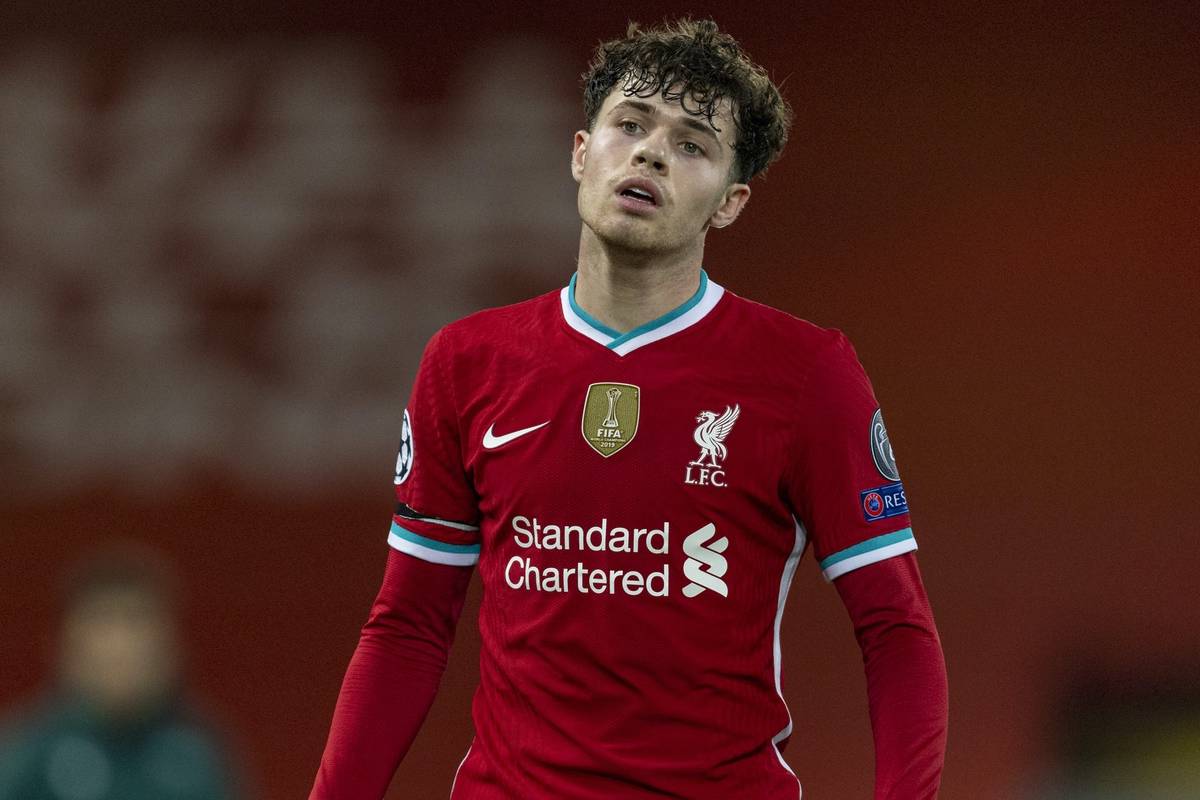 Adam Lallana has criticised “keyboard warriors” for their criticism of Liverpool right-back Neco Williams, after he ‘blacked out’ his Twitter page back in September.

Williams has been part of the Reds’ first-team squad for just over a year, having been promoted last October due to a shortage of right-back options in Jurgen Klopp‘s ranks.

The young Welshman sufficiently impressed the manager and has remained with the senior side since, signing a new five-year contract with the club in August and making 17 appearances so far.

He has attracted more than his fair share of scrutiny, however, with this manifesting itself in social media abuse since the start of the campaign, prompting Williams to ‘black out’ his Twitter page following the 7-2 win over Lincoln.

Lallana, who worked closely with the 19-year-old at Melwood last season, was the subject of the latest Between The Lines podcast with Melissa Reddy, coincidentally released on the same night that saw Williams attract further criticism.

With Liverpool stuttering to a 2-0 loss to Atalanta on Wednesday night, a quick search of the youngster’s name on Twitter uncovers a mountain of abuse for a mixed performance.

Reflecting on Williams’ treatment after the victory in Lincoln, Lallana’s words on the situation ring even truer now.

“I actually remember watching the game, and I came across it on my socials that he took a bit of stick,” the Brighton midfielder said.

“If that’s what a young lad’s had to do…it was such ridiculous scrutiny from these keyboard warriors, I remember watching the game and the lad didn’t even have a bad game!

“He might have given the odd pass away, but he’s a young lad, he’s learning. Of course you’re going to have bad games.

“To see a young lad playing at the top level, for a top team, having to feel like he has to deactivate his socials or whatever, it’s sad at the end of the day.

“But he had to go through it. It will have built a thicker layer of skin for himself. It will make him stronger.

“He’s going to have bad games in the future and he’ll know just to build up that thick skin.

“You just ignore it and make sure you don’t give it the attention it [wants].

“He’s a top, top player, and he’s already shown that so far in what he’s achieved in such a small period at Liverpool.”

Lallana detailed how he looked to help Williams settle quickly into the first-team squad, with early conversations with the No. 20 likely to have played a big role in the teenager feeling comfortable within his new environment.

The England international even recalled his shock that his new team-mate was “that good,” considering last season was his first foray into the senior setup.

“I think he trained with us for the first time last season, so he hadn’t been training with us for two or three years – for example like Curtis Jones,” Lallana continued.

“I remember Neco coming up just out of the blue and it was like ‘I’ve not seen him before’, and then training with him like ‘who’s this lad? Where’s he been?!’.

“He was that good and I’d not seen him about.

“I think maybe a week or so [after the post-Lincoln abuse] he got his first goal for Wales, I was absolutely made up for him.

“Because, obviously, I was aware that he had one ‘average’ game apparently and all the keyboard warriors are out.

“He’s a young boy still, so he’s not going to be used to reading things like that. It’s the world we live in these days, and he’ll be stronger for it, no doubt about that.”