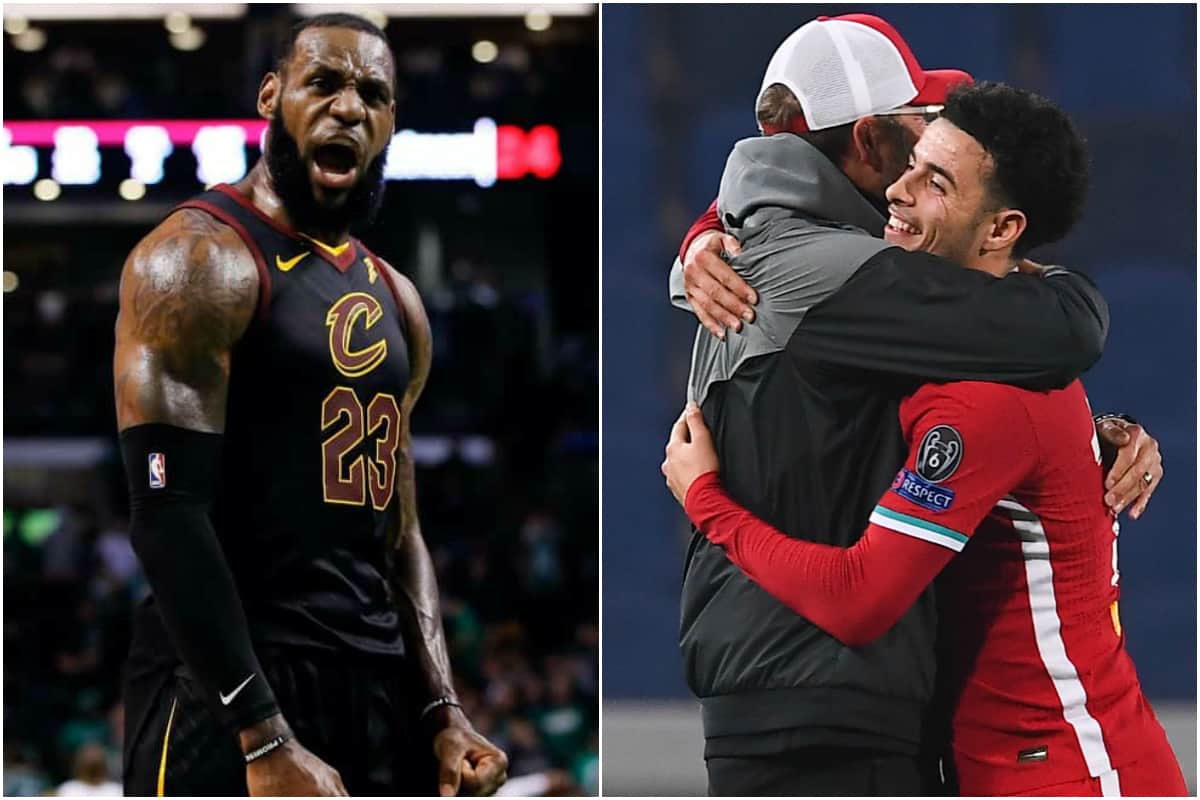 Curtis Jones has explained how he takes inspiration from LeBron James, Michael Jordan and Kobe Bryant as he adopts an elite mentality to ensure his Liverpool place.

Wearing the No. 17 this season, Jones has taken another step up, having already started five times including against both Ajax and Atalanta in the Champions League.

He has been a regular in Jurgen Klopp‘s squad in training since the start of 2018, but now at 19 is a genuine option for the Reds, and is only likely to progress further as the years go by.

Jones has the obvious talent, but there is a difference in mentality between the midfielder and many of those who don’t make the grade, and which is something the manager has attested to in praising him.

And in an interview with LiverpoolFC.com, Jones detailed how he studies his game and others in order to improve, along with taking notes on the attitude of his older team-mates as well as legends from the NBA.

“I like to study my own game a lot, I like to see what I can improve or position stuff and where I can get myself into better positions,” he said.

“I also like to watch a lot of players that play in similar patterns to me, confident players that like to do a bit on the ball – goals and assists.

“But I also like to listen to a lot of things that the likes of LeBron James, Michael Jordan, Kobe – those type of people who are big in the sports world – say about being confident, what they do and their schedules and stuff.

“Like trying to be the first one in the gym, the last one out of the gym, giving that little bit more that others don’t give.

“Even though I go out with friends and stuff, I’ll still like to study a lot.” 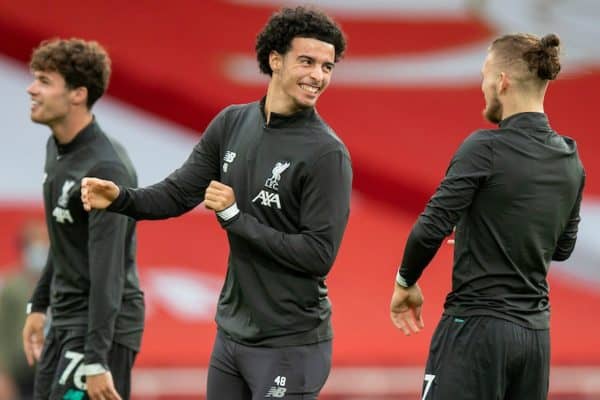 The ‘first one in, last one out’ mentality is almost necessary for a young player to stand out at a club like Liverpool, though it is certainly difficult given the professionalism within Klopp’s squad.

James Milner is regularly cited as the first one into the gym every day, but similarly Jordan Henderson, Sadio Mane, Mohamed Salah and, when he was at the club, Adam Lallana.

It would not be a bad group for Jones to settle into, and while his profile may rise with outstanding moments such as his winner in the Merseyside derby last season, he insists he will remain humble.

“I’m not changing my way of life,” he continued.

“I’m not using this goal to get myself into bars, clubs and stuff like that – I’m not doing that.

“I’m doing that to make my family proud, to repay the fans for the faith that they have in me and the manager and his staff. I’m doing it for them and, of course, me.

“[After the derby] I just went home, relaxed and probably had a cup of tea and relaxed with my mum.”