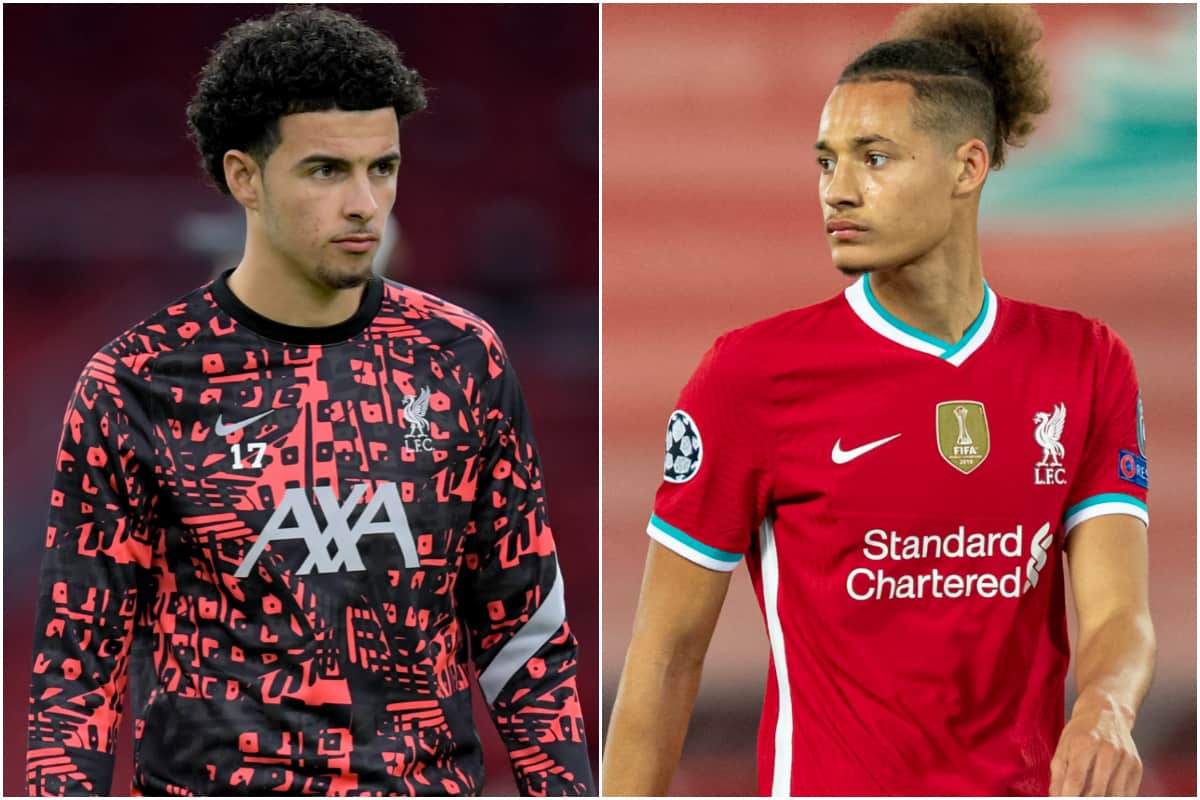 Curtis Jones and Rhys Williams have both been named in the England U21s squad to take on Andorra and Albania, among five Liverpool teenagers called up at youth level.

The Young Lions will play their final two group games of the Euro U21 qualifiers this month, having already qualified for next year’s tournament in Hungary and Slovenia.

Andorra (Nov 13) and Albania (Nov 17) are the opposition, with both games held at Molineux and to be shown live on BT Sport, as manager Aidy Boothroyd has the opportunity to test a number of players and finish the group strongly.

Jones and Williams both made their U21s debuts in the October international break, and will now be looking to cement their places in the squad.

While Jones has been a relatively high-profile name for a long stretch now, Williams has burst onto the scene due to his impressive performances with Liverpool, in the wake of Virgil van Dijk‘s season-ending injury.

The 19-year-old was promoted from England under-20s squad last month due to his displays in the League Cup, and has gone on to catch the eye in the Champions League.

Coming off the bench against Midtjylland and starting against Atalanta, Williams played a big role in keeping clean sheets as Liverpool top Group D after three games.

Elsewhere, Layton Stewart has earned his first callup to the England under-19s squad, joining Harvey Elliott for their training camp, while Jarell Quansah will be working with the under-18s.

Stewart has been in exceptional form for the Liverpool under-18s so far this season, scoring nine goals in six games.