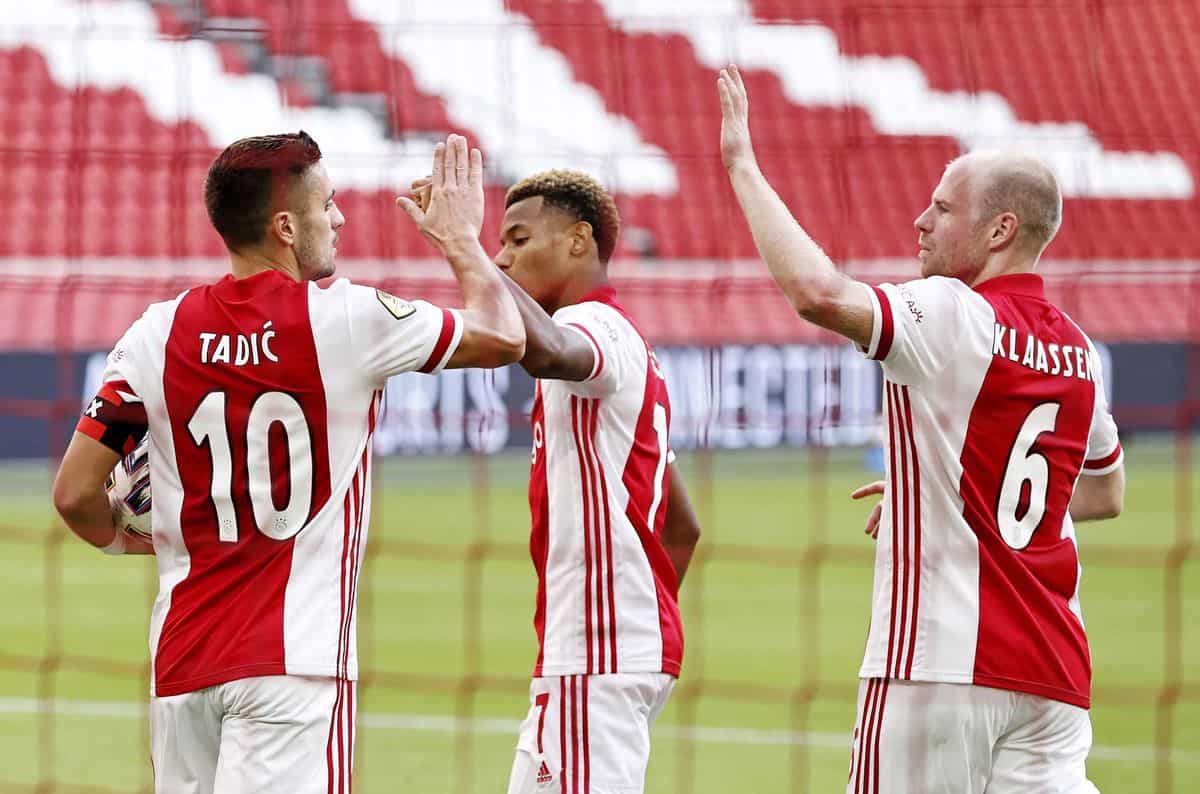 Ajax warmed up for their trip to Anfield in the Champions League this week with a comfortable win at FC Emmen on Saturday evening.

The Dutch side head to Merseyside for Tuesday night’s clash knowing that they must win in order to keep their chances of progressing to the knockout stages alive.

Erik ten Hag’s side were 3-0 up by half-time, thanks to goals from Davy Klaassen, Zakaria Labyad and Lassina Traore.

Such a comfortable lead meant Ajax were able to fully utilise all five subs and change two of their front three at half-time, with the third forward rested for the final half-hour.

Jurgen Ekkelenkamp and Quincy Promes added to the lead in the second half to give Ajax a 5-0 win, leaving them two points clear at the top of the league.

Promes and Klaas Jan Huntelaar were the half-time subs, showing the depth now available for Ten Tag at this stage of the season.

Since losing 1-0 to Liverpool in Amsterdam last month, Ajax have won every league game – including a 13-0 win over VVV – and drawn with Atalanta and beaten Midjytylland twice in the Champions League.

To describe them as free-scoring in Eredivisie would be an understatement, with 31 goals in five league games since they played Liverpool.

They’ll certainly be arriving at Anfield in confident mood.

A draw or win for Liverpool would guarantee them progress to the knockout stages of the Champions League, but Jurgen Klopp‘s side are beset by injuries in defence and midfield.

On Saturday, Klopp saw James Milner succumb to a hamstring injury, then updated that neither Thiago or Alex Oxlade-Chamberlain will be available for Tuesday’s game. 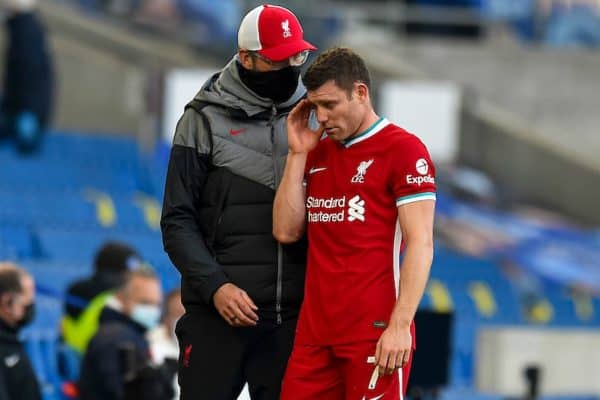 Naby Keita is also sidelined, and with Fabinho required in defence, it leaves Jordan Henderson, Curtis Jones and Gini Wijnaldum as the three remaining midfielders.

Wijnaldum, though, is certainly in what is described as the ‘red zone’ after playing all three games in a week for the Reds, directly after playing 200 minutes while on international duty for the Netherlands.

Klopp rested Sadio Mane at Brighton and it could be that he looks to rest Wijnaldum against Ajax to avoid the Dutch midfielder picking up an injury.