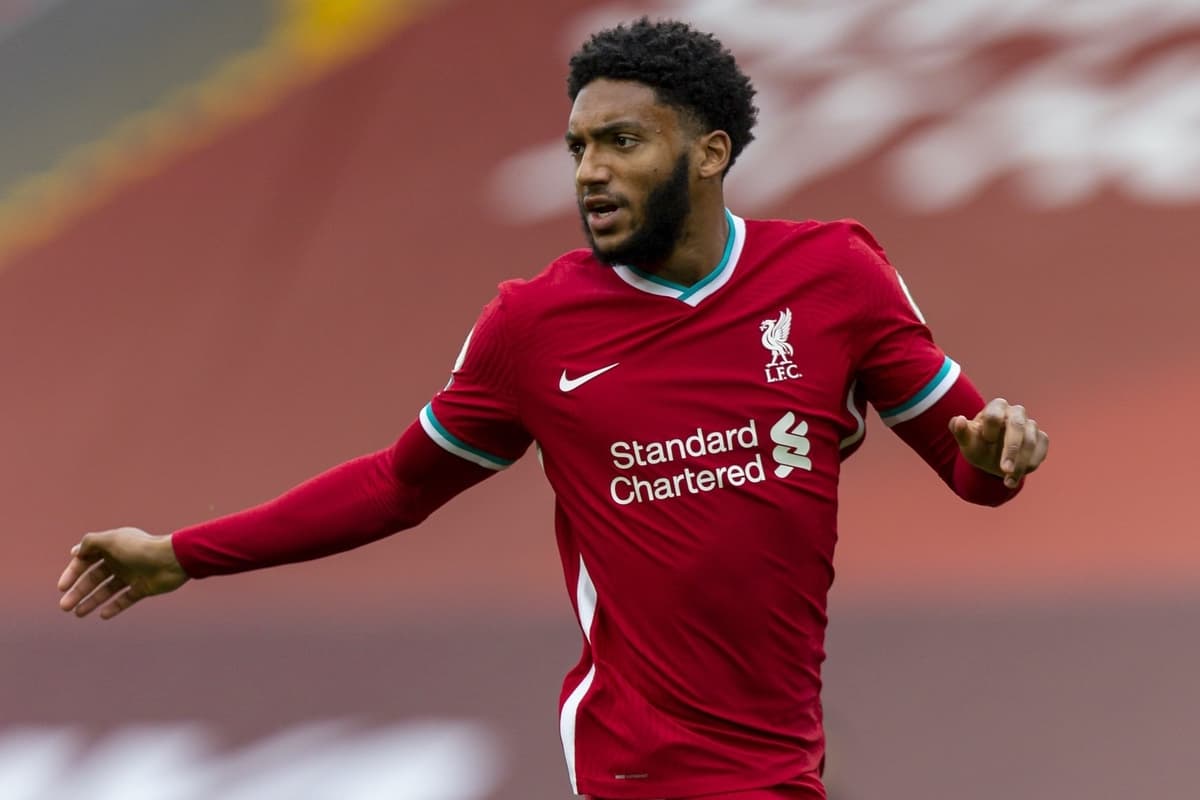 Joe Gomez called for common sense with the handball laws and the use of slow-motion replays after he was punished in the first half in the 1-1 draw against Man City.

The debate over the handball law has been front and centre throughout the season to date, with Gomez’s incident at the Etihad Stadium the latest in a string of head-scratching interpretations.

It wasn’t the first of the day after Wolves‘ Max Kilman was deemed guilty of the exact same crime in the game which preceded the Reds on Sunday afternoon.

Both incidents saw the on-field referee consult the pitchside monitor with slow-motion replays before a penalty was awarded for actions which many would categorise as natural rather than intentional.

It leaves defenders in a frustrating grey area as to how they are to avoid such interpretation of the laws, and Gomez has called for common sense to prevail and the scenario in which the infraction took place to be taken into account.

“Obviously, on a personal note it is frustrating,” Gomez told Sky Sports post-match.

“I think everyone knows the power De Bruyne can hit the ball with, in that moment I’m just running towards goal.

“I’m not gonna run with my hands behind my back, and I’m not going to dispute that the ball hit my hand but I haven’t made an attempt to try and handball it.

“Then it’s frustrating when the ref goes over and looks in slow motion when something’s happened in real-time and De Bruyne’s hit the ball as hard as he has.

“That moment he makes a decision and that’s that, I’ve got to accept his decision but I think there’s enough conversation going on around that rule at the minute.

“For me, 100 percent [a natural running position]. I haven’t watched it back, but I honestly didn’t feel like I made an attempt to hit the ball and it just hit my hand. I didn’t feel like there was much I could do about it.

“I think he’s hit the ball that hard and that was that. It’s frustrating, but it is what it is at the minute.

“There are moments in the game where the balls in wide areas or whatever and when you take a moment to think, you think should I just put my hand behind my back but it’s not a natural way to defend and it’s frustrating.

“I know they made adaptations to the rule but at some point, you have to look at the game in real-time and when he goes over and looks at it in slow motion, just anyone can say ‘yeah, it’s hit his hand’ but judge the scenario for what it is.

“I think that’s what needs to be done.”

The fact that defenders need to weigh up an inner battle as to how they approach their game says everything about the current interpretation of the law.

Players can’t help but have arms and hands and while Liverpool’s No. 12 did not see Kevin De Bruyne punish his team from the spot, the way handballs are dealt with needs to be addressed.

“I think when a team has a counter-attack if a player is going across the ball and you’re trying to make it back to defend your goal, you’re not going to run out with your hands behind your back,” Gomez added.

“That’s, for me, what the main thing. As I said, I won’t dispute it hit my hand but you have to look at the scenario with I suppose some common sense and just think what could he have done there.”