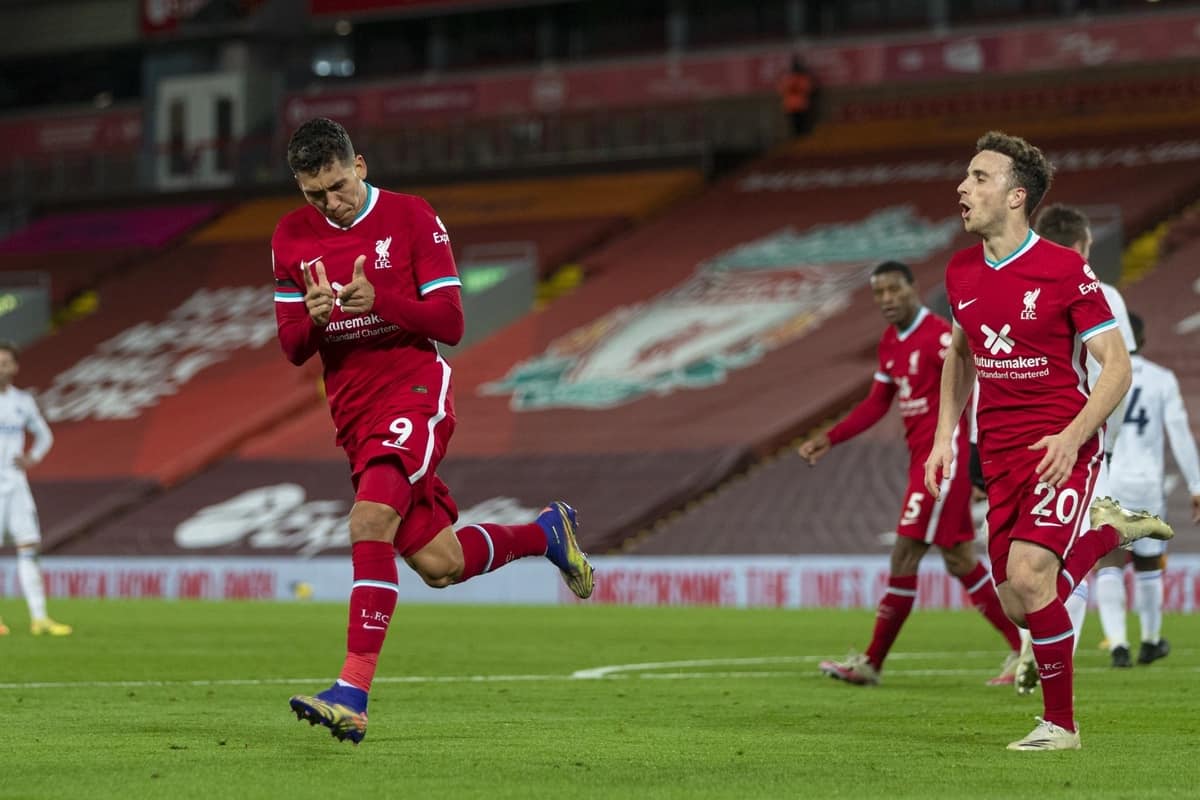 Despite their injuries and despite the form of their opposition, Liverpool dominated Leicester from start to finish at Anfield, with a 3-0 win breaking the unbeaten record.

In a battle of the makeshift sides, Liverpool looked far from it, as despite missing Virgil van Dijk, Joe Gomez, Trent Alexander-Arnold, Thiago, Jordan Henderson and Mo Salah among others they started with a fury at Anfield.

Sadio Mane went close with a near-post header, before Diogo Jota and Curtis Jones both drew saves from Kasper Schmeichel, while Joel Matip looked to test the Dane with a number of headers.

The passing of James Milner, standing in at right-back in the absence of Liverpool’s No. 66, was a feature throughout, while both Jones and Naby Keita were bright and industrious, evoking a void in the Leicester midfield.

It was Milner who created the Reds’ opener, though it came from an unlikely scorer, with the veteran’s corner diverted past Schmeichel off the back of Jonny Evans’ head.

Liverpool were value for their 2-0 lead at the break, with Jota becoming the first Liverpool player to score in his first four Anfield league games in top-flight history as he finished a clinical move by heading home Andy Robertson‘s perfect cross. 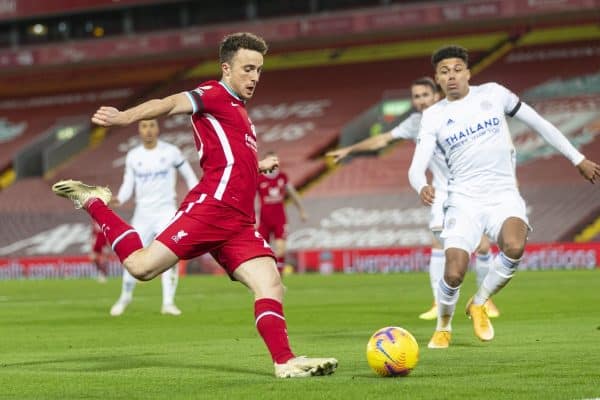 The second half began with more evidence of the need for five substitutions in this season’s Premier League, with Keita becoming the latest Liverpool player to succumb to a muscle injury as he was forced off with a hamstring problem.

Liverpool were less frantic in their forward play after the break, having already established their lead and, after the hour mark, being forced to contend with a new challenge as Leicester switched to a back four.

Jones’ silky midfield play continued to stand out as the 19-year-old grows in stature with further starts, with concerns over his place in the side evaporating in recent appearances as a stately talent emerges.

Roberto Firmino‘s current malaise was summed up perfectly as he walked through the Leicester defence with 15 minutes to play, only to see his finish rebound off the inside of the post.

But with four left to play the Brazilian finally got his goal, and it was a very atypical goal for Firmino as he pulled off a brilliant header from Milner’s corner to make it 3-0.

That was enough to seal the victory, which sees Liverpool go back to joint-top of the Premier League and record their all-time record run of unbeaten league games at Anfield, with 64.