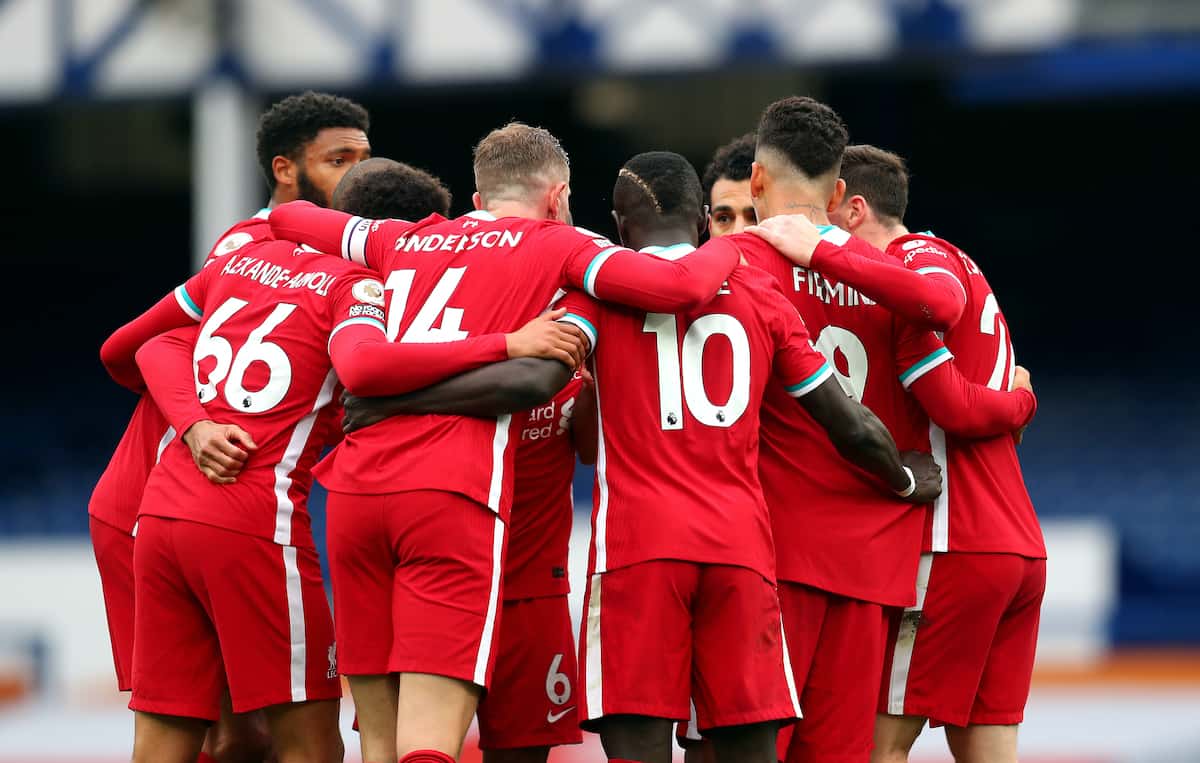 Liverpool FC kicked off their new partnership with Nike for 2020/21 and beyond with three new eye-catching kits. Here, we reveal the seven most popular player names fans have chosen so far.

The new range of kits for the Reds signalled a fresh start for the newly-crowned Premier League champions over the summer, with Nike as the club’s official new kit supplier.

With gold badges to add to the sleeves in addition to the world champions and the famed No. 6 badges, it comes as no surprise that demand has been high for Jurgen Klopp‘s team of champions.

And here, we count down the seven most popular names to grace the back of Nike’s new selection of kits, where there is a new entrant in town. 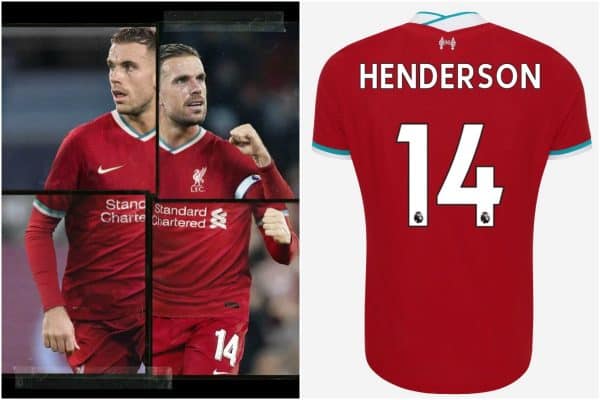 The captain and leader of Liverpool Football Club has inspired millions in recent years and the man who lifted the Premier League title is more than deserving of breaking into this list.

An ever-present in Klopp’s side, Henderson took his game to the next level last season and took home the crown of Football Writers’ Association Footballer of the Year for his efforts.

He has had his fair share of criticism throughout his career but there is no doubting that he is truly appreciated at Anfield and as he is ageing like fine wine, there is still plenty of time to move up this list. 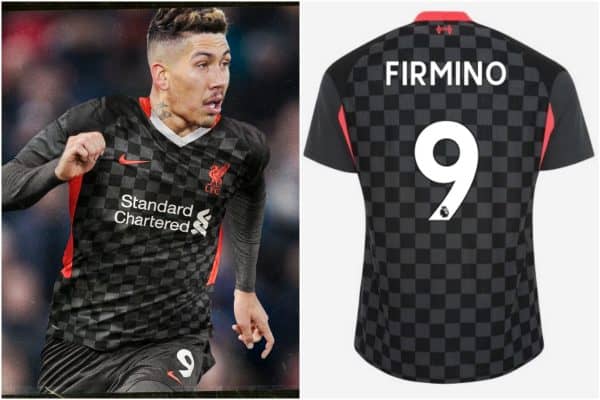 The dazzling No. 9 remains a firm fan-favourite and it is not hard to see why, with his infectious smile and extravagant goal celebrations added to his supreme talent on the field.

Bobby is a key cog in the Klopp machine and the fact he sits outside of the top five goes to show the depth of talent the Reds have at their disposal. 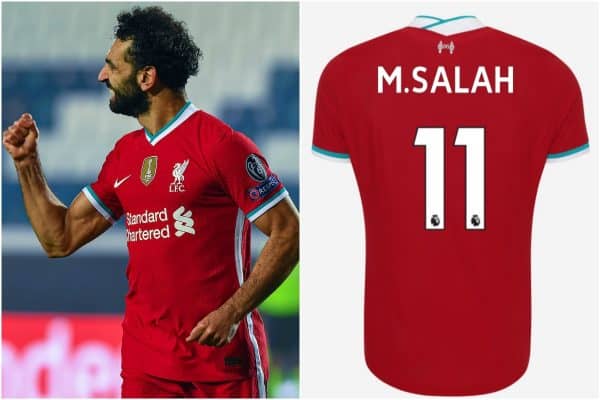 The Egyptian King has slipped to joint fourth this season after two consecutive seasons in the top two, but it is in no way indicative of his career trajectory.

Salah continues to set new goal-scoring records at Liverpool seemingly every matchday, with his proficiency something to admire having scored 103 goals in 164 appearances – a return which has him settled inside the club’s top 20 goalscorers of all-time.

He may not receive the widespread appreciation he deserves, but his popularity within the fanbase is unquestionable. 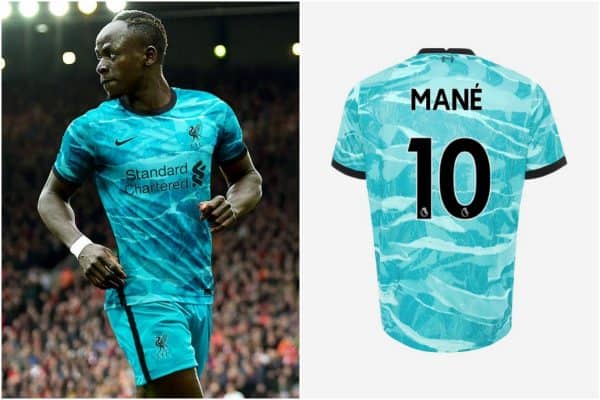 It’s a surprise to see the attacking trident bow out before even hitting the top three spots and that says all you need to know about the names to follow.

For the No. 10, it was another standout season in 2019/20 as he coupled his prowess in front of goal off his own boot with setting up others having amassed a total of 25 goalscoring contributions in the title-winning campaign (18 goals, seven assists).

With a smile to rival any other, Mane’s kind and gentle spirit is in contrast with his ruthlessness on the pitch and he’s hard to ignore when forces you out of your seat on any one of his marauding runs down the left-wing. 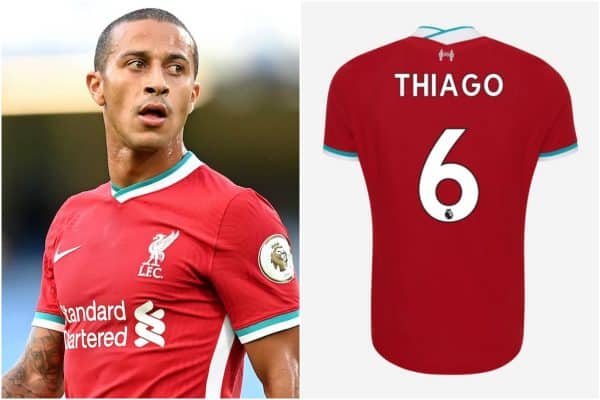 A new face this summer and a swift new entrant into the top three for none other than Thiago Alcantara.

It says all you need to know about the excitement which followed from his signing, one who is undoubtedly a world-class operator in his position.

Out of any other club, he chose the Reds and while injury and illness have restricted his game time to date there is no doubt Liverpool have landed an absolute superstar.

If this is where he sits having played only a handful of times, imagine where he’ll sit next season! 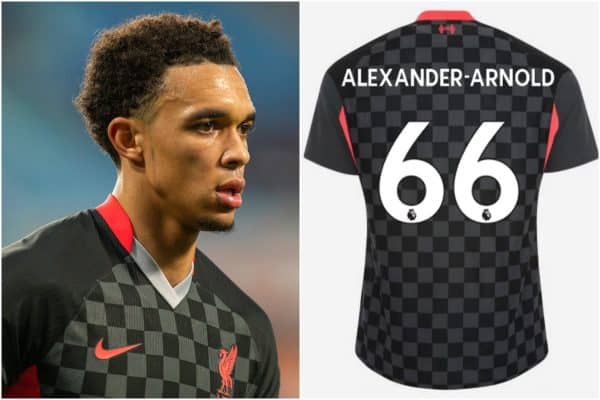 The Scouser in our team. It’s a meteoric rise for Trent as a place outside the top six last season has been followed by a top-two finish.

The 22-year-old epitomises all it means to play for Liverpool Football Club and his dream, along with millions of others, was realised when the Premier League trophy made its way to Anfield.

He makes the full-back position one you want to play having scored four goals and provided a stunning 15 assists in all competitions in 2019/20.

Trent’s No. 66 is one he is forging his own history in and let’s hope that doesn’t change!

* Order the 2020/21 Liverpool third shirt with ALEXANDER-ARNOLD 66 from Nike here. 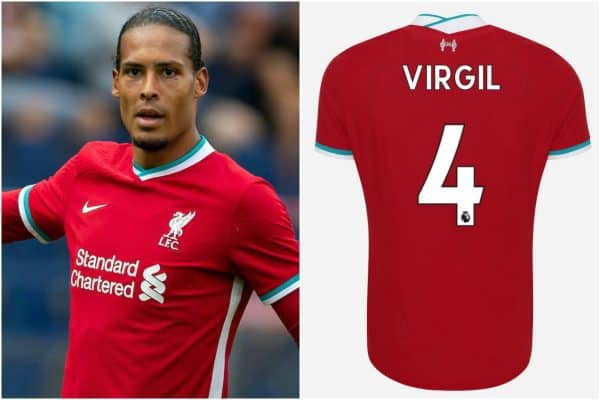 For the second season running the colossus that is Van Dijk holds onto the top spot, a feat to be commended for the centre-back in a team brimming with eye-catching attackers.

And it says everything you need to know about this Liverpool team that the top two are defenders.

Van Dijk is as calm as you like and provides a commanding presence both on and off the field. He has been the game-changer for the Reds on their way to picking up silverware and is deserving of his tag of the best in his position around the world.

His absence for this season is a massive blow for Klopp and co. but his presence will continue to be felt and seen with Liverpool fans worldwide.

All of this season’s Liverpool shirts can be ordered with name and number customisations from Nike here.