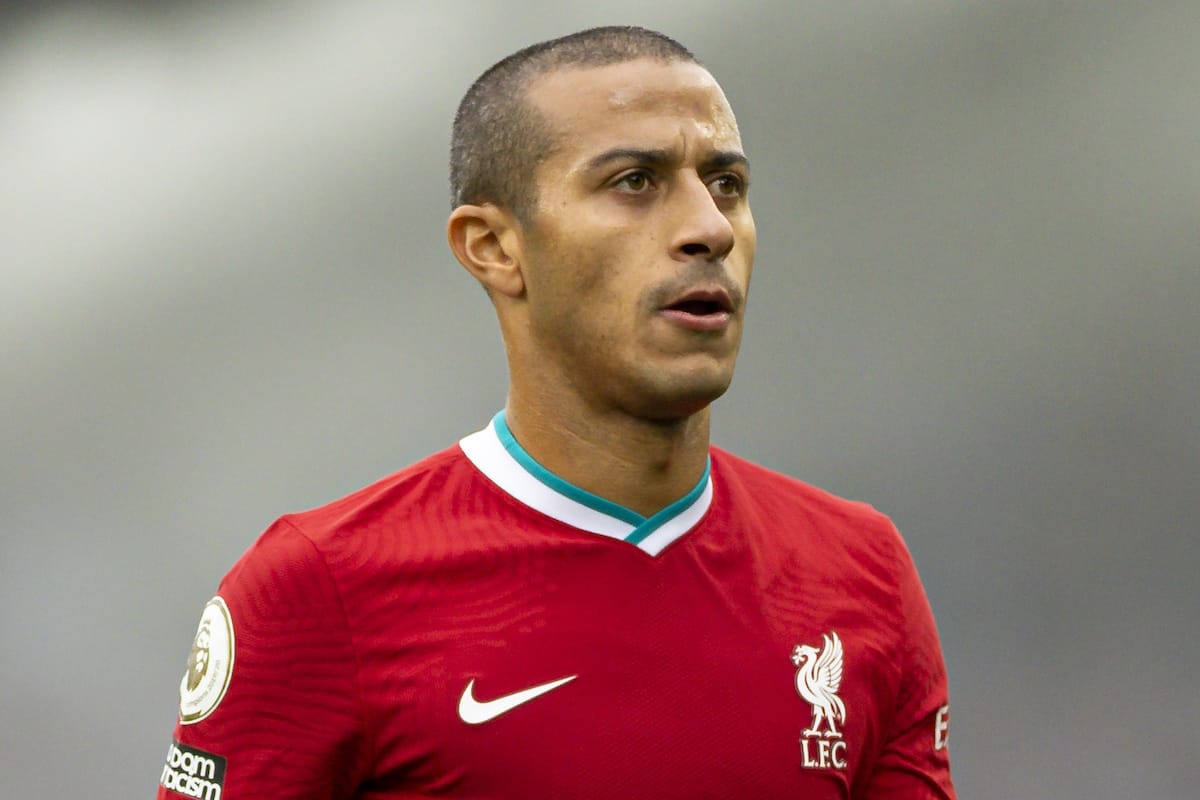 Liverpool midfielder Thiago Alcantara’s recovery from a knee problem is likely to keep him out until January.

The Spain international has not played since last month’s Merseyside derby when he was injured in a tackle which saw Everton forward Richarlison sent off.

While he has trained on a couple of occasions, the new signing is not currently ready to join in sessions and the PA news agency understands it will be early January before he is fit to play.

However, there has been no setback and no surgery is required but it has meant Thiago has played just 45 minutes at Chelsea and 90 minutes against Everton.

“Thiago we have to maybe clarify it a little bit,” said manager Jurgen Klopp.

“On that day when Thiago got injured in that challenge in the Everton game, there was another bad injury (to Virgil van Dijk) and after the scans it was like one was really bad news and the other one was really good news because nothing was broken, nothing was ruptured and stuff like this.

“But, as we realise now, it was still a massive impact on the knee. The problem is in a situation like that, nothing is ruptured and nothing is broken and that means everybody thinks, ‘OK, you can go after a few days’, but the impact on the leg was that big that it is still not OK.

“It is not massive and he trains from time to time, not in the moment because we just have to realise that we have to go a few further steps.

“I can’t say exactly when he will be fine, but it will take a few weeks still with Thiago.”