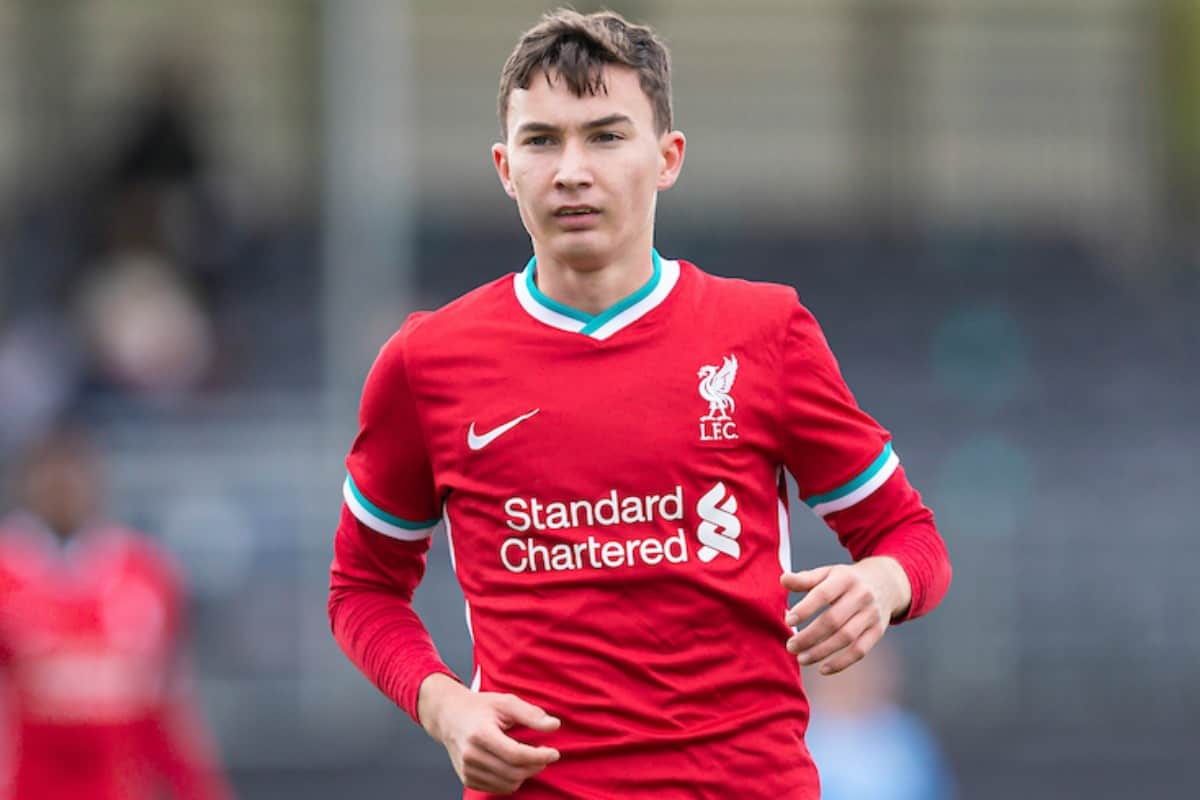 Three summer signings shone as the Liverpool under-18s thrashed Leeds 5-0 at Melwood on Saturday, with Marcelo Pitaluga keeping a clean sheet on his debut.

With both the under-23s and under-16s in action at Kirkby and safety a priority amid the COVID-19 pandemic, Marc Bridge-Wilkinson’s U18s hosted Leeds at the club’s old training ground at Melwood.

Bridge-Wilkinson made five changes to the side that lost 2-1 to Wolves before the international break, including a debut for Pitaluga and a first start for fellow new arrival Mateusz Musialowski, with Conor Bradley and Tyler Morton both with the U23s.

Musialowski enjoyed the perfect start to his full debut, with the Pole putting the young Reds a goal up on the quarter-hour mark with a smart finish.

Layton Stewart added to his prolific tally for the campaign midway through the first half, sliding home from James Norris’ cross, before turning provider as Melkamu Frauendorf – another summer signing – capped an emphatic first half with his second of the season. 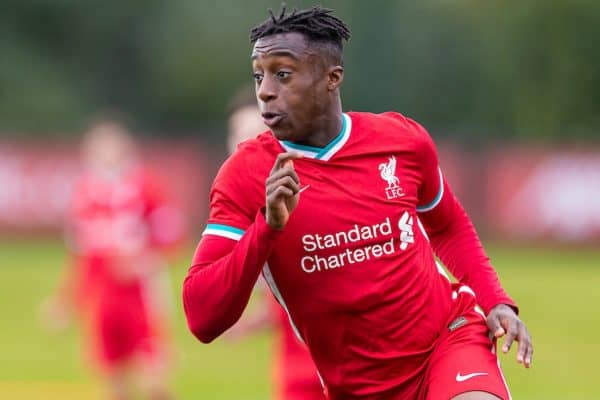 The bright Isaac Mabaya replaced centre-back Jarell Quansah at the break, and within five minutes of coming on he had put Liverpool another goal up, finishing via a deflection from Dominic Corness’ corner.

Pitaluga caught the eye between the sticks on his first outing at any level for Liverpool, though the Brazilian will likely endure busier afternoons as his time in the academy goes on.

The U18s dominated throughout, and with the prospect of the likes of Bradley and Morton making a more permanent step up to the U23s it is encouraging that those drafted in can more than hold their own.

Musialowski looks to be following Frauendorf in settling well in his new surroundings, and after a first goal for the club, he can hope for more to follow in the coming weeks.

Another new face found the scoresheet late on, with Oakley Cannonier moving up from the U16s to net his first at U18 level and cap a comprehensive 5-0 win.