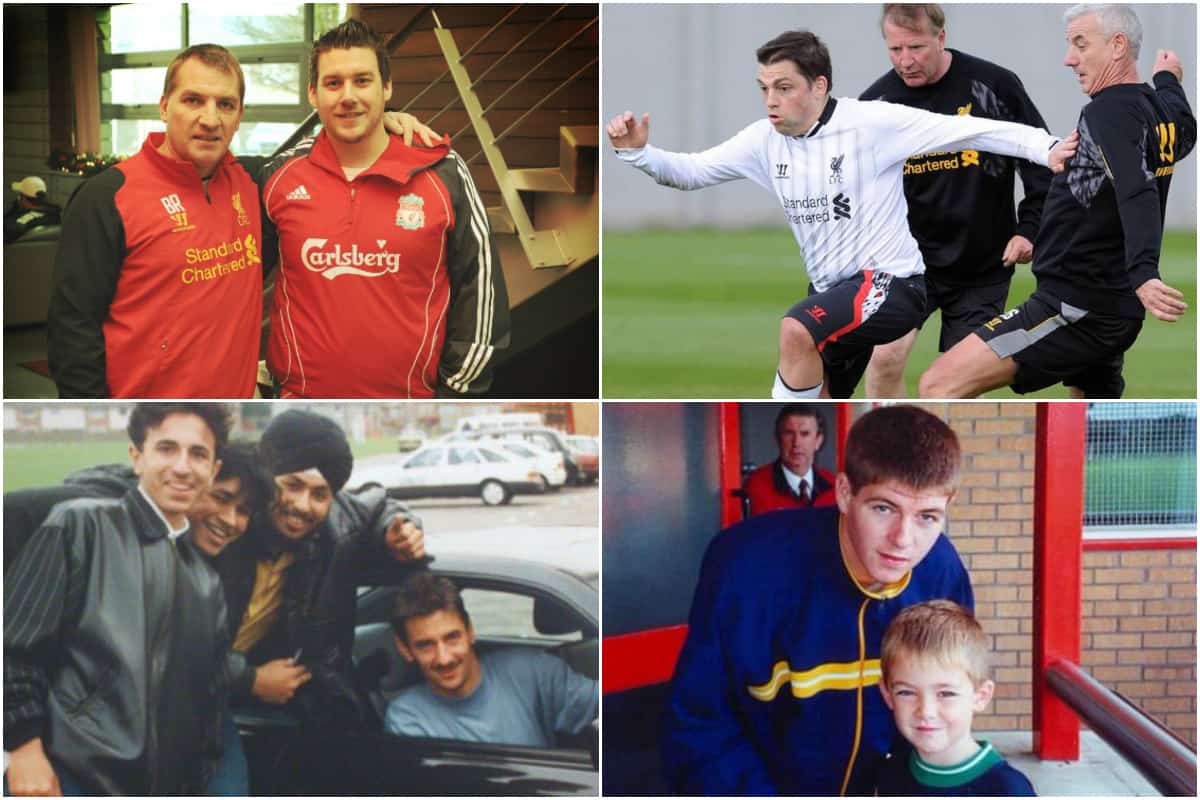 With Liverpool leaving Melwood after seven decades and moving into their new training ground in Kirkby, fans, journalists and staff have all shared their memories.

The club officially handed over the keys to their historic training ground on Tuesday, with transformation group Torus taking over to develop socially responsible housing on the site.

It is a strange day for Liverpool, but they are moving forwards as they head to the AXA Training Centre in Kirkby, following a £50 million redevelopment of the old academy facility.

Jurgen Klopp and his squad will resume training later this month, initially with a reduced group due to the international break, with the move allowing the first team a closer link to the youth ranks.

Players both past and present have already paid tribute to Melwood on social media, and this has been followed by a host of fans, journalists and staff, who have reminisced about their experiences with the Reds at the training ground.

For The Athletic’s James Pearce, this included dodging tackles from Ian Rush and interviewing Klopp in his office, while This Is Anfield’s David Lynch, formerly a club journalist, expressed his sadness at not being able to visit one last time:

Really sad to see Melwood go, and that the pandemic prevented one last visit. Got some unbelievable memories of the place, particularly from my time at the club. Feel very fortunate to have worked there. https://t.co/84Hvn6TK2j pic.twitter.com/EembdLz1Sk

Chris McLoughlin, columnist for This Is Anfield and writer for the Liverpool FC Magazine and the matchday programme, echoed Lynch’s sentiment and added “I’ve been lucky to visit for the last 20 years”:

Sad to to think to think I won’t ever go back to Melwood after #lfc’s players trained there for the final time today, but loads of good memories of an incredible place I’ve been lucky to visit for the last 20 years #Melwood pic.twitter.com/lT3dxVRzqL

The moment is certainly a sad one for the family of Bill Shankly, as his granddaughter wrote:

A sad day for my mum, the last bit of her dad taken away as the gates to melwood close for the final time pic.twitter.com/XKC5NiAUdX

Liverpool’s digital video editor Nikki Dyer relived the journey from “looking through the gaps in the wall, to getting to go inside as part of my job”:

From taking detours on my way to school looking through the gaps in the wall, to getting to go inside as part of my job. ?? #Melwood pic.twitter.com/VUTAjoHUpm

Supporters Greg McLean, Gareth Ellis and Aman Singh looked back to a time when it was easier for supporters to meet their heroes:

A sad day to see the Reds saying farewell to #Melwood, such an iconic training ground for so long. Was privileged to be able to go there as a kid to meet some of my favourite players @Carra23 @themichaelowen. Here’s hoping Kirkby brings as much success in the years to come @LFC?? pic.twitter.com/e9qOYQyoXN

In the 80s they would let kids into #Melwood to watch the team train. I remember preseason in 88 or 89 and passing my autograph book to Ian Rush who took it off me and onto the team bus. I cried hahaha and thought he'd taken off me. He hadn't. He got all the players to sign it!!!

Still got it somewhere in the loft. But thats how accessible the players were then. You could sit in the corner of #Melwood and just watch them train. If you messed about you got thrown out. Such a shame they are not going to keep it as a museum for fans to hear the history.

When i was 18 me and 2 mates jumped in £100 VW Golf with no brakes and drove to Liverpool, asked directions to this place called melwood. The fella on the gates invited us in. We met a few past and future legends #Melwood pic.twitter.com/oEndw5b5Wv

Melwood lighting west derby up for the last time. Used to spend every day of the summer holidays standing outside getting autographs as a kid an still love seeing the players go past rs now. Sad sad day ? pic.twitter.com/jQ8avP5rgX

This did still extend to recent years in some instances, with Decky Valentine reminiscing on an invitation for coffee from then-manager Brendan Rodgers:

@LFC bid farewell to Melwood. Great memories of looking over the wall for 3 hours then Brendan Rodgers bringing me in for coffee, I will always have a thing for Brendy to bring me in and show me around. #melwood 1/3 pic.twitter.com/1w4I9jCPK3

It may, for all intents and purposes, just have been a training ground, but Melwood has been the bedrock of Liverpool Football Club since the 1950s, and the memories made are priceless.

Hopefully, the club will be able to maintain that connection with the fans upon the move to the Kirkby site, with Klopp eager to ensure it is a “really special place,” just like Melwood.

UNSEEN MELWOOD: 34 photos that show Liverpool training was very different in the ‘90s