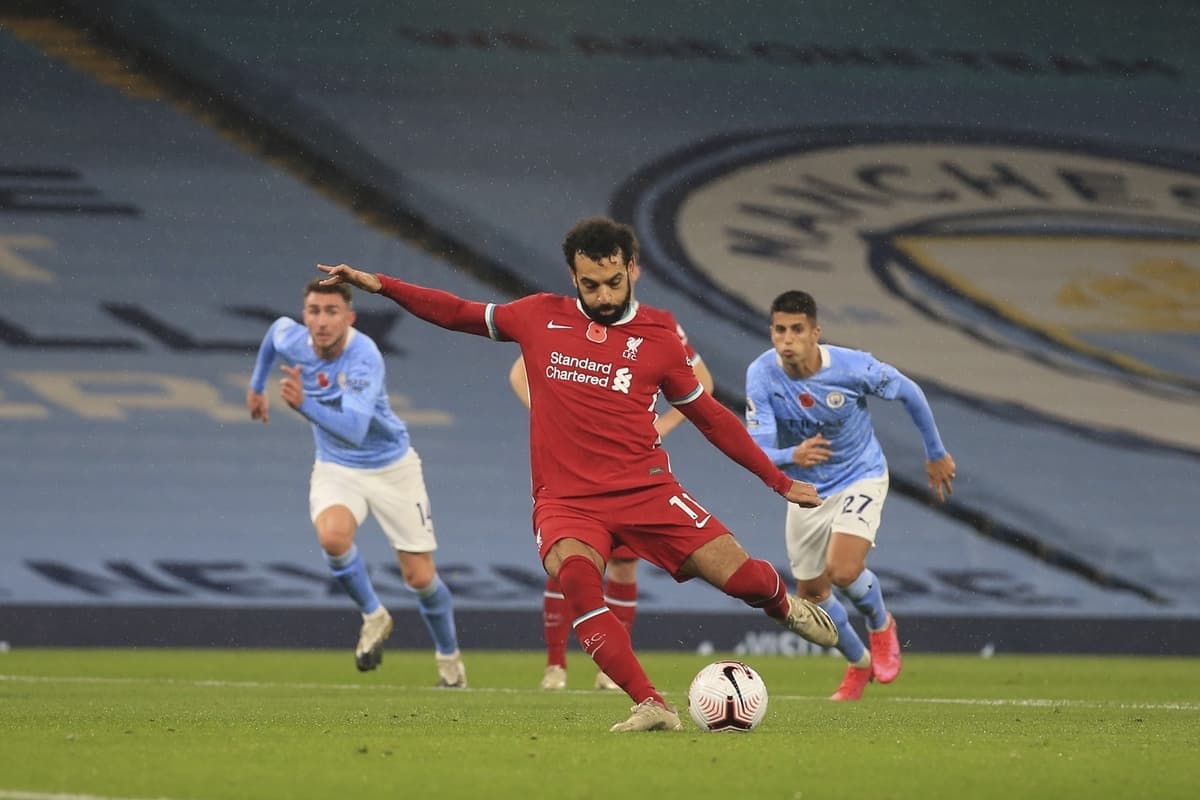 Liverpool drew 1-1 away to Man City on Sunday afternoon, with Mohamed Salah and Gabriel Jesus exchanging goals at the Etihad.

The Reds faced their biggest match of the season so far, with City still their strongest title rivals in 2020/21.

Salah fired the champions ahead from the penalty spot, following Kyle Walker’s foul on Sadio Mane, as the visitors started superbly.

City were level thanks to Gabriel Jesus’ excellent solo effort, but Liverpool were let off the hook when Kevin De Bruyne’s penalty flew wide.

The second half was a far more forgettable affair, and in the end, both Jurgen Klopp and Pep Guardiola appeared to be content with a point.

Supporters seemed happy with the result…

Could’ve been 3pts with better finishing, but 1pt at the Etihad never a bad result. Gomez & Matip strong on their first start together, Henderson & Gini solid & front four brilliant in nullifying City at times. Fatigue always going to play a part 2nd half with fixture schedule.

Liverpool won’t have many opportunities to improve on last season’s result in a fixture, but there’s one.

“Great first half, ran out of puff in the second. Allison excellent. Good to have Matip back”

After consecutive losses at their stadium, a draw is welcome.

It's a point more than last season. Lets see how they do at Anfield when we have the majority of our team back.

“I’d have taken that this morning.”

Take that all day.

There was lots of praise for Gomez and Matip…

I will absolutely take that. Legs went in the second half, but a really solid performance overall.

Joe Gomez was colossal this afternoon. Well in

Matip, Gomez, Robertson and Wijnaldum all excellent. The front line weren’t their usual selves, but it’s a new configuration and could take time.

“Thought Gomez and Matip both did a good job in keeping their attacks to a minimum.”

Man of the Match for me was Matip, but Alisson was close – so proactive and dominant.

Take that all day, never a bad point at the Etihad. Two in midfield nearly killed us from 65 onwards.

Trent’s injury is a worry, though…

On Trent's injury, it shouldn't be a surprise. He's started every PL and CL game despite the condensed nature of the season and on top of his high workload of last two seasons. Plus England duty.

Under the circumstances, we take that. Let’s hope Trent can recover during the international break. ???

I'll take a point in the end. Sublime first half, but tough going in the second. Trent's injury a bit of a worry but Reds are back to being tough to beat

Under the circumstances, we take that. Let’s hope Trent can recover during the international break. ???

Liverpool look in a strong position to defend their title…

No Van Dijk. No Fabinho. No Thiago. Three of the best at what they do in world football. Go to our biggest rivals with an attacking formation no other team would dare attempt. Come away with a point. Full strength we’ve pulled ahead from City. Which is mad given money spent. #LFC

Haven’t seen anything from City that’ll suggest they’ll finish above us this season. Obviously no guaranteed, but I honestly think we’ll win it again. Time will tell I guess.

“With Chelsea, Arsenal and City out of the way we can look forward to picking up more points.”

2nd half was a different game but Robertson and Gomez were good. Thought Milner and Shaq did well when they came on. Big point though especially after Trent's injury.

That's Everton, Chelsea and City away done and 5 points from it, not bad but bit unfortunate not to have 7/9

“We’ve had the toughest fixtures so far, with Leicester up next, so a win there puts us top with a decent amount of the toughest games out of the way already.”