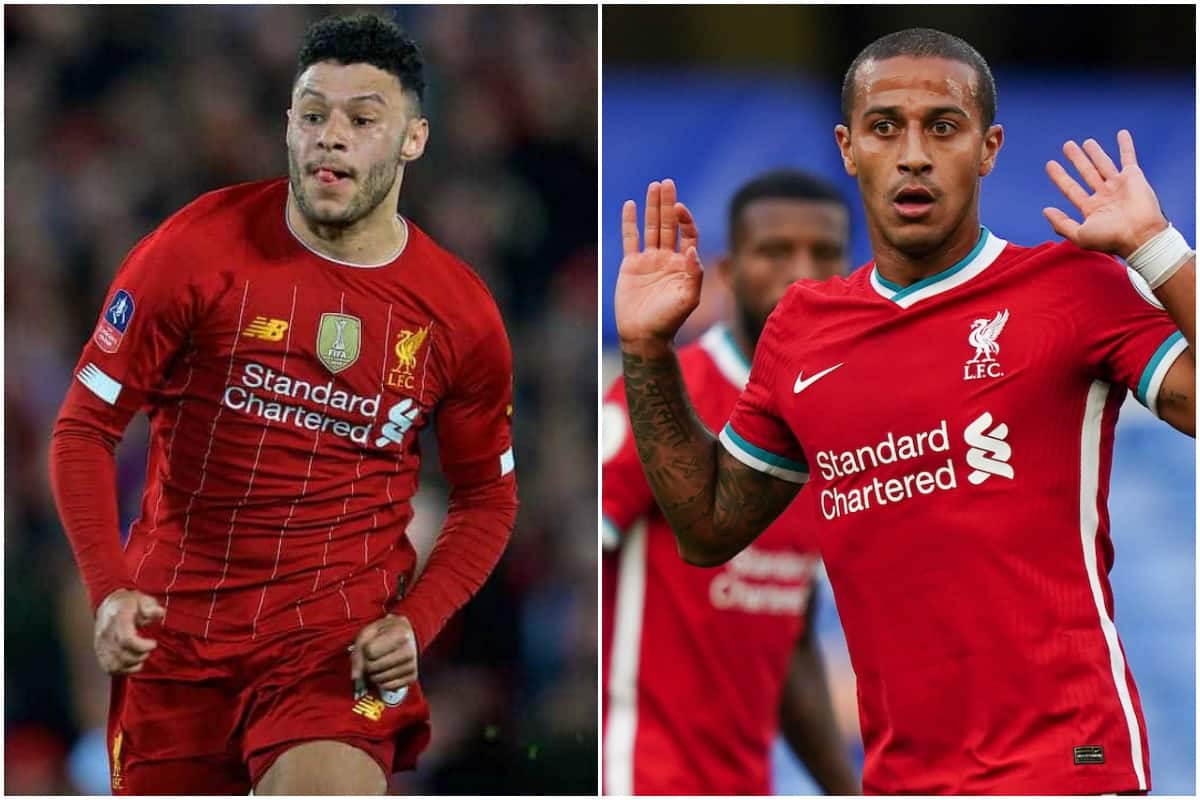 Jurgen Klopp has confirmed that neither Alex Oxlade-Chamberlain or Thiago are to be available for Liverpool’s next two games against Ajax and Wolves.

It’s been a torrid time with injuries for the Reds in recent weeks particularly in defence and midfield, with the both handed a further blow after a hamstring injury to James Milner at Brighton.

The 34-year-old went down with a hamstring injury, after playing three times in six days, and was subsequently withdrawn on the 74th-minute mark to add to the selection headache for Klopp.

The return of Jordan Henderson for the second-half at Brighton would have been a welcome relief for the Reds whose list of casualties in the middle of park now include Milner, Naby Keita, Xherdan Shaqiri, Alex Oxlade-Chamberlain and Thiago.

The latter two have been on the sidelines for a considerable amount of time, Oxlade-Chamberlain since August and Thiago since the Merseyside derby.

And while the No. 15 has been pictured back on the training pitch at Kirkby as he ups his recovery from a knee injury and Thiago remains hidden from view as his rehabilitation from a knee injury of his own continues, the pair are not to be back in the near future.

After the 1-1 draw at Brighton, the boss was asked on the chances of seeing either feature in two all-important clashes against Ajax and Wolves and he all but confirmed their absence.

“I don’t want to tell Ajax and Wolves too much, but I don’t think so,” he said.

It leaves the Reds thin in the middle of the park, with Henderson having only just returned, Gini Wijnaldum in the red zone after 241 minutes in six days in addition to his exploits on international duty and Curtis Jones in his first season as a first-team regular.

With rotation and game management key Liverpool could turn to the likes of Academy stars Jake Cain and Leighton Clarkson, both of whom have taken places in Champions League squads this season.

It’s far from perfect but the Reds remain in an enviable position both domestically and in Europe and their powers of resilience and creativity will be key in the week ahead and beyond.