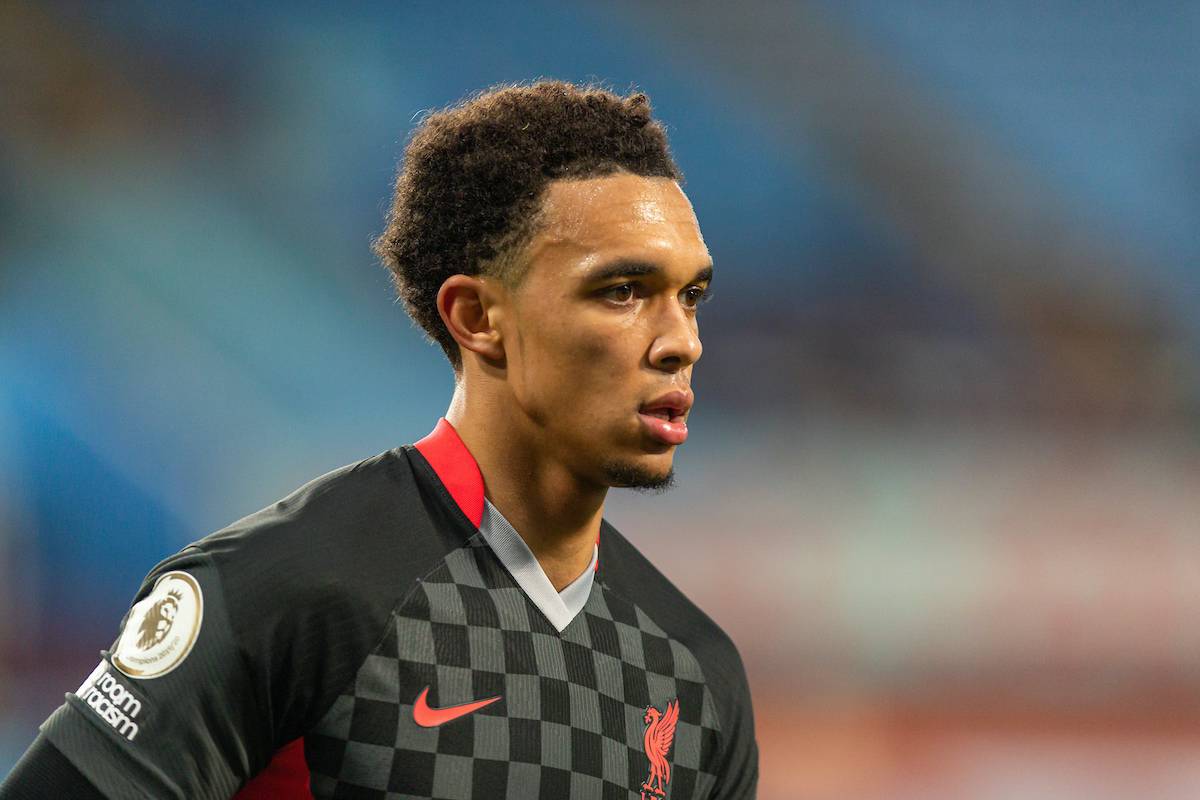 Trent Alexander-Arnold is expected to be sidelined for four weeks with the calf injury he picked up in the draw at Man City on Sunday.

The Liverpool right-back was immediately withdrawn from international duty and news has emerged on Monday night that the 22-year-old is set for up to four weeks out, according to Paul Joyce of the Times.

Such a timeframe would make sense with a calf injury of this nature – likely a ‘grade 2’ calf tear – but the timing of the issue is far less problematic for Liverpool than it may have been at other times in the season.

Alexander-Arnold will likely miss games against Leicester City, Atalanta, Brighton and Ajax, possibly returning against Wolves on December 5 or 6.

Jurgen Klopp opted to bring on James Milner at right-back against City, with deputy Neco Williams not among the subs at the Etihad, but the Welsh international should now be in line for his first Premier League start of the season.

A muscle injury of this nature for Alexander-Arnold would not be entirely unexpected given his workload not just this season but in the last two years as a youngster.

In the summer, Klopp spoke of his desire to rotate his full-backs more this season, saying that Alexander-Arnold and Andy Robertson “cannot play every season 50-something games—it would limit their careers, to be honest, even when they come through.”

But both have started every Premier League game and Champions League fixture so far this season, plus internationals with England and Scotland respectively.

Other options for Klopp in Trent’s absence are Joe Gomez and Fabinho, but both are more likely to be needed at centre-back and so Milner or Williams look set for some time on the right of the Reds’ defence.

Liverpool will be hoping that Thiago and Fabinho are both back to full fitness after the international break, with neither away with their country this fortnight and instead working on their fitness back on Merseyside.