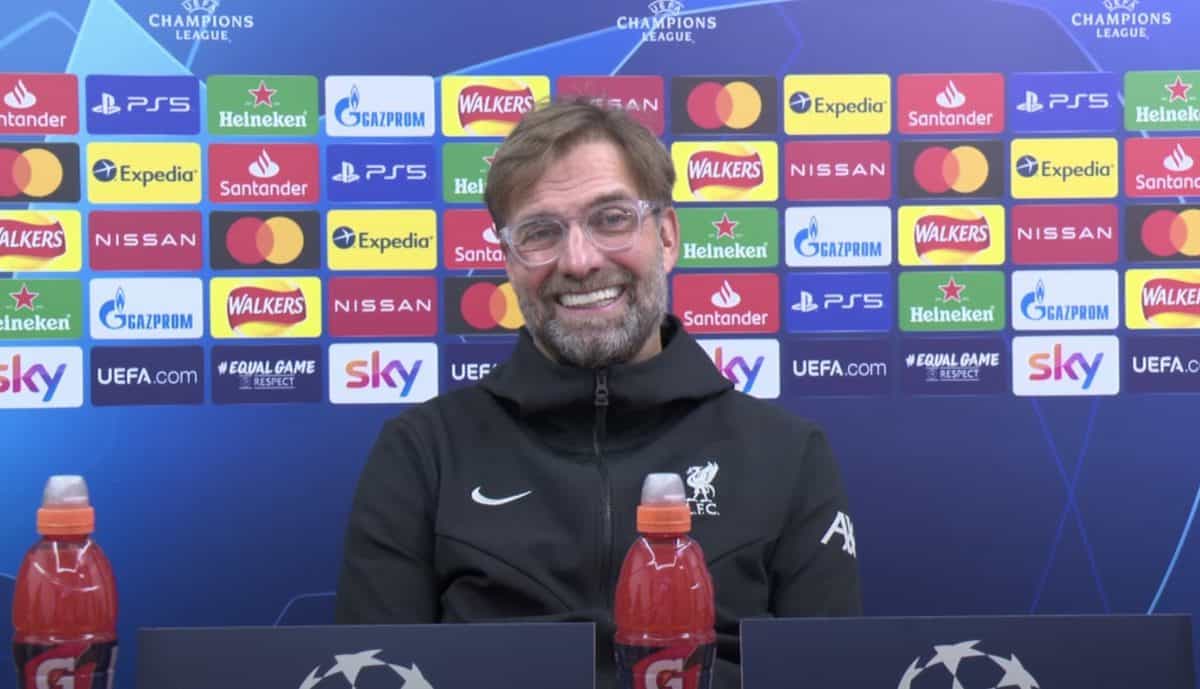 The Reds boss spoke to media ahead of our trip to Italy for the third European fixture of the season, with the Reds sitting top of Group D two games in, two points ahead of our upcoming opponents.

While the Reds don’t have a great record in Italy of late, there’s no team on the planet who will outright cause this side fear after proving themselves one of the best, and the most resilient, over the last couple of years.

Even so, Atalanta have been exceptional over the last 18 months themselves, a free-scoring outfit who reached the latter stages of the Champions League last season in Lisbon.

“They are very good. Top players, top recruitment,” Klopp said of the Serie A side.

“Very well organised, play their system with 100 per cent conviction – they know what everybody has to do, use the skills of the individuals in an incredibly smart way.

“You can see [Papu] Gomez’s role in midfield, completely free-floating, genius running around, making it really difficult to catch him.

“There’s impressive developments with players as well, [Robin] Gosens is now a German international, before he played that role at Atalanta I’m not sure a lot of people knew about him, that’s just one example. They have a lot of these stories.”

Klopp was also quizzed on the progress of Diogo Jota, who has hit the ground running since arriving at Anfield this summer.

“He’s in the best age, 23, already experienced, played a lot of Premier League football so he’s is a really good boy and a really good signing.

“He never hold players back but usually they need time to adapt, but I knew it would not take too long for him because of how Wolves play – the intensity is always incredibly high.

“The boys on the wings have to run like crazy so it would be clear physically he will be fine, technically we saw he is good and the rest is then finding your feet in a new environment – and the boys make it easy always for new players.”

The Reds now head to Bergamo for the Tuesday night encounter, with this the penultimate game before yet another international break.