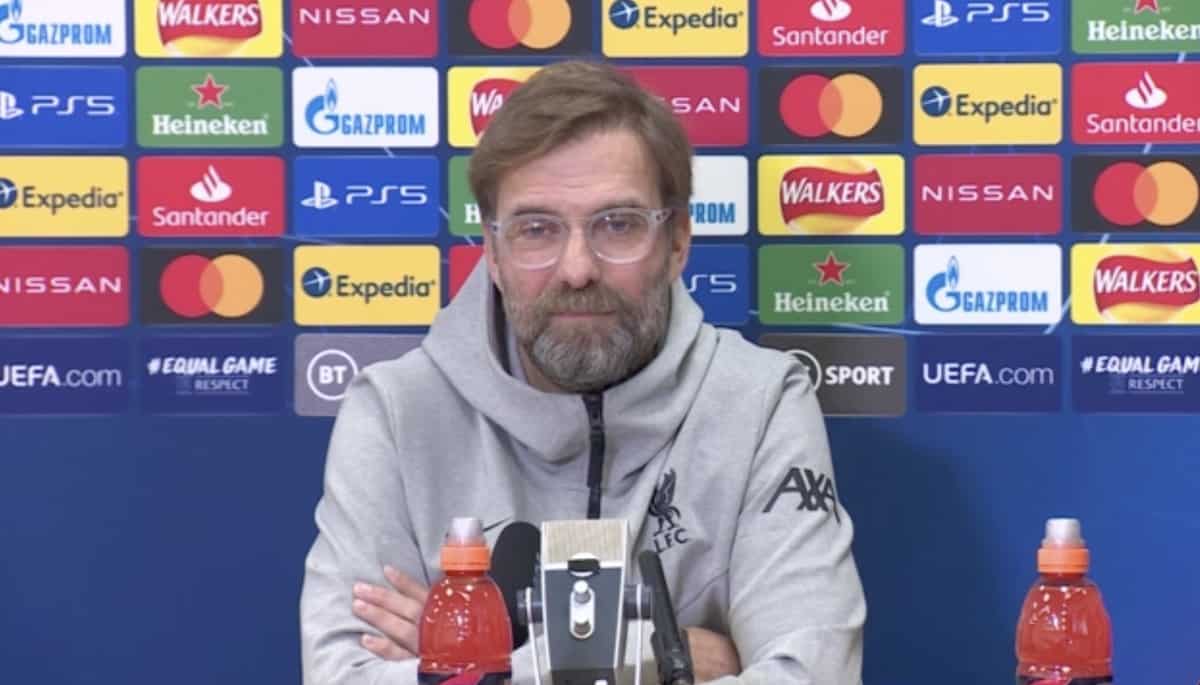 Jurgen Klopp is expecting a “close game” against Ajax on Tuesday night as his side look to secure their place in the last 16 of the Champions League.

It is the second opportunity to secure passage into the knockouts for Liverpool after they stumbled against Atalanta last time out.

But having started with three successive victories, including a 1-0 win at Ajax, a draw on Tuesday evening would be enough to progress from Group D with a game to spare.

The Dutch side are not to make it easy, however, as a victory at Anfield would push them ahead of the Reds and after a run of 31 goals in five league games since they last played Liverpool.

“Yeah, why should I not expect a close game? Ajax Amsterdam is a really good side and since our game is flying pretty much through the league,” Klopp told the media on Monday.

“Big results, clear top of the table, very talented, some players coming back – these kind of things. Yes, I expect a close game.”

And while a win against Atlanta would have enabled Klopp greater freedom in his team selection amid what is a congested fixture list, he simply cannot afford to think similarly this time around with points still very much on the table.

“I actually don’t see it in that perspective because that would mean I count somehow with the points already,” the boss added.

“We deal with the situation like how the situation is. Yes, three points would be great, absolutely great. But that is obviously on the table, so clear that it would help us massively.

“I didn’t think I would have to mention it today. But yes, of course, important game against a really good team and that’s the way we want to approach it.”

There was also an update on Thiago, who is not expected to feature until after the New Year, while there was better news on Trent Alexander-Arnold who could be back to face either Wolves or Midtjylland over the next week.