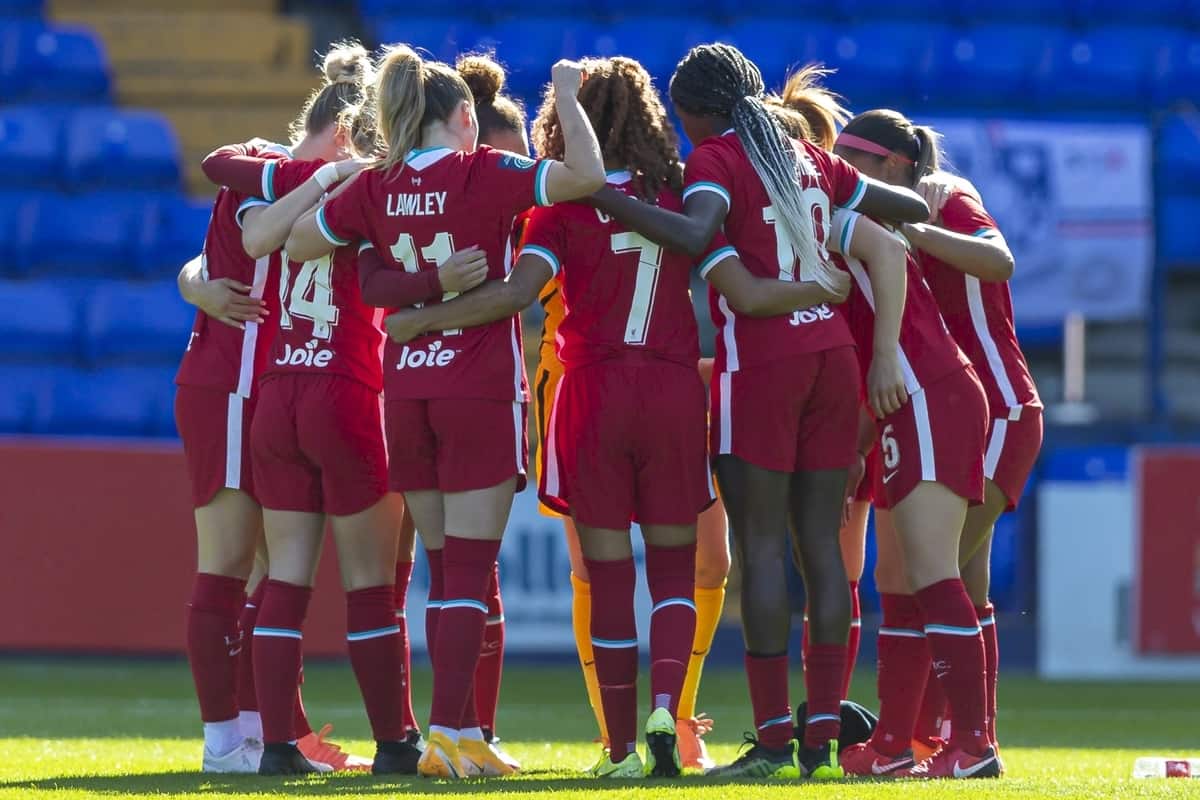 Liverpool FC Women take on Everton in the League Cup this evening, with all the action from the Merseyside derby at Walton Hall Park available to watch live here.

Vicky Jepson’s Reds take on their city rivals in the group stage of the Women’s League Cup, looking to respond to a 3-0 loss to Man City last time out in the competition.

A 3-1 victory over Man United kicked off the Women’s League Cup for Liverpool, and three points tonight could help secure progress to the knockout round.

It has been a mixed season for Jepson’s side so far, having endured relegation to the Championship on a points-per-game decision at the end of last term, but they currently sit third in the second tier with four wins, three draws and a loss.

With Rinsola Babajide rewarded with her second callup to the England squad this month, the 22-year-old will be looking to play a key role in the derby.

LFCTV’s coverage of the clash begins at 6.30pm, with kickoff at Walton Hall Park – in the Liverpool Soccer Centre – coming at 7pm.