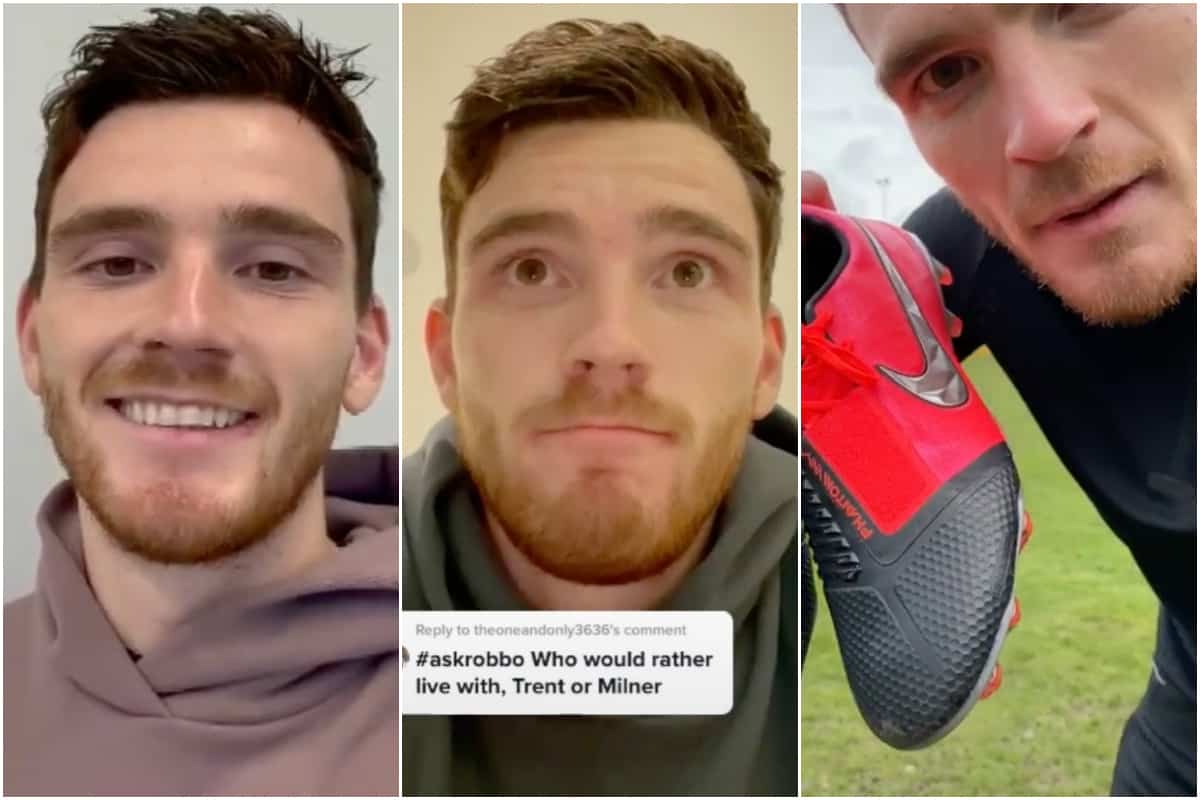 Andy Robertson looks to be giving James Milner a run for his money in the social media stakes, after the Liverpool left-back began posting on TikTok earlier this month.

Picking up where Vine left off, TikTok allows users to post short videos with the use of editing software that provides audio from existing clips, along with a number of other effects.

That has seen trends crop up across the app, and while it is certainly difficult to keep up with – and filter through the dross – there are some worthwhile accounts to follow.

One of those has now come courtesy of Liverpool’s No. 26, with Robertson joining TikTok and already proving himself to be a pro at the format.

His first post was a throwback to his pre-season nutmeg on Mohamed Salah, complete with the perfect audio:

Then he cut a lingering look at Milner with Whitney Houston’s I Will Always Love You over the top:

? I Will Always Love You – Whitney Houston

And more recently he shared the footage of him leaving Chelsea‘s Jorginho on the deck with a simple turn in September’s 2-0 win at Stamford Bridge:

The Scot also held a Q&A with supporters via the app, even receiving a question from legendary Brazilian left-back Roberto Carlos, asking if Robertson could replicate his famous swerving free-kick in a game.

“First of all, imagine getting a question from Roberto Carlos. What a legend!” Robertson replied.

“Thank you for your question, and you are an absolute inspiration for me growing up and all my generation.

“Secondly, I would pay a lot of money to have your left foot. I would love to be able to put a free-kick in like you did – and I’m sure my team would as well – but I’m not sure it’s in my locker.

“I’ll keep trying but, Roberto, I think I need to accept that it’s never going to happen. Absolute legend.” 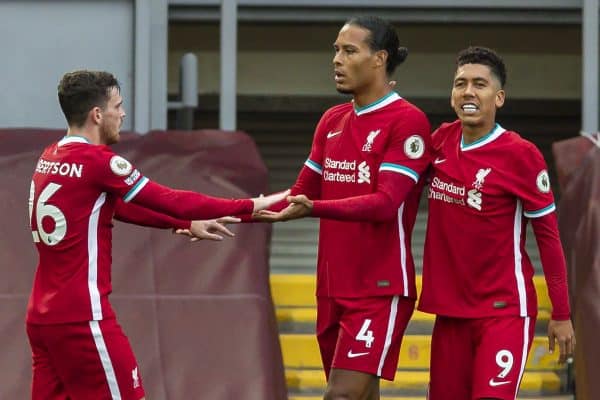 Robertson was also asked which of his Liverpool team-mates was fastest over 100 metres, opting for Virgil van Dijk and saying “I don’t think the wingers have a chance.”

“Hendo would love put his name in the mix, so would Trent; nowhere near it, it’s a race between the two quick centre-halves,” he explained.

Trent Alexander-Arnold did at least win out over Milner when Robertson was questioned on who he’d rather live with, saying: “The idea of me getting up at half-past six in the morning to do press-ups and sit-ups with James Milner doesn’t appeal to me whatsoever.”