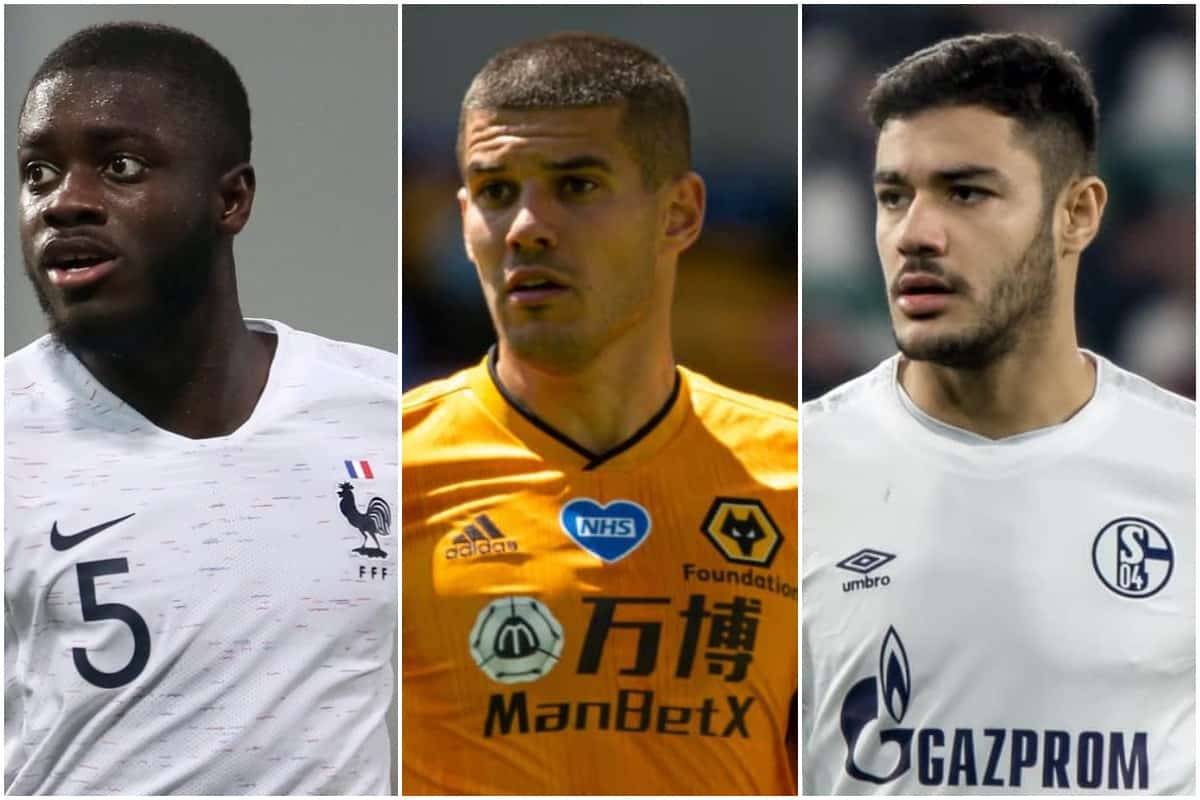 You may have noticed: the absence through injury of Virgil van Dijk and Joe Gomez has given the global media free rein to create as many centre-back-based transfer rumours as possible for Liverpool!

The Reds may well look to strengthen in January, though it’s far from guaranteed. Last year Jurgen Klopp added the low-cost Takumi Minamino to his squad, but other winter windows have been unremarkable and not a time to pay big money for new faces.

Injuries are the only real reason why a new face would be added at this specific moment, but against the centre-back duo’s unavailability, Klopp will look at how Nat Phillips and Rhys Williams have stepped up when needed and how Fabinho has been basically an elite defender – as well as Joel Matip playing a big role, of course.

If there is to be a new face added, we may have already seen the first links with them over the past month or two – but it’s also likely that some of the rumours are entirely without foundation and have no chance of being proven true.

Here we look at nine of the names to have been reported as interesting Liverpool for the month ahead, along with their suitability as additions…and the likelihood of them being the chosen one for Klopp, Michael Edwards and Co.

Rumour reliability: No smoke without fire when it comes to so many sources, even if they each have a scattergun element.

There’s no getting away from the fact Kabak, along with everyone at Schalke, has had a horrible season and the young talents there would be well-served by moving on and starting again.

At his best he’s powerful, fast and dominant and, while there’s still lots to learn in terms of positional play and decision-making, there are also lots of raw tools to work with and at age 20 he could be a long-term project to create a top-level player from. That’s a long way off right now, though.

Likelihood: 3 (out of 5). Available, reasonably low-cost but also not a right-now starter.

Linked by: Mirror, Bild, the Athletic

Rumour reliability: Pretty good! Local journalists in both Liverpool and Germany have said he’s on our list.

The best defender on the list in terms of being aggressive and on the front foot. Already close to a top-level centre-back and he is likely to be at the top of many clubs’ list for summer.

Dominant in the air, great on the ball, vocal and extremely costly. We could still get him…but the chances of that happening in January are greatly reduced as the Reds face Leipzig in the last 16. Perhaps one for next summer, though.

Likelihood: 1. This would have been higher, but for the Champions League draw. In summer, though…

Rumour reliability: Just the one journalist so far, though he’s at the top of the German rumour tree. It would be weird if the Reds were watching Upamecano but not the guy stood next to him.

While Upamecano is the best defender in terms of being proactive and aggressive, his partner Konate is the best in terms of covering, positional work, aerial dominance and being that ‘stable second’ who rarely makes a mistake.

The 21-year-old doesn’t have the profile or the price tag of Upamecano but has every chance to be just as big a name – and good a player, more importantly – for many years to come. A great fit for the Reds, but also for every other big team, pretty much.

Rumour reliability: Lots of outlets have spoken about “Liverpool-linked Coady”, without ever actually citing who is linking him. This appears to stem from a few older, former Reds saying he’s a great option and a couple of opinion articles suggesting him as a Van Dijk replacement, rather than any tangible, credible links in the media.

No surprises here given he used to be our player, albeit as a midfielder. Coady is great on the ball, has a fantastic passing range, is a leader and an organiser.

He is less-adept when it comes to actual one-on-one defending, and has only just started playing in a two-man central defence this season, age 27.

Likelihood: 2. It seems entirely unlikely that he’ll be brought back but Klopp does love a strong character. Then again, maybe his recent dive means this is now a 1-out-of-5!

Rumour reliability: Only local outlets so far; though they will have their finger on the pulse with club matters, there’s no reason to think the Reds are doing anything more than keeping tabs on all the talented 20-somethings at LOSC.

A very good defender who has improved and impressed in double-quick time. Elegant on the ball, tall and strong, fiercely committed and extremely intelligent with his positional play.

At 20 years of age he can go on to be anything at all – though he wasn’t on the radar of many clubs when he moved to France this summer, given a relative lack of experience. Lille likely have to sell one or two this winter due to massive monetary problems and pressure from lenders.

Likelihood: 3. Financial issues at the club, playing left side and style all make him a good possibility.

Rumour reliability: One says interest has been ongoing, passive and not acted upon, one says contact has been re-estasblished of late with January intent. You decide which is which.

We’ve been linked with him for some time now, but Brighton weren’t keen on selling and he has been a regular this term, both in defence and in central midfield.

Quite a different style of defender to those the Reds currently have, a bit less on-the-front-foot by nature of the team he’s playing in, but very good at playing out.

Likelihood: 1. He has signed a long-term contract and would cost a fortune relative to his actual level of quality.

Linked by: AS Roma Live

Rumour reliability: One level down from Don Balon and ClubCall.

The 22-year-old likes to bring the ball out of the back line, gets forward down the channel when in a back three and plays left side usually.

Gets himself in the way of shots and makes Fabinho-like tackles around the edge of the box, but all of this is probably irrelevant given the rumour source.

Likelihood: -5. Utter drivel until we hear something from elsewhere.

Rumour reliability: Hit-and-miss for both, perhaps. But the defender himself provided an update…

We played him in Europe, so saw his talents and current limitations. A good one-on-one defender, but not the most agile and is of course still lacking experience.

Another young option who looks set to get far better, so it’s understandable to target them as long-term building blocks, but probably not for immediate centre-back starters.

Likelihood: 2. Never say never, but the youngster has said he intends to get a few more years in the team with his current club first.

Would be nothing more than emergency cover until the end of the season. Great in his day but he’s 34, hasn’t played in a year, hasn’t been with teams playing a high defence and dominating play and has been injured, too.

No real benefit to playing him over Rhys Williams, for example, unless the team is totally bereft of options and experience – and as the crisis is now easing at last, there doesn’t seem to be much need for him.

Likelihood: 1. Only if we’re really desperate and loan out Rhys – otherwise what’s the point?