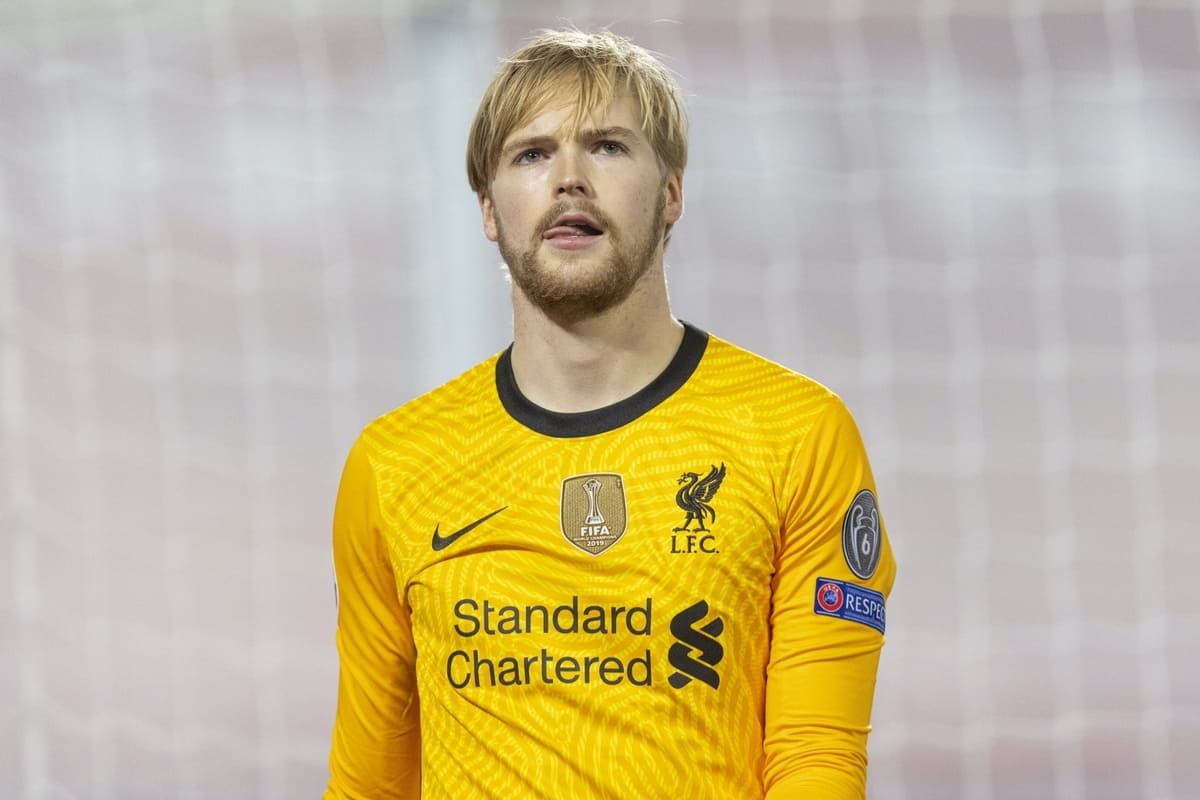 Caoimhin Kelleher made a confident assessment of Liverpool’s youth after a standout display on his Champions League debut, saying “we’re not here just to take part.”

Kelleher was a surprise starter as the Reds hosted Ajax in Group D on Tuesday night, as despite Alisson being injured, Adrian was the expected stand-in.

But the Irishman rewarded Jurgen Klopp‘s show of faith with an impressive showing in his first outing in Europe, including a number of fine saves – the pick of which keeping Klaas-Jan Huntelaar out from point-blank range at the death.

A clean sheet was recognition of Kelleher’s performance, while at the other end of the pitch two other academy products combined for the winner as Neco Williams teed up Curtis Jones.

Speaking to BT Sport after the game, Kelleher held it up as vindication for Klopp’s belief in those who are stepping up to fill in during a prolonged run of injuries.

“We’re not here just to take part, we want to push every day and try to play as many games as we can.

“We can see that now we’re actually making a difference and we’re improving the team as well. So yeah, that’s good.”

Kelleher made four saves and two claims in his first outing in the Champions League, but was also excellent on the ball and in snuffing out possible chances for Ajax from long passes.

The Republic of Ireland goalkeeper attested to his work on the training ground for the strong stops, and the quality of those in front of him for making his “decisions so much easier” in possession.

“That’s what I’m there for,” he said of his saves.

“I work every day in training on that to make sure when it comes to a game that I’m ready and prepared, and thankfully tonight I was able to make a good few saves.

“It’s quite easy for me [on the ball] to be honest because the players in front of me, when I get the ball back they always make easy options for me.

“They make my decisions so much easier, so that was easy for me tonight with the players in front of me.”

Just eight days after his 22nd birthday, Kelleher became the youngest Liverpool goalkeeper to start in the Champions League since Scott Carson in 2005, and the reception from his native Cork was suitability jubilent.

He said: “My phone’s been hopping now since I’m been in, just texts from everyone there!

“All the support and messages I’ve been getting, I’m just thankful for that.”