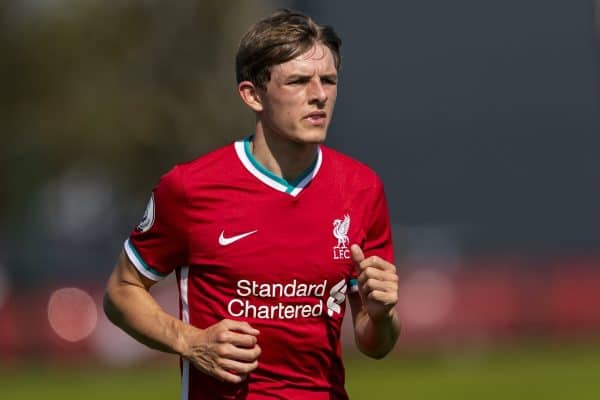 Jurgen Klopp has made eight changes to his side as they meet Midtjylland in their final Champions League group game, handing out a European debut to Leighton Clarkson.

The Reds are in Denmark for the Group D finale, with the clash a dead-rubber having already qualified in top spot following on from their victory over Ajax.

But despite no pressure on the result and a host of changes to his side, it is still a game Klopp “wants to win” – which would set another club record for his men.

The opportunity to rotate on mass is scarcely available and with a further five games in December, the boss has seized the chance tonight.

After making his maiden appearance in the competition just a week ago, Caoimhin Kelleher retains his place between the sticks, joined by Rhys Williams and Fabinho at centre-back.

Where Trent Alexander-Arnold and Kostas Tsimikas flank the pair at full-back, with the No. 66 having the honour of captaining the team for the very first time.

In midfield, there is a Champions League debut for Leighton Clarkson, who is joined by Naby Keita in what could be a 4-2-3-1 system with Takumi Minamino joining the forward contingent.

A chance to impress comes the way of Divock Origi in attack, with Diogo Jota and Mohamed Salah also slotting into the forward line.

And a wealth of experience is available to Klopp on the extended bench, with the likes of Sadio Mane, Gini Wijnaldum, Jordan Henderson and Roberto Firmino all waiting in the wings.