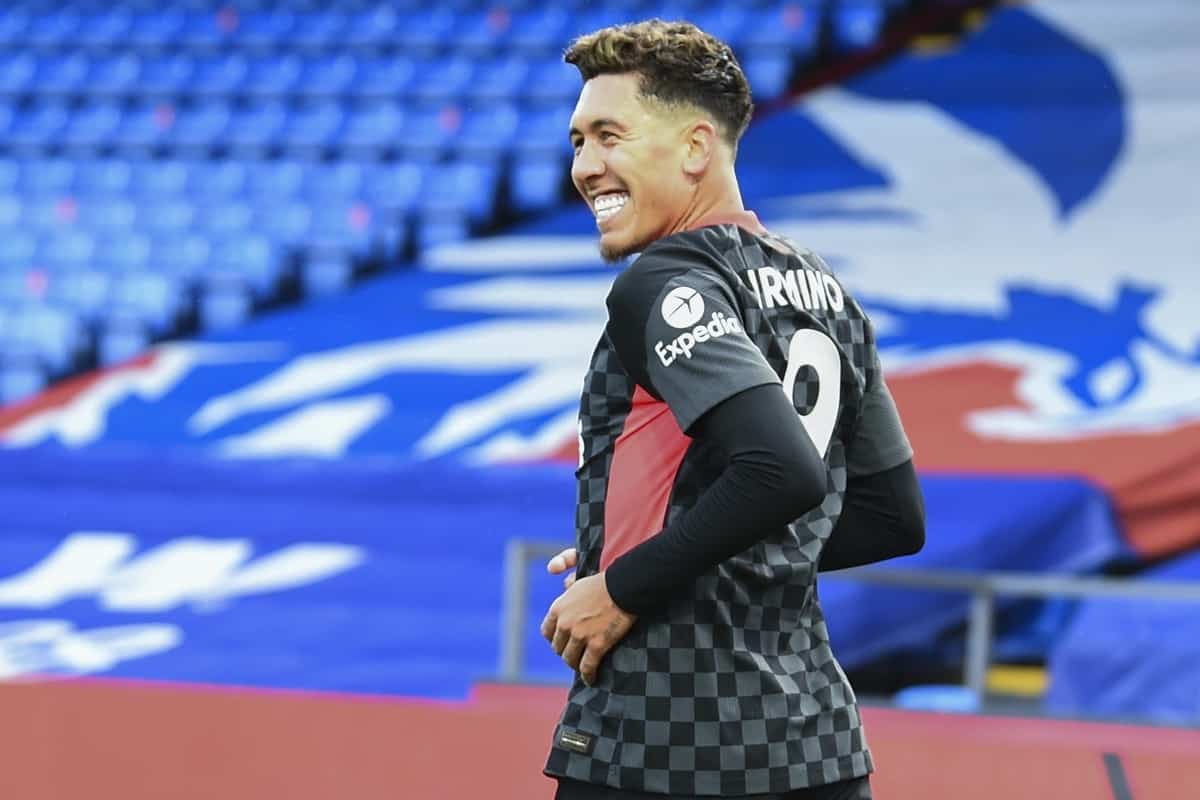 Liverpool ensured they will stay top of the Premier League for Christmas with a remarkable 7-0 win at Crystal Palace on Saturday, in a stunning return to form.

After a huge win in midweek, Jurgen Klopp made three changes to his side, and a strange first half played out at Selhurst Park as Liverpool were decidedly sloppy but came away with a heavy lead.

Takumi Minamino was among those to come in, and it took the Japanese – playing on the left – just two minutes to score his first Premier League goal, sitting Nathaniel Clyne down with a neat touch and then hammering it low in for 1-0.

While the Reds impressed in the opening 10 minutes, Palace soon took control and should have levelled as first Jeffrey Schlupp headed into Alisson‘s grasp and then Jordan Ayew’s pullback denied Wilfried Zaha a big chance.

The champions’ quality shone through as they capitalised on their openings, and Sadio Mane ended his drought with a deadly finish, benefiting from the pressing of Minamino and Naby Keita to take the ball from Roberto Firmino, turn and fire in.

Firmino, who looks to have found his mojo again, then capped the first-half scoring with a sublime goal on the counter, starting and finishing the move as he touched down Andy Robertson‘s cross and deftly clipped in for a big lead. 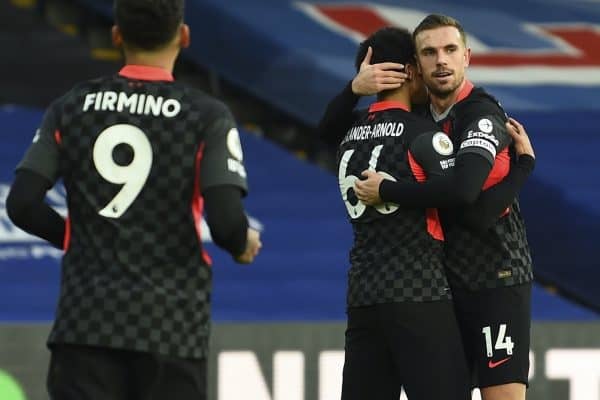 The party didn’t stop with the half-time whistle, as Liverpool continued to punish Palace after the break, with a fourth different assist-goalscorer combination emerging as Trent Alexander-Arnold laid it on for Jordan Henderson.

A beautiful pass from Keita out to Alexander-Arnold on the right could have seen the 22-year-old shot himself, but he instead had the awareness to play a perfect ball back to Henderson, who curled an unstoppable finish beyond Vicente Guaita first-time.

Liverpool had a real swagger about them in the second half, and Minamino had a great chance to make it 5-0 as he curved his close-range attempt just wide of the post, while Klopp flexed his bench options by sending on Mo Salah for Mane.

Firmino wasn’t done, either, with the No. 9 latching onto Salah’s pass as defence turned to attack again, before chipping the onrushing Guaita for his second away goal in 70 minutes after 11 months without one. 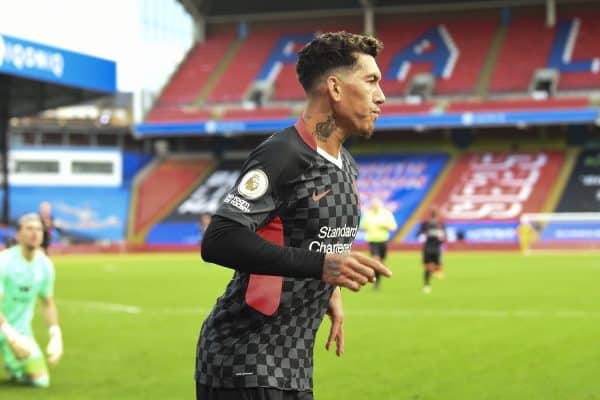 An unassailable lead allowed Klopp the breathing space to send Alex Oxlade-Chamberlain on for a first appearance of the season, and while the change deprived Firmino a deserved hat-trick, resting him, Mane and Gini Wijnaldum is a wise move.

Salah extended the gap further with 10 minutes still left to play, turning in Joel Matip‘s towering header from Alexander-Arnold’s corner, before making it 7-0 with a stunning curler soon after.

Roy Hodgson couldn’t help but laugh in the Palace dugout, as Liverpool cemented their place at the top of the Premier League with one of their finest performances of the Klopp era.