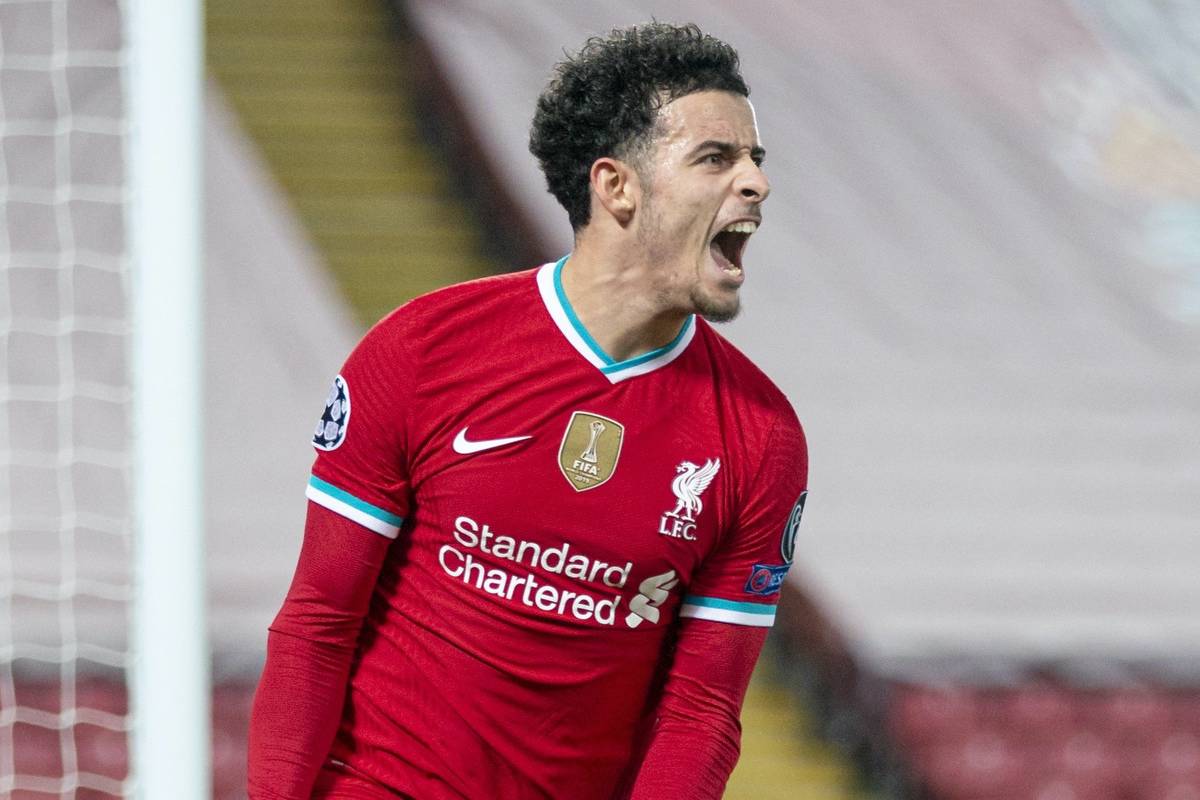 The Reds were battling in an even contest with Ajax on Tuesday night when Neco Williams curled a left-footed cross towards Andre Onana’s back post.

It appeared to be sailing out for a goal-kick, and it seemed Onana was of that belief as the goalkeeper allowed it to dip over him, only for Jones to steal in at the back post and volley in.

Jones has now scored six goals in 25 appearances for Liverpool, with only Sadio Mane, Diogo Jota and Mohamed Salah netting more than the 19-year-old’s three so far this season.

The midfielder was clearly thrilled with his contribution as the Reds booked their place in the last 16 as winners of Group D, with Jones taking to Instagram after the game:

Speaking to LFCTV, Jordan Henderson relished a win in which the Reds dug deep, and praised Jones and Williams for their combination with the winner:

“He listens, he wants to learn all the time, and I think over the last few weeks you’ve seen the maturity in his play and he’s been outstanding. So he deserves his goal.

“Great ball from Neco, I thought he overhit it so I might have given him a bit of stick when he hit it but it was a fantastic ball in the end. I’m delighted for both of them.”

The impact of Caoimhin Kelleher, making his Champions League debut between the sticks, could not be overlooked either, with the captain describing Jurgen Klopp‘s new No. 2 as “a real plus for us”:

“Unbelievable. Outstanding. Some of the saves he made, important saves, distribution excellent, coming out and commanding his area.

“I thought he was outstanding and a real plus for us.”

Andy Robertson also noted the significance of Kirkby in the Reds’ victory, saying it “doesn’t get much better” than three academy players ensuring the win:

Kelleher himself reflected on a “proud night,” while Williams was pleased with an “assist for the boy”:

Henderson added to his post-match interview by giving “massive credit to the young lads in the side,” and the absent James Milner praised “top performances from the young guns”:

For the rest of the squad, including Gini Wijnaldum, Fabinho and Diogo Jota, the focus was on reaching the last 16 early:

The victory allows Liverpool to sharpen their focus on the Premier League, with a dead-rubber clash with Midtjylland providing Klopp a chance to rotate next week, and the aim will be recapturing top spot in the league.

Wolves are next on Sunday night, and the manager will be hoping for a similarly battling display as Anfield welcomes a number of supporters back for the first time since March.