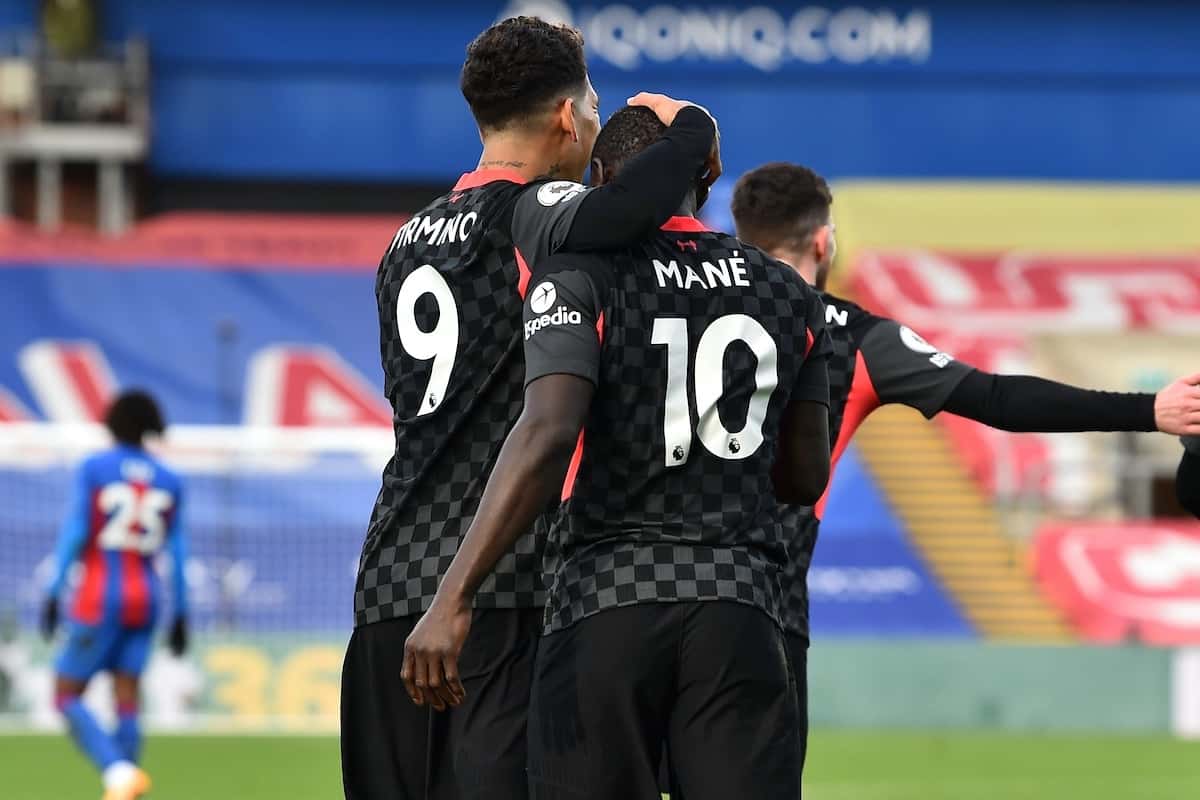 Liverpool were unplayable away to Crystal Palace on Saturday, cruising to an incredible 7-0 win and building a six-point lead at the top of the Premier League.

The Reds were back in action swiftly after having seen off Tottenham in dramatic fashion at Anfield on Wednesday evening.

They made the perfect start, too, as Takumi Minamino made the most of his inclusion, finishing well from close range in just the second minute.

Palace enjoyed a spell on top, missing a couple of good opportunities, and Sadio Mane punished them with a ruthless effort.

It was 4-0 early in the second half, as captain Jordan Henderson curled a beauty into the corner, following good work from Naby Keita and Trent Alexander-Arnold.

Firmino got his second of the day and substitute Mohamed Salah got in on the act twice, completing the scoring as Liverpool produced a finishing masterclass in south London.

Supporters basked in the glory of a superb Reds performance…

The potency of this performance and scale of quality of the goals – touch, turns, intelligence, technique, perfect passes, ruthlessness – has been insane from Liverpool. Unstoppable. Crystal Palace haven't even done much wrong. The champions just getting it right. To the extreme

Games at 12:30 on a Saturday can make or break your weekend.

Thankfully Liverpool have sorted us right out.

Imagine being everyone else in this league checking that result ?

Seven goals, three points, and top of the Premier League at Christmas – it doesn’t get much better than that. It’s been a monumental effort from #LFC to get in this position despite the injuries and, with so many good players now returning, who’s going to stop them?

The quality of finishing today has been some of the best, if not the best I’ve ever seen in a Premier League game.

“Wow! No further words do justice.”

What a performance! Fair to say @BBCMOTD is getting watched tonight.

FUN BOBBY IS BACK!

“Gentlemen, the Bobby Dazzler has come back.”

Reds bossing it on the road just in time for Christmas. Bobby's first reminded me of McDermott's against Spurs in 78. His second a classic Dalglish dink. Klopp's Reds reminiscent of the greatest Liverpool teams. What a statement win

BOBBY FIRMINO IS BACK ? pic.twitter.com/anoiDUCWCi

Numerous other individuals were praised, too…

Running out of words for Andy Robertson. Such a consistently brilliant performer for Liverpool.

Roberto Firmino was at his absolute best. Mo Salah's goalscoring record is mindblowing. Jordan Henderson ran the show in midfield again. Takumi Minamino didn't look one bit out of depth & got his goal. Curtis Jones had the best sideline reaction ever. Very good day for #LFC

“Thrilled for Minamino, looked good most of the game.”

My MOTM and most consistent player is also the most dependable every single game… Jordan Henderson you got my vote?

“Hendo – game reading, stamina to get where he’s needed, directing everyone else on where they need to be. Just perfect.”

Fabinho really went into CB because we had no other options and literally turned into the best CB in the league.

Liverpool are the team to beat once again, and key players are yet to come back…

This is Liverpool at their most vulnerable; like they had to have two keepers on the bench.

And yet, they wallop a good team 7-0 away from home and it’s not like they were good for the entire 90.

Oh, and Thiago is due back soon.

“How good will this team get, with Ox back, and Thiago in January.”

“Lib’pool top of the league.”

Liverpool saying absolute tara to the rest of the league there