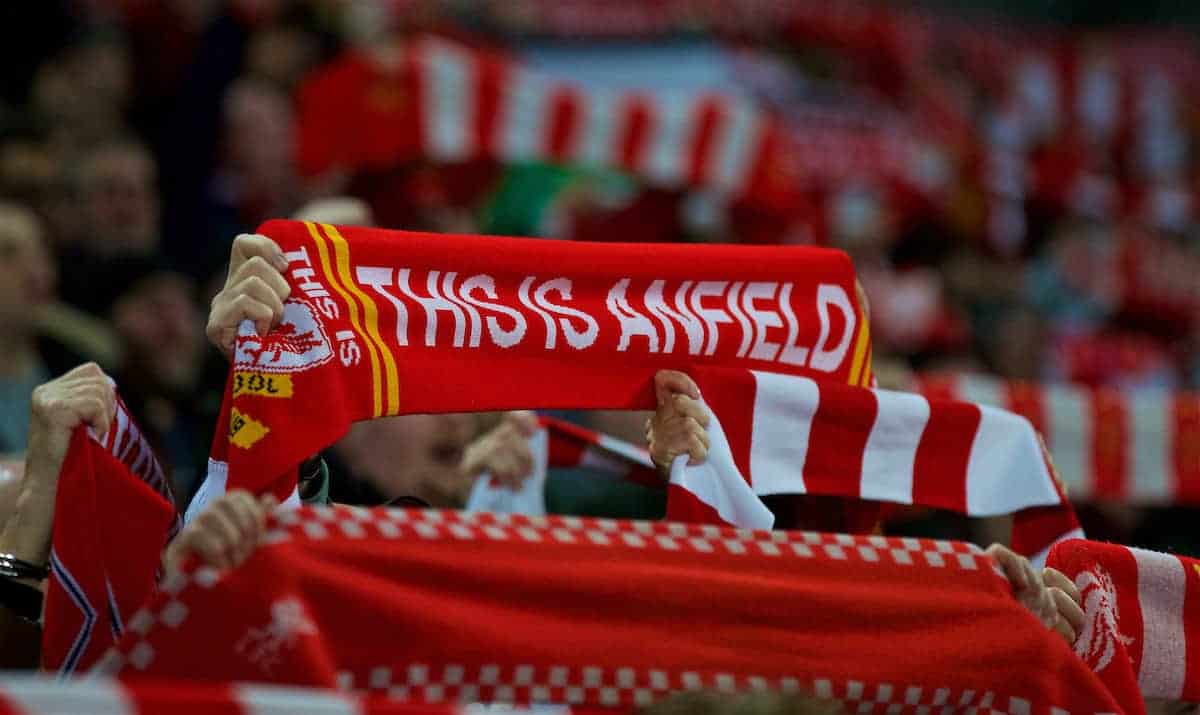 Jurgen Klopp is delighted that the Reds can welcome back supporters to Anfield this weekend against Wolves and hopes they can provide a suitable backdrop to help the champions record another home win.

Liverpool will know by the time they kick-off what type of result will see them go top of the Premier League, with current leaders Spurs playing just before the Reds do in the north London derby.

There, as at Anfield, there will be up to 2,000 fans in attendance for the first time since March and Klopp spoke of the positives at getting fans back – and reminded supporters that their role on matchday remains a pivotal one.

“I hope it’ll be a great experience for all of us. After the long break I think our fans will be in the best possible shape,” he said to reporters.

“Like we’ve always said, when you got o Anfield it is not important how many you are, it’s all about how big your influence will be and i hope 2000 people will be really influential.

“First and foremost they have to enjoy the game! I am very happy that we have them there and let’s make the best of it.”

Klopp reminisced somewhat about his own experiences as a fan – heading to a Stuttgart match as a youngster wearing a jumper knitted in the style of the team kit by a grandmother was a highlight – and said that even with only a small percentage of the stadium being filled, it’s an improvement on what has been the case for the last five months.

“Everything has been more difficult without the fans. Everything.

“We have to deal with no fans, now we get a few back which is really nice, it’s very important for the clubs as well as it gives the chance to show we can deal with more people in a month or two.

“Football is more difficult without supporters. It’s not even half as enjoyable. But it’s still football and we enjoyed it as much as we could so far.

“Now we hope all together we can do this a bit more.”

It’s perhaps fitting that the Reds’ last Anfield league game without fans set a new record for the club’s longest-ever unbeaten streak; now with supporters back in attendance we can head into the almost-post-Covid era by extending that each time we take to the pitch.

It’s a reminder for fans of the role they play on a matchday, and how trips to Anfield or any other stadium shouldn’t be taken for granted by those who get to enjoy them.