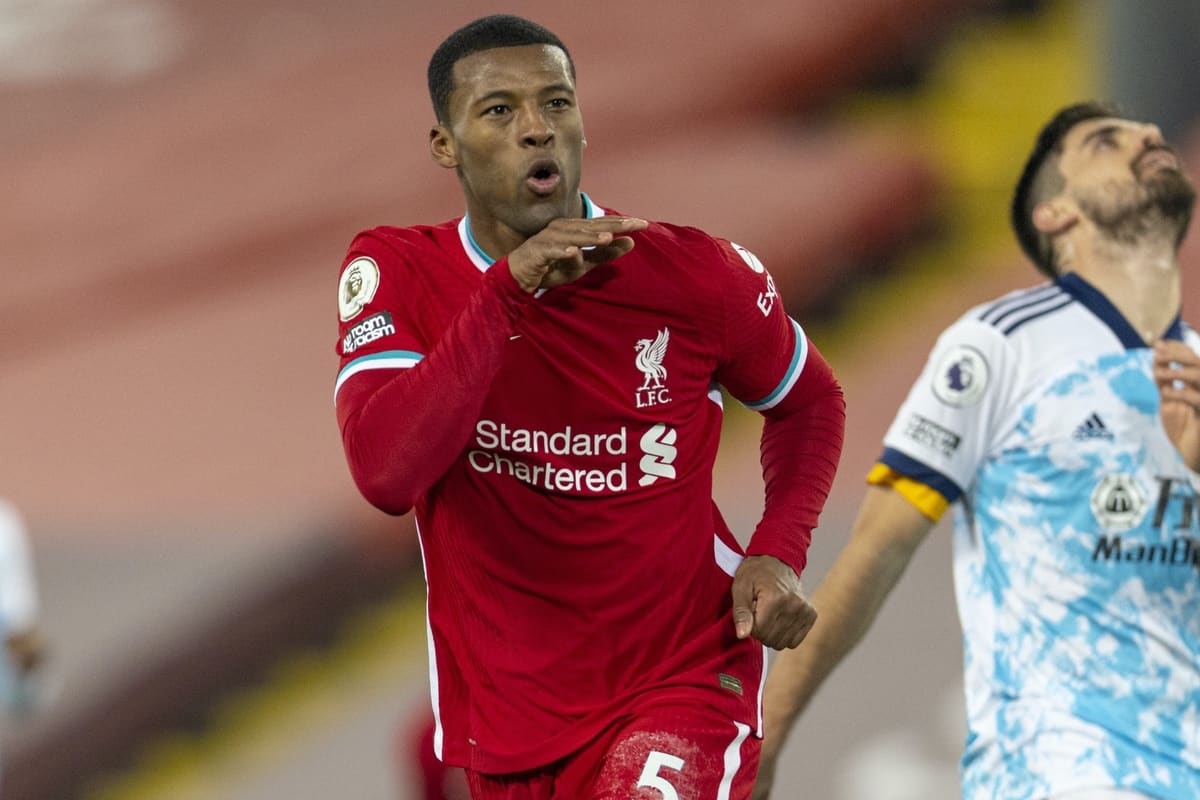 Gini Wijnaldum would not be drawn on questions over a possible new deal at Liverpool after he scored his first club goal of the campaign in a 4-0 thrashing of Wolves.

The Dutchman netted the second goal in a four-goal rout as supporters returned to Anfield on Sunday evening, with shades of his form for the Netherlands.

It was a well-taken strike, arguably the pick of the goals in a comprehensive victory, and it led to further calls for a renewed contract for a player who, despite turning 30 in November, is increasingly important to Liverpool.

Speaking to Amazon Prime after the game, Wijnaldum was asked about the prospect of extending his stay at Anfield, but he reiterated his stance that the ball is in the club’s court.

“I already said in my previous interview, I don’t speak about my contract situation,” he insisted.

“I speak about the games, the performance, football, and the club should speak about my contract.”

While it was repeatedly claimed during Amazon’s coverage of the win that Liverpool have offered a contract, suggesting Wijnaldum was holding off on putting pen to paper, that has been widely reported to not be the case.

At present, it appears that the two parties are at an impasse, with it likely that the No. 5 will depart on a free transfer at the end of the campaign.

It will be a disappointing move if that is the case, but Wijnaldum will clearly be giving his all until his final kick, rewarding the faith of the fans.

“Of course there’s a connection, there was already a connection from the first moment that I came here. The supporters supported me a lot,” he continued.

Asked afterwards about whether Wijnaldum is likely to stay, Jurgen Klopp said: “I hope so, to be honest!”