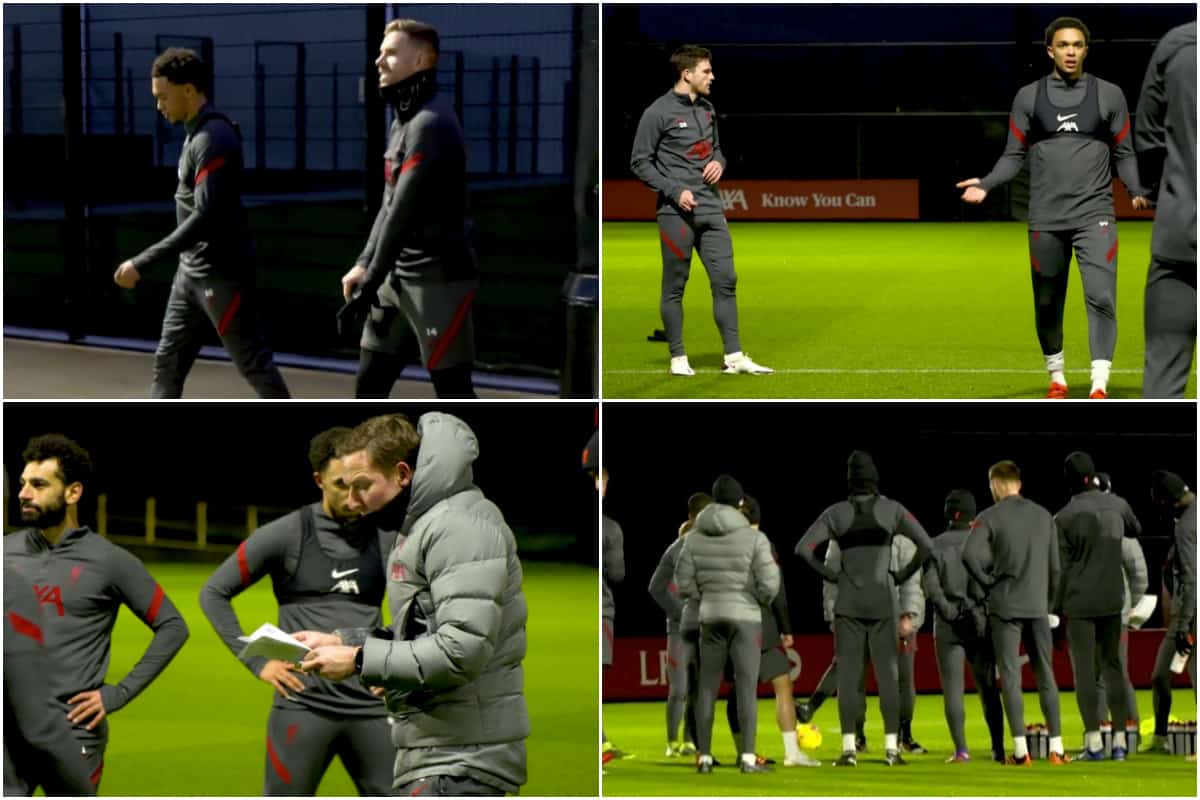 Jordan Henderson and Andy Robertson were involved in training on Friday despite fitness worries after Ajax, while Trent Alexander-Arnold and Naby Keita both returned.

Speaking after Tuesday night’s 1-0 victory over the Eredivisie champions, Jurgen Klopp expressed concern over minor injuries for two of his most important players.

“I don’t know, things like this show up the next day slightly different,” he said, “but in the moment I’m slightly positive about it.”

Fortunately, as the Reds took to Kirkby to prepare for the visit of Wolves, both Henderson and Robertson were involved in the full session, as the manager also welcomed back Alexander-Arnold and Keita.

The likes of James Milner, Xherdan Shaqiri and Alex Oxlade-Chamberlain were still absent, along with Virgil van Dijk and Thiago – the latter of which has not been pictured in the gym at all since picking up his knee injury.

It did not take long for Robertson and Alexander-Arnold to pick up where they left off, with the pair arguing over whether or not the right-back had been nutmegged in a rondo.

There are no new injury problems for Liverpool ahead of Sunday’s clash, though Klopp did admit that “all players are in the red zone” when questioned on the continued involvement of Gini Wijnaldum.

Wijnaldum has played the third-most minutes of any player so far this season, behind only Robertson and Mohamed Salah, and speaking to Dutch broadcasters after the win over Ajax said he was “blessed to stay fit.”

“We take it like it is. Gini was fine now all the time, and after the game,” Klopp explained.

“I don’t want to make a big thing of it. Gini’s playing, great. It’s good that he’s playing.

“All players are in the red zone, not only Gini.”

With no progress in the push for a return of the five sub rule this season, Klopp will continue to gamble with the fitness of his squad, with calculated risks taken every game.

But at present, the situation can be seen as relatively positive, as key players return to availability and Liverpool benefit from a rare break of four days between fixtures. 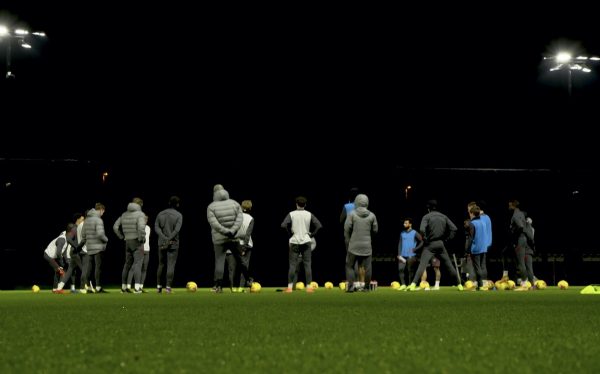