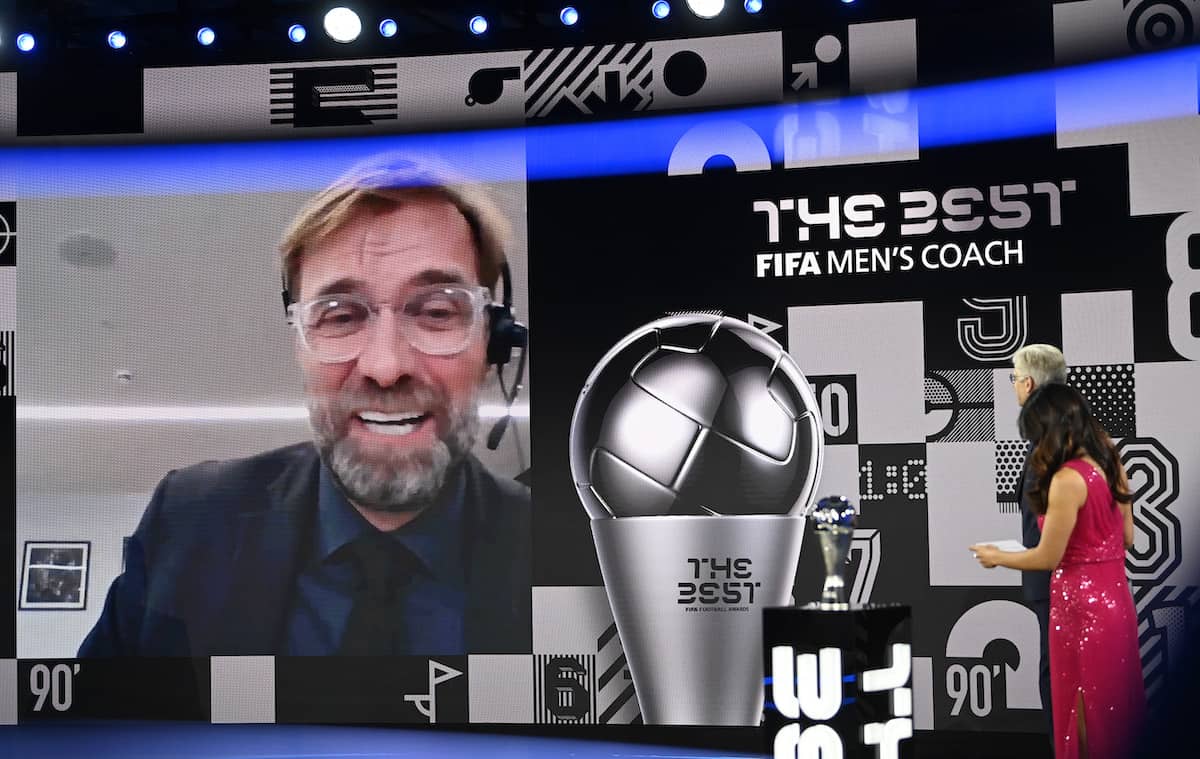 Jurgen Klopp has become the first manager to win FIFA’s annual top coach award twice after retaining the honour he was handed in 2019.

The boss ended Liverpool’s 30-year wait for a Premier League title when he guided the Reds to top spot last season, with an utterly absurd unbeaten run from the start of the campaign lasting almost all the way through to lockdown and a fragmented, strange ending to 2019/20.

A record-breaking campaign in so many regards, Klopp finally became the first boss since Sir Kenny Dalglish to guide the Reds to first place.

That achievement has seen him edge out treble-winning Bayern Munich boss Hansi Flick in being named The Best FIFA’s Men’s Coach for a second successive year.

Leeds‘ Marcelo Bielsa was the other shortlisted candidate for the award.

The winner is decided by votes from fans, journalists, national team managers and captains.

As well as winning the Premier League with 99 points, Klopp also saw his team win the European Super Cup and the FIFA Club World Cup during the year in question, the first time the Reds have ever won the latter trophy.

Meanwhile, Alisson Becker was beaten to the Goalkeeper award by Bayern’s Manuel Neuer, while Wednesday night goalscorer for Spurs, Son Heung-min, won the Puskas award for his solo goal against Burnley.