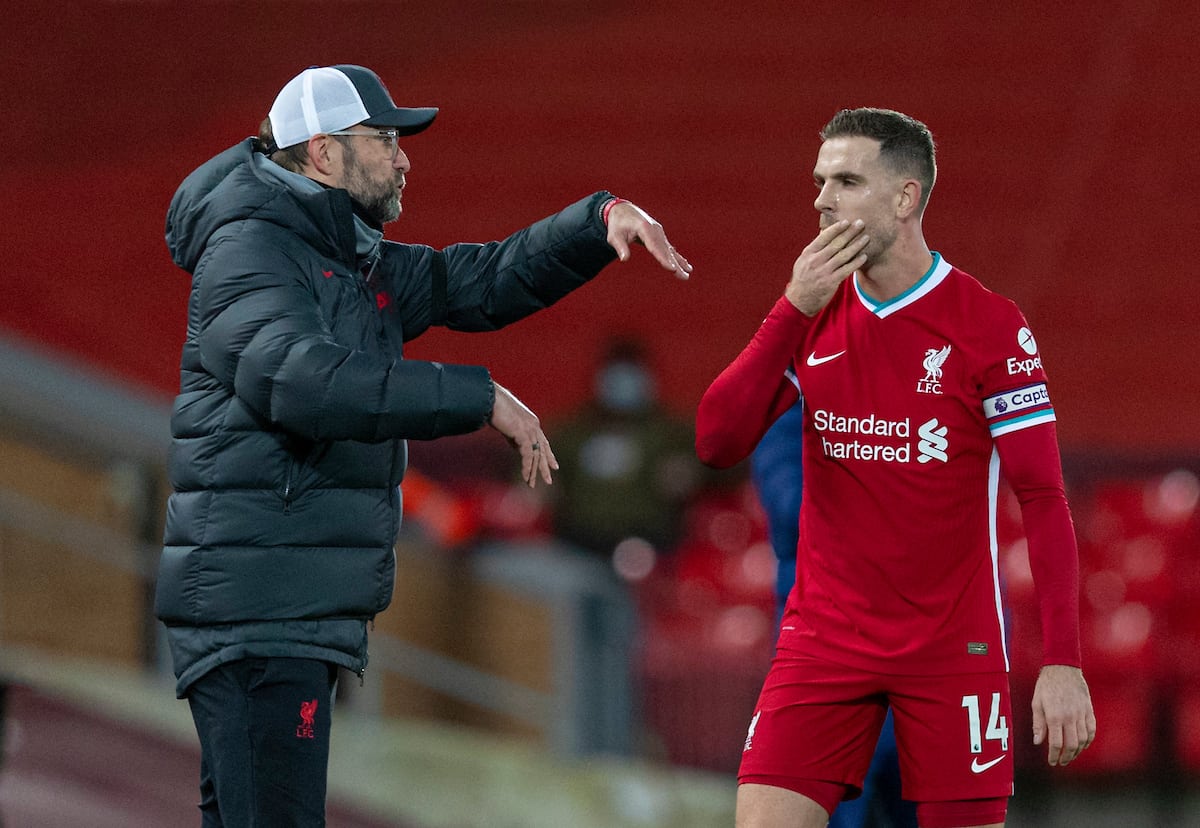 Jurgen Klopp doesn’t think Liverpool’s title-winning exploits last season will hand them an advantage until the closing stages – but more important is the squad’s ongoing desire to win.

In previous title-challenging seasons, accusations against the Reds not completing the job have at times centred around a lack of experience in the squad, though that strangely didn’t appear to have any impact as we dominated the league last term.

Perhaps it was the fact that Liverpool left the competition in the dust from so early on in 19/20, that such experience in close-run finishes to a season didn’t come into the equation – but this year seems it will be rather tighter in nature.

Asked whether last term’s success will be an advantage to the Reds retaining the trophy, Jurgen Klopp said it’s certainly not a factor right now – and might only be relevant in the last weeks of the season, if at all.

“We don’t think about challenging the title at all at the moment. I know it’s kind of boring but it’s the truth – we just try to make sure we are as competitive as possible in the next game,” he said.

“I don’t know about advantages – if you are a complete surprise and top in April then everybody would say ‘ok, maybe with a bit more experience you could do it until the end’ – but even then, it’s the end of April [and] we’re not there now.

“If we’re still top then, we can maybe talk differently, but if we are only two or three points ahead it makes no sense anyway.

“The only advantage you can get is on the pitch in the specific game, nothing else.”

However, the Reds do have one area where they have shown themselves to be more-equipped than some other teams to go on to clinch silverware: their mentality.

It’s an area Klopp has worked on for years with the Reds and he still sees plenty of drive and determination in the squad to achieve far more.

“Being successful in the past can be a different kind of influence: you’ve had enough, you want more, these kind of things. My boys for sure didn’t have enough yet and want more, but it doesn’t make it more likely.

“We created a basis, we have to create much more of it to use it in the end.”

Evidence of that fierce insistence to keep winning more can be seen in the Reds’ long, long unbeaten run at Anfield in the league – which we’ll hope to make 67 unbeaten with a win over West Brom on Sunday.