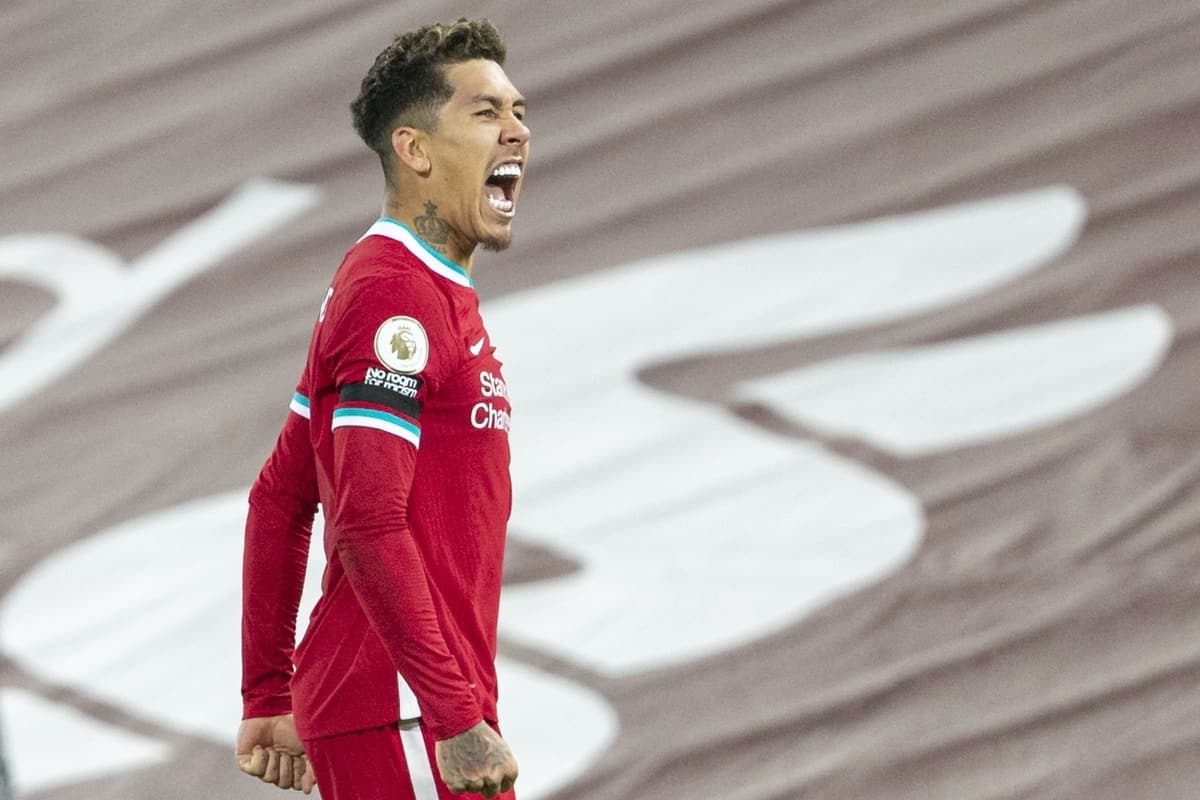 Liverpool manager Jurgen Klopp admits Roberto Firmino wants to score more goals but he will never be put under pressure to do so.

The Brazil international’s 90th-minute header to beat Tottenham at Anfield on Wednesday was only his seventh goal in 2020 and his last away from home came way back in January at Wolves, another late winner.

Firmino’s primary job in Klopp’s game plan is to lead the forward press and he has always consistently been outscored by team-mates Mohamed Salah and Sadio Mane.

And while that does not mean he wants to contribute more, Klopp is not concerned.

“Roberto wants to score goals. We had conversations about that,” he said.

“It’s not that I tell him he doesn’t have to score and he tells me he can score, and all that stuff.

“In a moment when a player is only concerned about scoring, then the problems could theoretically – we don’t have them – start.

“That’s why it’s really important that each player knows the job he has to do in a game. They are different.

Ahead of their Saturday lunchtime kick-off at Crystal Palace, where a point will see them head into Christmas top of the table for the third successive season, Klopp was keen to promote the qualities of another member of his squad.

Midfielder Jordan Henderson is in the running for Sunday’s BBC Sports Personality of the Year award and his manager admits he may be hitting the voting hard in recognition of his captain’s contribution to a title-winning season.

“Can I vote? Do I need an English passport? I can vote on my phone? Am I allowed more votes than one? Then he has a chance… he would have my vote,” said the German.

“For the England national team, he is involved in pretty much everything. He is a great guy and would be a worthy award winner.

“I don’t know exactly who the other people are involved, but he’d be a worthy one.”

Youngster Curtis Jones has excelled recently alongside Henderson in midfield, with more senior players out through injury.

Last season was the breakthrough campaign for the academy graduate but he has kicked on since.

“Some people will say that Liverpool lets you grow up quickly – and I don’t mean the club, I mean the city,” said Klopp.

“When we speak about the kids, we forget Curtis constantly because we don’t see him as a kid any more. But he is.

“We just want him to keep working hard and be who he is. The future could be pretty bright.”