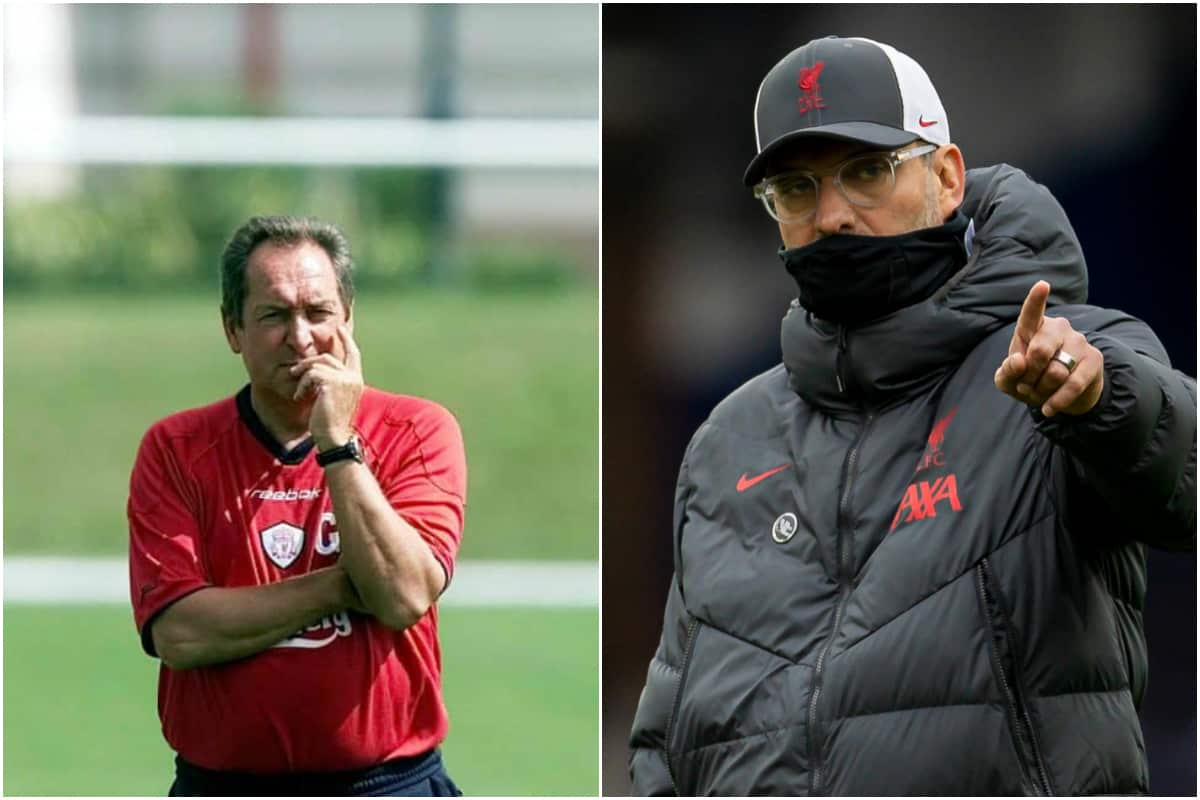 Houllier has died at the age of 73, with the news shocking the football world and particularly those within Liverpool, following his vital role in the club’s rejuvenation.

Players and staff both past and present have honoured the former Reds manager in the wake of his passing, and fans will have the opportunity to do so when 2,000 attend the midweek clash with Tottenham at Anfield.

Speaking in his pre-match press conference, Klopp reflected on his memories of Houllier as “only the best,” describing him as “a true legend of this club.”

“I met him a few times, since I’m at Liverpool we were in contact, he texted a lot of times,” the manager said.

“A big miss. For his family, 100 percent, for his friends, but for us, for Liverpool, as well. A true legend of this club.”

With Liverpool having moved into their new home at Kirkby a month ago, they have bid farewell to the Melwood facility that Houllier had a key role in renovating during his time in charge.

Houllier dragged the Reds out of the bad habits of the ’90s and into the modern era, and while his influence was perhaps divisive early on, he is widely regarded as one of the most important figures in the club’s recent history.

Klopp believes he “would have loved to see” the new training ground, with a similar transition taking place this year to two decades ago under Houllier.

“Yesterday when I went out here [I thought], what we would have loved to see, 100 percent, would be our new training ground,” he continued.

“Because, as you know, he was very influential in the rebuild and modernising of Melwood, and during the construction work here we were in contact and he asked me how it will be.

“So he would have loved to see that. Sadly, he cannot see that – or not from here at least.”

On the prospect of a fitting occasion at Anfield against Spurs, he added: “Tomorrow night, I’m pretty sure our supporters will pay tribute in the appropriate way.”