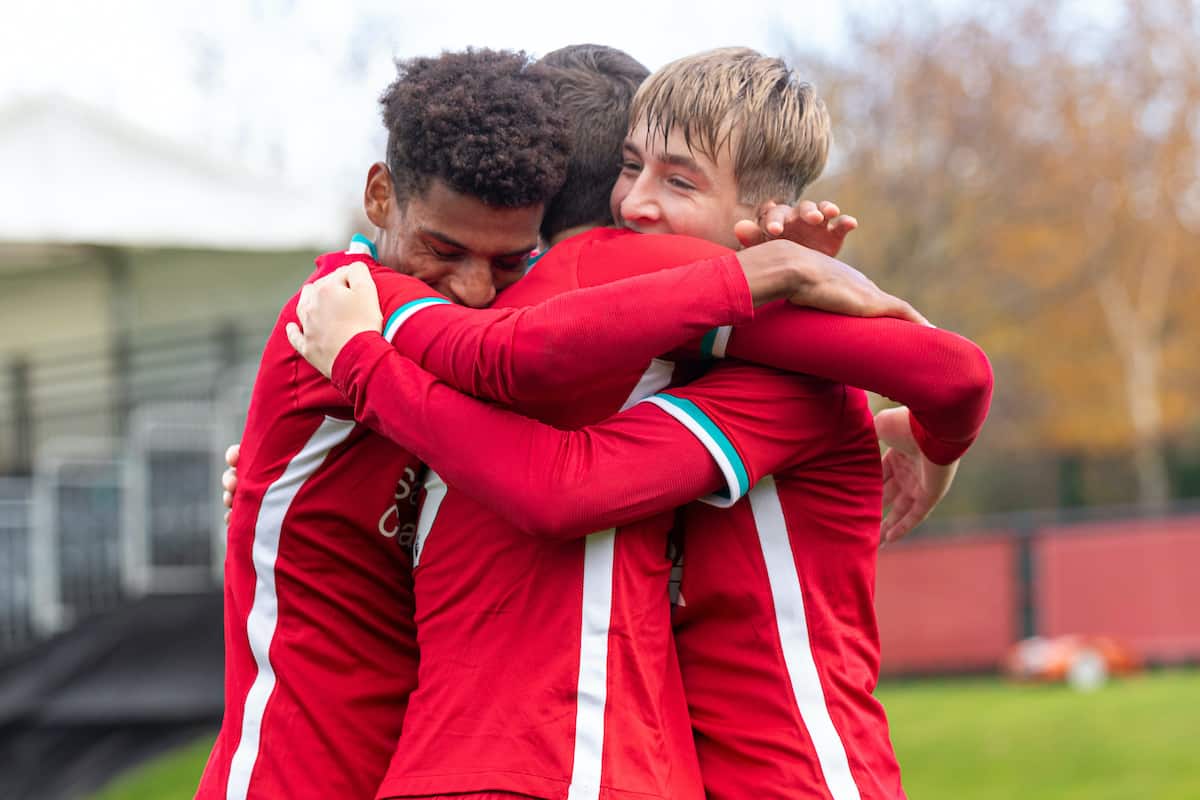 Liverpool’s under-18s continued their affinity with high-scoring affairs as they dispatched Middlesbrough 4-1, where three Reds scored their first goal of the season.

Marc Bridge-Wilkinson’s young Reds were back on the road following a topsy-turvy 4-3 defeat to Man United last time out, knowing a win would keep them within touching distance of their rivals at the top of the table.

A total of four changes were made to the starting lineup, with the prolific Layton Stewart the notable absentee due to his involvement with the under-23s on the same afternoon.

Terrence McLaughlin-Miles, Luca Stephenson, Mateusz Musialowski and 16-year-old Oakley Cannonier came into the fold, with the latter scoring in the first 12 minutes.

It was the Reds’ second goal of the afternoon in what was a blistering start, as Jarell Quansah opened Liverpool’s account with just four minutes on the clock – the first of the season for the ever-present.

And the dominant start was rightly reflected on the scoresheet when Cannonier found the net after James Norris provided the crucial pass for the teenager who is widely known for his role in that Trent Alexander-Arnold corner against Barcelona. 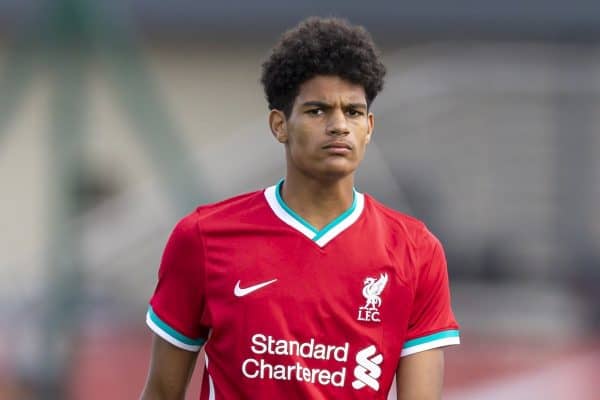 The second half took longer to set alight and it was the hosts who struck first as they looked to peg back the deficit, with Josh Coburn firing beyond Jakub Ojrzynski with 70 minutes gone to deny the Pole a clean sheet.

But Boro’s hopes of striking next to wipe out Liverpool’s early advantage were swiftly dashed when they handed Norris a chance to hit back from the penalty spot.

The left-back made no mistake as he made it 3-1 to the Reds after 73 minutes, as he became the second player of the afternoon to notch his first goal of the season for the under-18s.

Not to be outdone, Harvey Blair, who entered the fray just after the hour mark, also added his name to the list of ‘firsts’ after working his way onto the end of Dominic Corness’ pass to cap off an enjoyable afternoon for Bridge-Wilkinson’s side.

The result returns the young Reds to winning ways and keeps them three points behind leaders Man United ahead of another road trip next week at Derby.