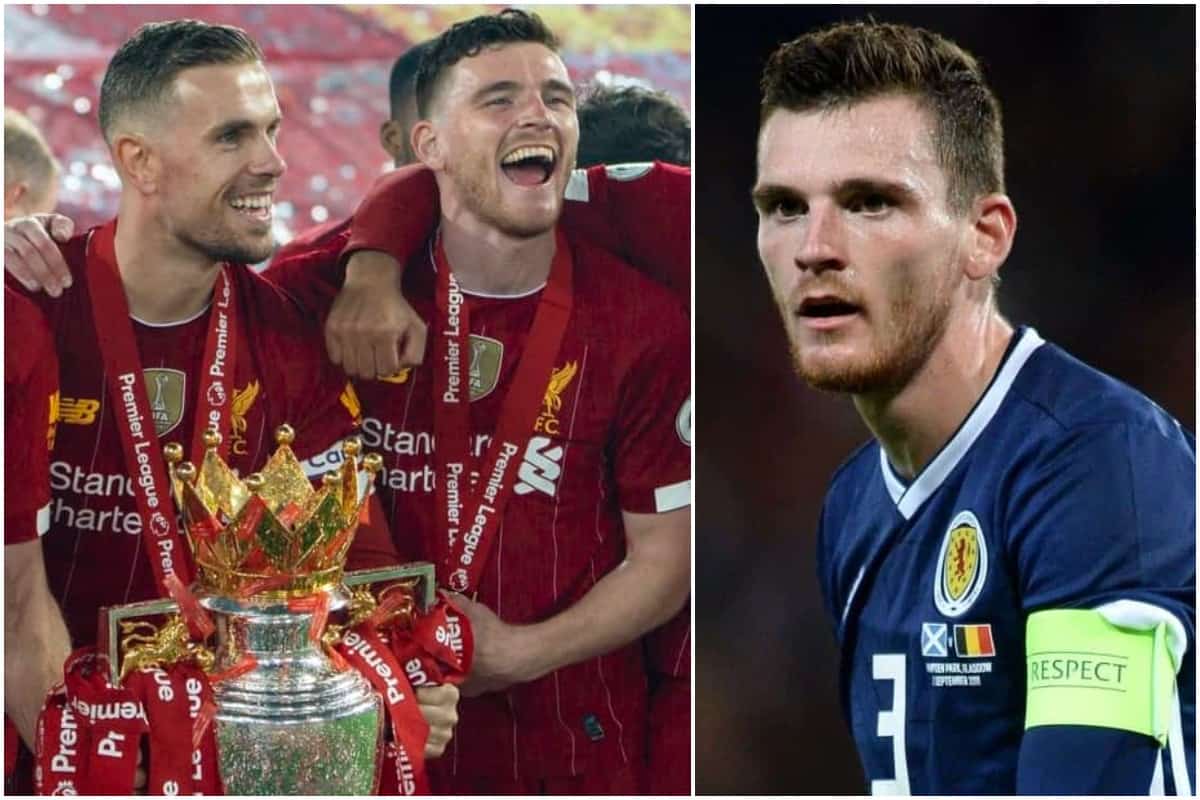 While 2020 was not a normal year by any standards, for Liverpool it was an exceptional one.

An emotional Jurgen Klopp cried in his live television interview when their first league title since 1990 had been confirmed by, of all things, rivals Manchester City losing at Chelsea.

It was not quite an end to 30 years of hurt – the club had won two Champions League titles, a UEFA Cup, two European Super Cups, three FA Cups and three League Cups during that time – but this was the big one, the one the club and its fans had spent three decades yearning for.

That confirmation did not come until late June because of a three-month hiatus due to the national lockdown, which only intensified the agony and the ecstasy as, for a while, a ‘will it-won’t it’ scenario with calls to void the season left the outcome hanging in the balance.

Calls to void the season came loudest from clubs near the bottom of the table, but in the upper echelons Liverpool were in a different stratosphere as when football came to a halt they had amassed an incredible 25-point lead over City and needed a maximum of two more wins to clinch the title in record time.

That the advantage had reached such huge proportions was down to a remarkable run which did not see them lose a match until a shock defeat against Watford in late February and by the time the campaign was suspended they had still only dropped five points out of a possible 87.

After three months of uncertainty over whether the champions-elect would have the title snatched from their grasp, football resumed in June and, in keeping with the unusual season, Liverpool’s coronation was confirmed on a night when they did not even have to play with Willian’s 78th-minute penalty for Chelsea starting the celebrations at the Reds team hotel base.

“It’s the best thing I can imagine and more than I could have ever dreamed of. I have no words, it’s unbelievable,” said a tearful Klopp.

In Scotland, Celtic made it nine titles in a row after an average points-per-game method was used to determine final league positions, leading Hearts to pursue unsuccessful legal action after being relegated to the Championship.

Time finally caught up with Celtic as Rangers began the new campaign looking like the dominant force under the management of ex-Liverpool captain Steven Gerrard.

Scotland’s national team, meanwhile, celebrated qualifying for their first major tournament since 1998 by dancing to 1970s disco classic ‘Yes Sir, I Can Boogie’ after defeating Serbia on penalties.