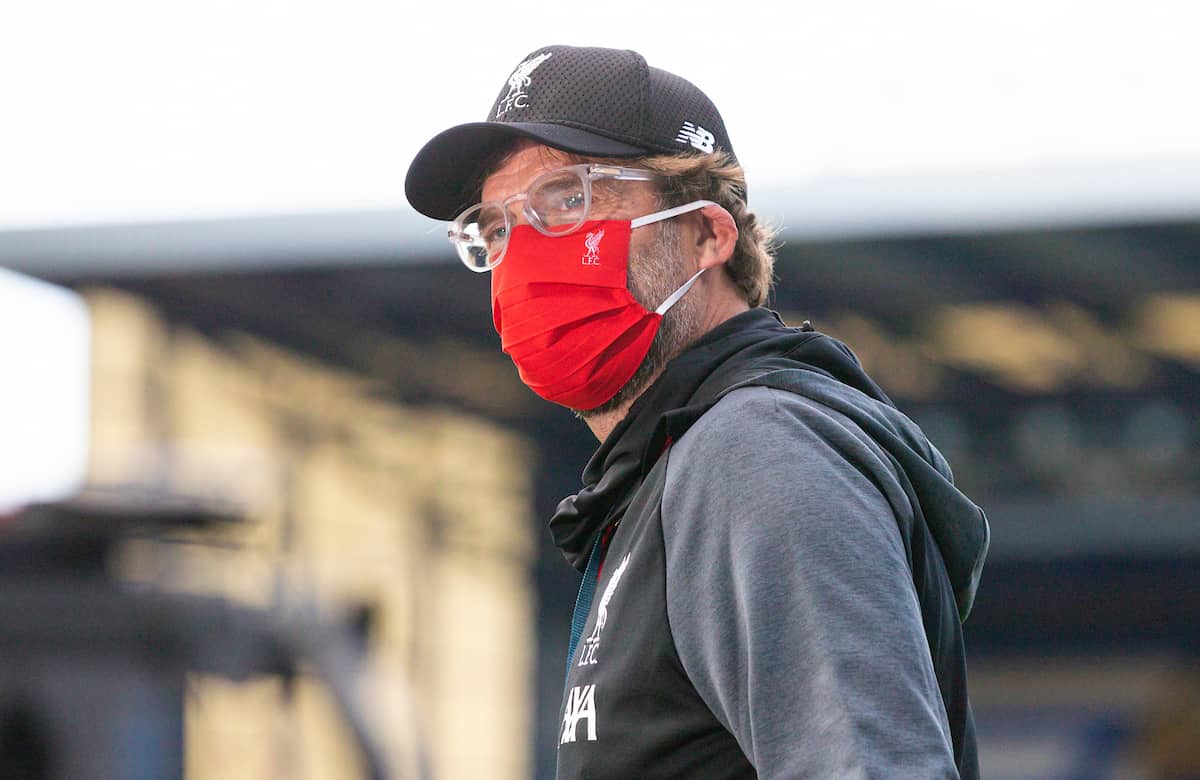 Fans will be required to wear masks at all times when they return to Premier League games this weekend, as part of the plan to get more supporters back this season.

Arsenal welcomed 2,000 fans to the Emirates on Thursday night, the first time any top-flight team had played a competitive game in front of supporters in England since the Reds’ Champions League game against Atletico Madrid in March.

Liverpool will get their own chance to do the exact same on Sunday night, with 2,000 in attendance against Wolves.

Premier League clubs have agreed new measures and policies for fans attending from this weekend onwards, reports the Times, with the ultimate aim of getting stadiums “up to a third full” before the end of the season.

The league have decided to go above and beyond the requirements issued by the government in the hope that it shows clubs are more than capable of hosting larger-scale outdoor events without increasing risk of transmission of coronavirus.

Liverpool’s only game since March with fans was the pre-season friendly in Austria with Salzburg, but Anfield will finally welcome back the first lucky few on Sunday and these are the rules they’ll have to comply with:

Wearing a mask at all times means clubs can reduce the social distance restrictions to one metre, which will allow for more fans to be brought into the stadium than if the two-metre ruling was enforced.

The Premier League will also ask for games to be used as pilot events for more than 4,000 fans and the hope is that Sports Ground Safety Authority’s guidance from earlier in the year – pre lockdown 2.0 – will again be used as a capacity target, allowing clubs to fill their grounds between 25 and 30 per cent.

For Liverpool, Anfield’s 54,000 capacity means that up to 16,200 supporters would be allowed in if the club was granted leave to fill 30 per cent, or 18,000 if we were allocated a full third capacity, as the Times‘ report suggests some clubs hope to achieve.

Two thousand this weekend is just the start, and a small step back to where we want to be. Supporters should never take being at Anfield for granted again after 2020, that’s for sure.